This is the handheld's lowest price ever. 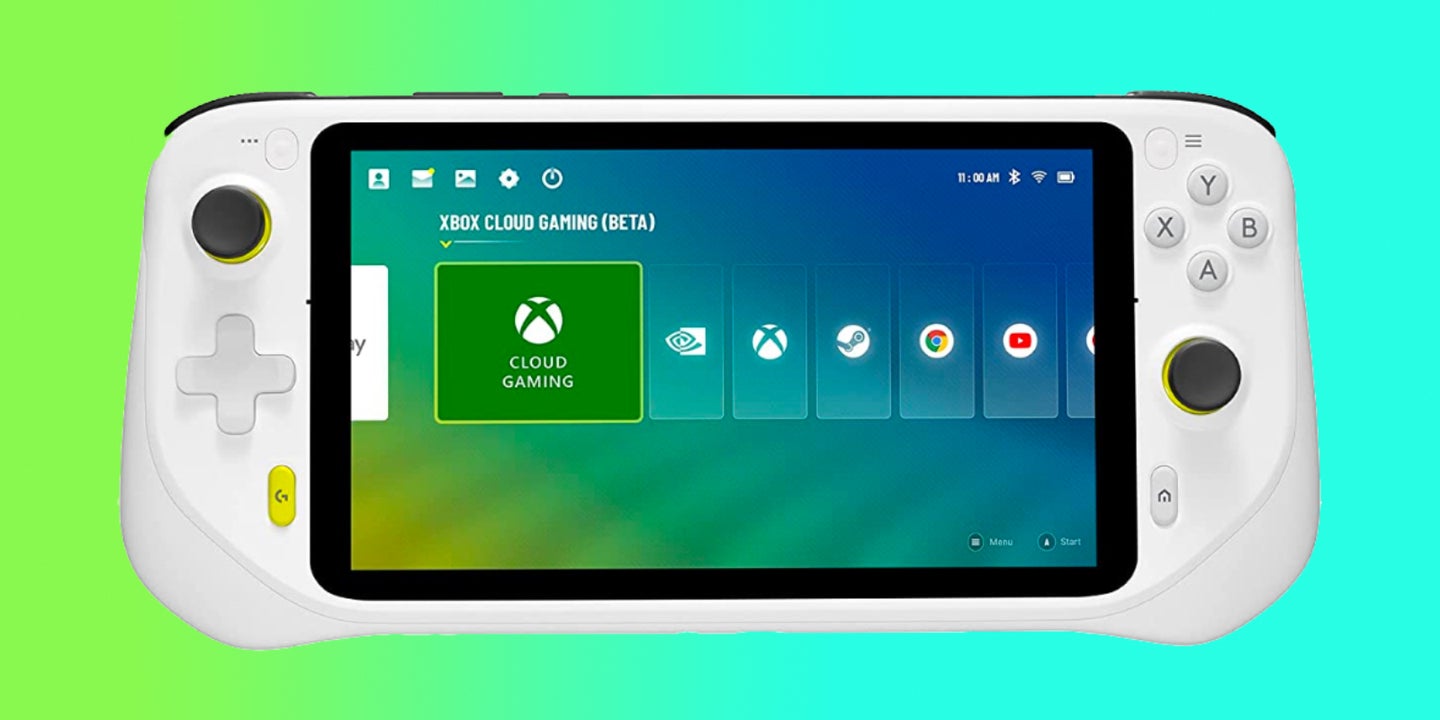 The G Cloud is Logitech’s first-ever dedicated portable gaming system, and the cloud-enabled device is on sale for the first time ever for Cyber Monday. The $50 discount brings the G Cloud down to $299, which is in line with the Nintendo Switch. Handheld gaming has had a renaissance lately, and the G Cloud is one of the most interesting consoles out there. So it’s a great time to take advantage of this Logitech G Cloud deal for Cyber Monday 2022.

The G Cloud runs Android, and as its name suggests, its primary purpose is playing games from streaming services like NVIDIA’s GeForce Now, Xbox Remote Play, and PlayStation Remote Play. This works very well in our tests but requires a fast, constant connection to the internet to work. You can play Android games offline, but the G Cloud is meant to be an internet-connected device. Under the right circumstances, games run beautifully and look gorgeous on the device’s 7-inch 1080p display. The G Cloud has enough processing power and memory to quickly load apps, and switch between them with ease.

A $50 discount may not seem like very much, but Logitech only released the G Cloud a couple of months ago, so any discount is pretty surprising. If you’re into handheld gaming and always play games in a place with a strong WiFi network, the Logitech G Cloud deal for Cyber Monday 2022 is one of the best gaming discounts we’ve seen.