The 55+ best Black Friday appliance deals to upgrade your home

Make some upgrades to your home and kithcen 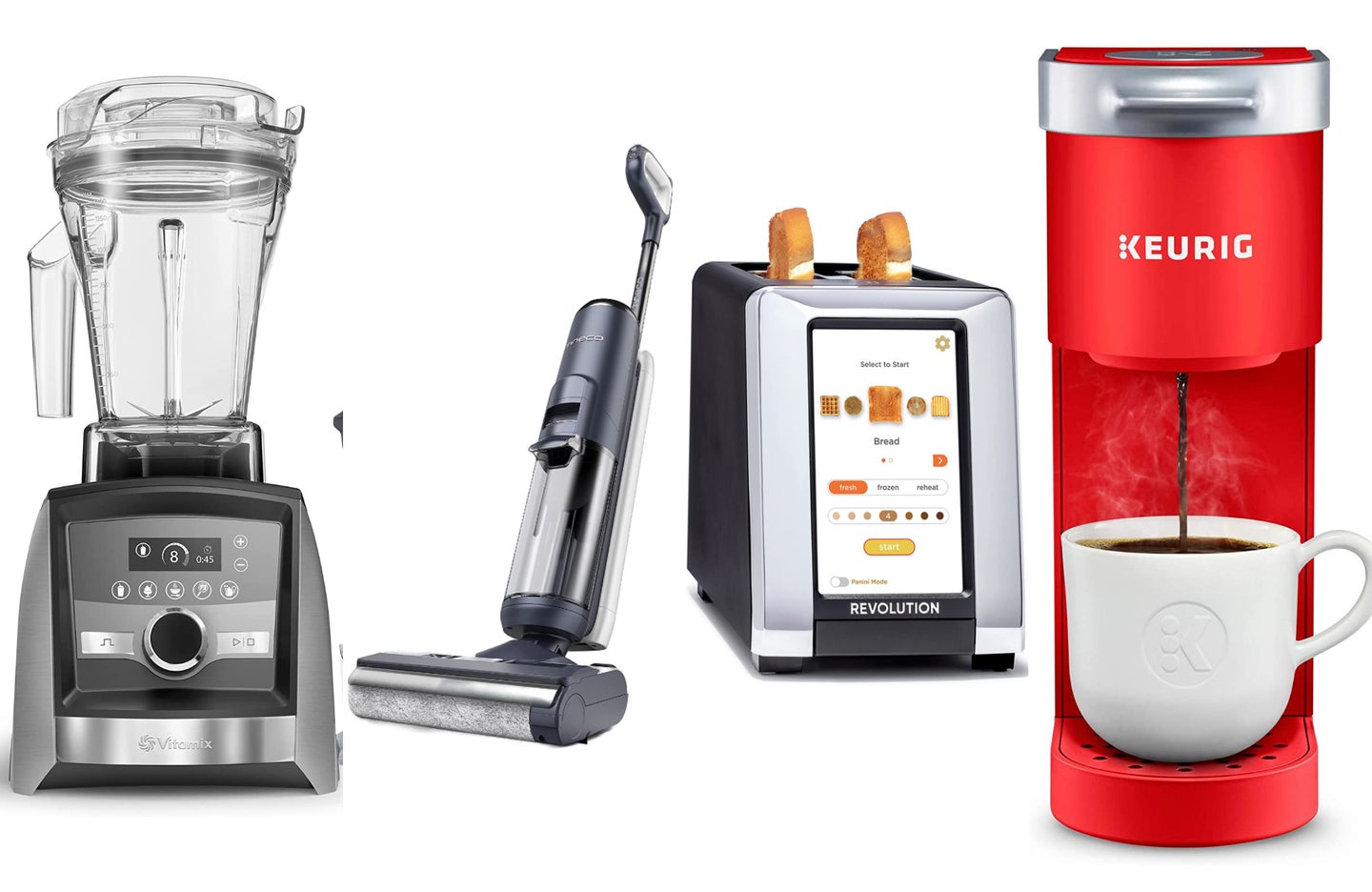 Black Friday is finally here, and you can save hundreds of dollars on appliances that will make cooking and cleaning a lot easier. Whether you’re interested in finally checking out an Instant Pot and air fryer, or just want a consistent cup of coffee every morning, we’ve rounded up the best deals for your convenience. It’s important to recognize that these deals will only be around for a couple of days—or until an item sells out—so you should act quickly if you see something you like. We’ll be continuing to update this post as new deals become available and older ones end, so check back often. We stand behind all of the deals we’ve chosen to feature, but would like to highlight two particularly good discounts of the best Black Friday appliance deals to give you a small taste of what’s out there.

Vitamix’s 5200 Blender is powerful enough to cut through frozen fruits and vegetables for smoothies or make hot soup in a matter of minutes. Its 64-ounce container is large enough that you can easily batch cook meals, or prepare a meal for an entire family. The blades spin so rapidly that you can clean the blender by filling the container with a little soap and water and running it for about a minute. The one downside to Vitamix’s gear is its expense, but this Black Friday appliance deal knocks nearly 50 percent off the 5200’s price.

If you’re looking for an upscale beverage cooler, this model holds 57 12-ounce cans and 19 bottles of wine in a two-chamber system with independent temperature controls. That way you can keep your Dr. Peppers frosty and your wine at a sophisticated chill. If you don’t need the can storage and only want to stow your vino, opt for the 30-bottle model, which is currently $499 down from its normal $648.

The iRobot Roomba i3 EVO is one of the few Black Friday deals that will actually save you time every time you use it. The robot vacuum uses sensors to map out your room and clean it as efficiently as possible while avoiding obstacles like walls, chairs, or shoes on the ground. You can use the vacuum on any cleaning surface, and set it on a schedule so that vacuuming never interrupts important meetings or your sleep. The i3 EVO can even be controlled using your voice via Amazon’s Alexa or the Google Assistant. If you’re trying to make life easier for yourself in 2023, this is the Black Friday appliance deal to get.