Some stars survived—but others were completely destroyed in the virtual encounter. 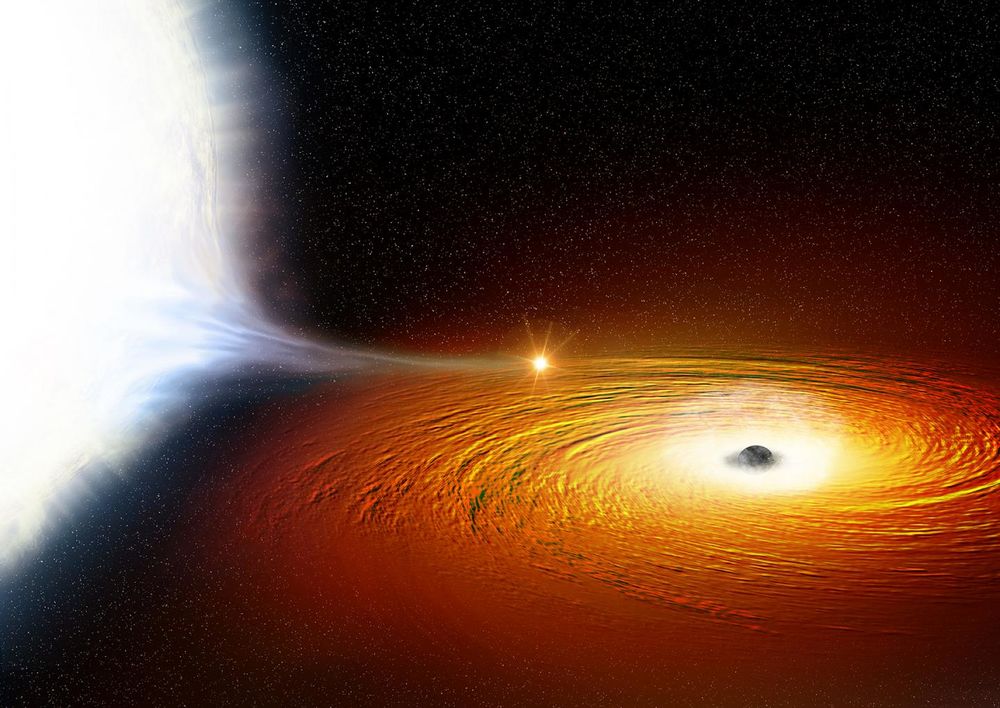 An illustration of a black hole pulling gas and plasma from a nearby star. NASA/CXC/M.Weiss
SHARE

Virtual stars fought for their lives against a simulated black hole in Germany at the Max Planck Institute for Astrophysics. The black hole’s gravitational pull stretched, distorted, and disrupted those stars–in some cases completely pulling them apart into streams of gas.

This simulation, led by theoretical astrophysicist Taeho Ryu, a fellow at the institute, sent eight stars of different sizes and densities towards a black hole. The virtual void pulled at the stars with a mass that is 1 million times that of the sun. The stars varied in size from one-tenth of the sun’s mass to 10 times its mass, and each interacted differently with the black hole’s gravity. The stars followed a U-shape trajectory that took them as close as 24 million miles away from the black hole, where its pull began to have major effects.

Some of the simulated stars were completely pulled apart and unable to reform as they drifted away from the black hole. Others, though, were only partially disrupted, and their own gravity pulled the stars back together as they moved away from the black hole. The ability of the stars to reform depended slightly on the mass of the simulated stars and more strongly on their internal density.

The team also looked at other factors that affected the simulated stars and their ability to maintain or regain their shape, including different black hole masses and varying the stars’ approaches to the black hole. Each factor had different effects on the tidal disruption, or the ripping of the stars into spouts of gas.

This simulation was the first of its kind to fuse the effects of Einstein’s general theory of relativity with simulated stars that had realistic internal structures. Virtual simulations such as these help astronomers gain a further understanding and clearer picture of how these cataclysmic interactions occur across the universe