A dance of destruction 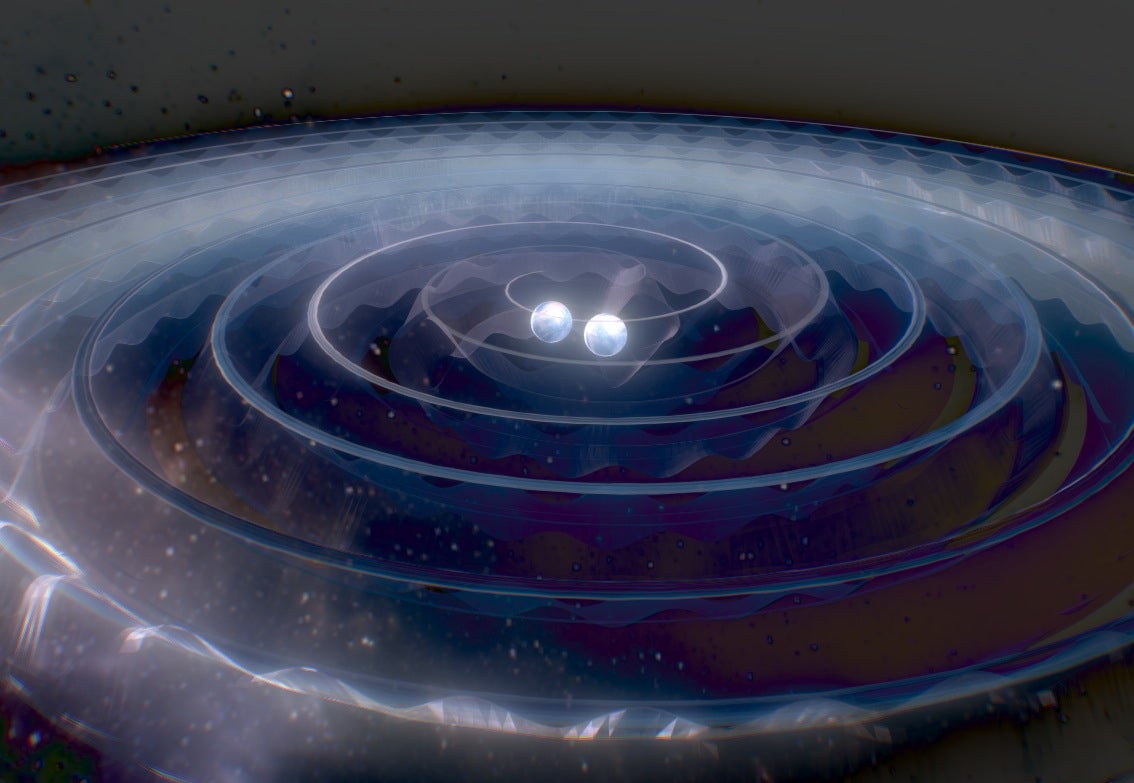 In case you haven't heard, scientists announced Thursday that they have detected gravitational waves for the first time, which is a huge deal for several reasons, including the fact that it confirms the predictions of Einstein's theory of general relativity. Sketchfab user moroplogo animated the collision of two black holes that allowed scientists to detect the waves. Moroplogo/Sketchfab
SHARE

Einstein was right. A hundred years ago, he predicted that really big objects in space can create ripples in the fabric of space-time. Today, scientists announced that these gravitational waves have been detected directly for the first time.

The confirmation came from the Laser Interferometer Gravitational-Wave Observatory (LIGO), based in Louisiana and Washington State.

The signal announced today came from the collision of two black holes. As Popular Science‘s Sophie Bushwick explains, the two black holes twirled around one another as they approached each other. The closer they got, the faster they spun, until they finally merged together into one giant black hole. The violent union released gravitational waves that LIGO detected as a “chirp” signal.

Below, this animation from Sketchfab user moroplogo explains what the black hole collision, and resulting gravity waves, may have looked like. Click around for a closer view.

gravitational waves by moroplogo on Sketchfab