And why it has a limited lifespan in the sky. 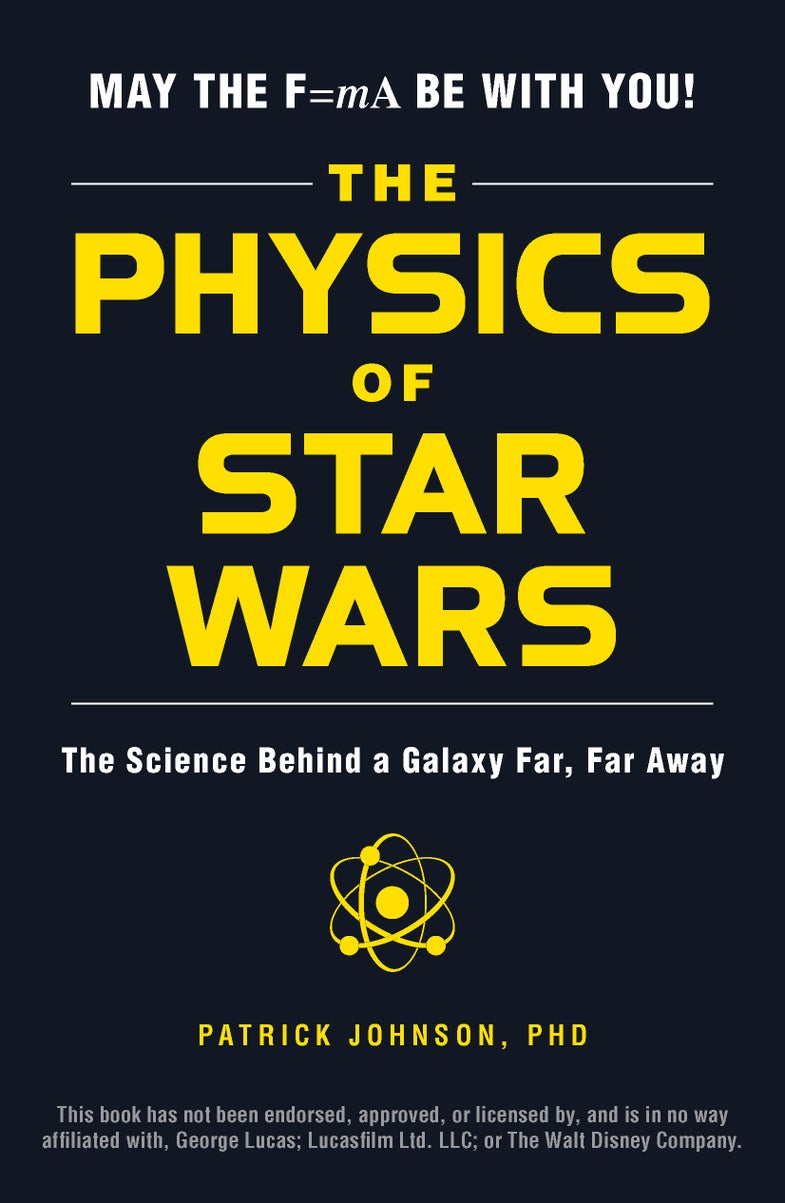 The following is excerpted from The Physics of Star Wars: The Science Behind a Galaxy Far, Far Away by Patrick Johnson.

“Lando conned somebody out of it.”—Han Solo (Episode V)

WHEN Episode V, immediately after the escape from Hoth

Cities of the future as depicted in science fiction are often floating in space (think the Jetsons). This may have to do with concerns that at some point life on Earth may not be viable. In the near future, we’ve got climate change to worry about; in the long-term there are all kinds of reasons we might need to relocate. Other planets tend to be less hospitable than Earth, so it makes sense that the imagination would go to an idealized, fully controllable environment like a floating home. Is that possible?

Star Wars provides us with a perfect example of a science fiction floating city: Cloud City. Cloud City has an atypical backstory. Floating above the surface of the planet Bespin, the city was specifically designed to harvest tibanna gas rather than to house a displaced population. Tibanna gas is used in all kinds of technology in the Star Wars galaxy, including, but not limited to, blasters and repulsorlifts. Being one of the few sources of the gas, Cloud City enjoys financial success from its mining operations. Does it make sense to harvest gas from a gas giant planet? What happens if you harvest the entire planet?

THE PHYSICS OF STAR WARS

It would be quite difficult and expensive to suspend a city above a planet. Probably the simplest way to accomplish this would be to have the city exist in a very low orbit around the planet. To maintain such an orbit, the city would have to move horizontally quickly enough that the planet curved away from it just as swiftly as the city moves around it. If the city can keep traveling at that speed it will maintain orbit and never crash down into the planet. When an object is in orbit, it’s actually falling the entire time, it just moves to the side fast enough to always miss the surface of the planet.

Why is this the simplest solution? Let us consider the difficulties involved in instead hovering above the surface in one place. Assume for the sake of argument that Cloud City is an ellipsoid (a stretched-out sphere) that is about twenty kilometers across and five kilometers from top to bottom (this can give us an idea of the different forces required to maintain Cloud City’s elevation). Also assume that the stratum of atmosphere Cloud City is in has about the same density of air as near Earth’s surface. Finally, assume that the planet has a diameter of 73,322 miles (this is often cited as the diameter of Bespin).

With these assumptions, the city would need to orbit the planet at around 54,000 miles per hour. Satellites orbiting Earth typically travel around one-third of this speed, so that’s fast, but not out-of- this-world fast. The drag force on something the size of Cloud City as it traveled this fast through air would be about 6.74 × 1018 pounds, or about one-seventh the force between Earth and the Moon.

Let’s compare that to the force required to just hold up Cloud City. If we assume the entire city is made out of steel (to get a very rough estimate of the force required), then the necessary force would be 3.82 × 1025 pounds, or about ten thousand times the force between Earth and the Sun.

We’ve oversimplified the issue, but still, the force of drag is ten million times less than the lift force. This clearly indicates that it would be easier to have an orbiting city than to have a stationary/hovering city. Of course, an orbiting city introduces its own issues, such as having to find where it is every time you visit.

Ignoring the difficulties involved in getting the city constructed and into orbit, wouldn’t harvesting the gas eventually become a problem? After all, there is less and less of a planet to orbit as time goes by. The short answer is yes; you could mine the entire planet.

As gas is mined, the mass and radius of Bespin would gradually decrease as to approximately maintain the planet’s density. During this reduction in the planet’s size, the pull of gravity would become weaker and weaker. As this happened, both the force to support the city and the force to keep it in orbit would decrease. Eventually, the mass of the city would be greater than the mass of the planet, and the planet would orbit the city which in turn would start orbiting the nearest star.

THE PHYSICS OF REAL LIFE

The idea of Cloud City probably sounds a little far-fetched, and rightfully so. As of the writing of this book, there are no floating cities around Earth, but there is an orbiting habitat designed for a few humans in the International Space Station (ISS). Just like the space station, if Cloud City were truly in orbit, everything in the city would appear weightless because everything would need to be in orbit in the same way. Unlike Cloud City though, the ISS does not have artificial gravity, so all of the people and objects on the ISS appear weightless. This is because everything in the ISS is in the same orbit as the station itself. Other aspects of Cloud City’s setup are less fantastical.

The idea of creating a floating mine over a gas giant to harvest its gas has actually already been considered by NASA. In a report put out by NASA from April 2015, Bryan Palaszewski describes methods and vehicles that can be used to harvest gas from the outer planets of the solar system. He details the use of unmanned aerial vehicles that would harvest helium gas from the atmospheres of Neptune and Uranus before returning to a mother ship in orbit around the planets to deliver their payload. Perhaps the most interesting aspect of this report is the suggestion of the vehicles harvesting hydrogen alongside the helium with the goal of burning the hydrogen to power the rockets back up to the storage vehicle. The vehicles would actually be able to refuel themselves while they work.

Some exploration of the outer planets of the solar system has been done to determine whether it would be worth harvesting their gases. To this day we don’t know much about the atmosphere and composition of the outer planets, but we have made some interesting measurements using the Galileo probe launched in 1989. While Galileo was orbiting Jupiter, it took a number of pictures and measurements of the surface and atmosphere of the planet.

The most dramatic measurement made by the Galileo satellite was the impact of Comet Shoemaker–Levy 9 with Jupiter in 1994. Fragments of this comet were about 1.24 miles in diameter and hit Jupiter at a speed of around 134,000 miles per hour. This collision is the most cataclysmic event ever measured in the solar system. The collision of Fragment G with the surface released in one instant the energy of about six hundred times the earth’s nuclear arsenal. It left a crater on the surface of Jupiter about 7,456 miles across that is still visible to this day.

Excerpted from The Physics of Star Wars: The Science Behind a Galaxy Far, Far Away by Patrick Johnson. Copyright © 2017 Adams Media, a division of Simon and Schuster. Used by permission of the publisher. All rights reserved.