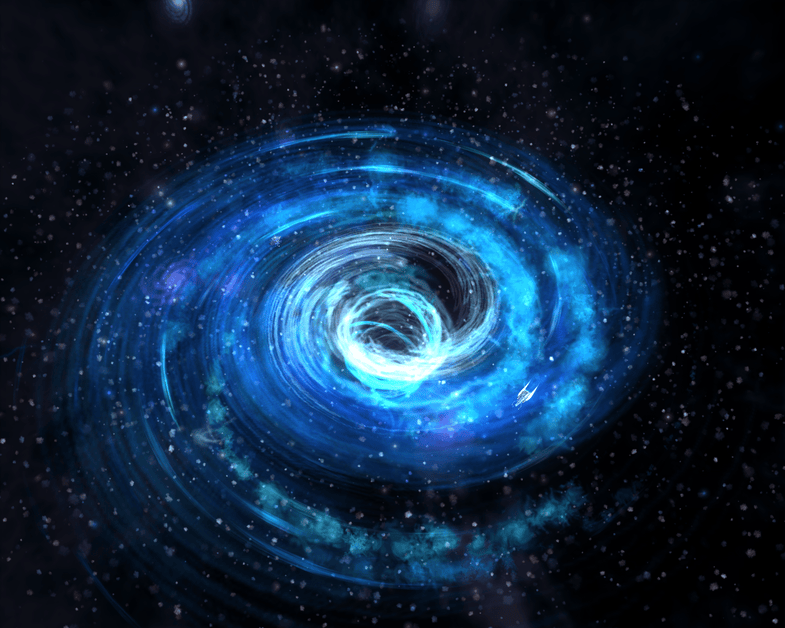 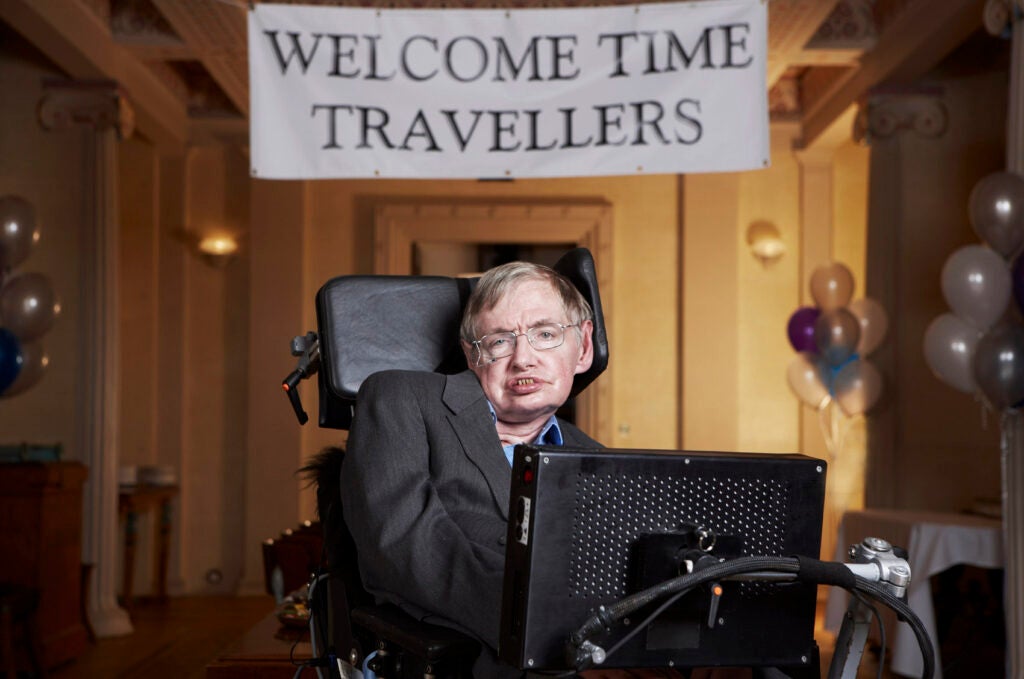 What would happen if you fell into a black hole?

This question is not only entertaining (you might turn into spaghetti, according to some theories), but it’s also important to theoretical physicists. Unfortunately, they’re not even sure what happens when a single particle falls in, and it’s been a big problem in physics for 40 years.

Quantum theory—the laws that govern how tiny particles work—says that anything that falls into a black hole is lost forever. But Einstein’s general relativity says that’s impossible: the total amount of stuff in the universe has to remain constant.

Over the years, scientists have come up with a variety of theories that try to resolve this paradox. Yesterday, at a conference in Sweden, famed physicist Stephen Hawking threw his hat into the ring.

Hawking suggests that when information falls into a black hole, it might get translated into a 2D hologram on the surface of the event horizon, the sort of membrane that surrounds the black hole. Those copies could “contain all the information that would otherwise be lost,” says Hawking. As for the stuff that actually makes it in, he speculates that if the black hole is large and rotating, the stuff might wind up in another universe.

But these ideas have actually been around for a while. Hawking’s announcements dive deeper than that. To help explain what all the hubbub’s about, Popular Science talked to Grant Remmen, a theoretical physics graduate student at Caltech.

Getting Under The Hood

Nothing can escape a black hole, right? Wrong! Years ago, Hawking demonstrated that, actually, heat can escape. The stuff that black holes spit out is called “Hawking radiation” in his honor.

Hawking radiation plays a key role in most of the theories that attempt to solve the riddle of what happens to information that falls into a black hole. Because if Hawking radiation is just heat, that means the information really does disappear forever, and the laws that we think govern the universe have a big gaping hole in them.

If information doesn’t leave black holes, it means there’s something seriously wrong with the laws we think govern the universe.

However, if Hawking radiation also contains some other tiny bits of information, it could be enough to resolve the paradox.

Although that idea is also old, Remmen says that what Hawking appears to be doing differently is he’s trying to explain how that information could be encoded onto the Hawking radiation particles.

“He’s trying to get under the hood, and ask, ‘If I throw information in, how exactly does it come back out?’” says Remmen. “It’s one thing to say it must come out, but it’s another thing to actually figure out how that happens, and that’s a very important task. He’s basically trying to tackle the black hole information problem in a new and more concrete way.”

As to how the information might get transcribed onto the Hawking radiation, Remmen says we’ll probably have to wait until Hawking publishes a paper on it.

So what’s the deal with those holograms Hawking was talking about? How might they fix this information paradox?

“Let’s say you’re sitting outside an ordinary, garden-variety black hole and you drop something in,” says Remmen. “Let’s say it’s an encyclopedia.” You watch the book fall toward the black hole, but at a certain point, it appears to freeze on the surface of the black hole. You’d never see it cross the event horizon, even if you could wait for an infinite amount of time.

“Let’s say you’re sitting outside an ordinary, garden-variety black hole and you drop something in…”

“The event horizon can be thought of as a holographic screen for the interior,” says Remmen. “You can view everything that’s going on in the interior in terms of things that are going on on this stretched horizon.”

Then, theoretically, if a scientist had easy access to a black hole, quantum computers, and a whole lot of time, she could theoretically use those photons and Hawking particles that emanate out from the event horizon to reconstruct the encyclopedia.

The information that comes out would be incredibly scrambled, and no sane scientist would attempt such an experiment. Still, the example shows that at least theoretically things could make sense in the universe. Which should make it a little easier for us to sleep in our beds at night.