Hundreds Of Black Holes May Nestle Together In Our Galaxy 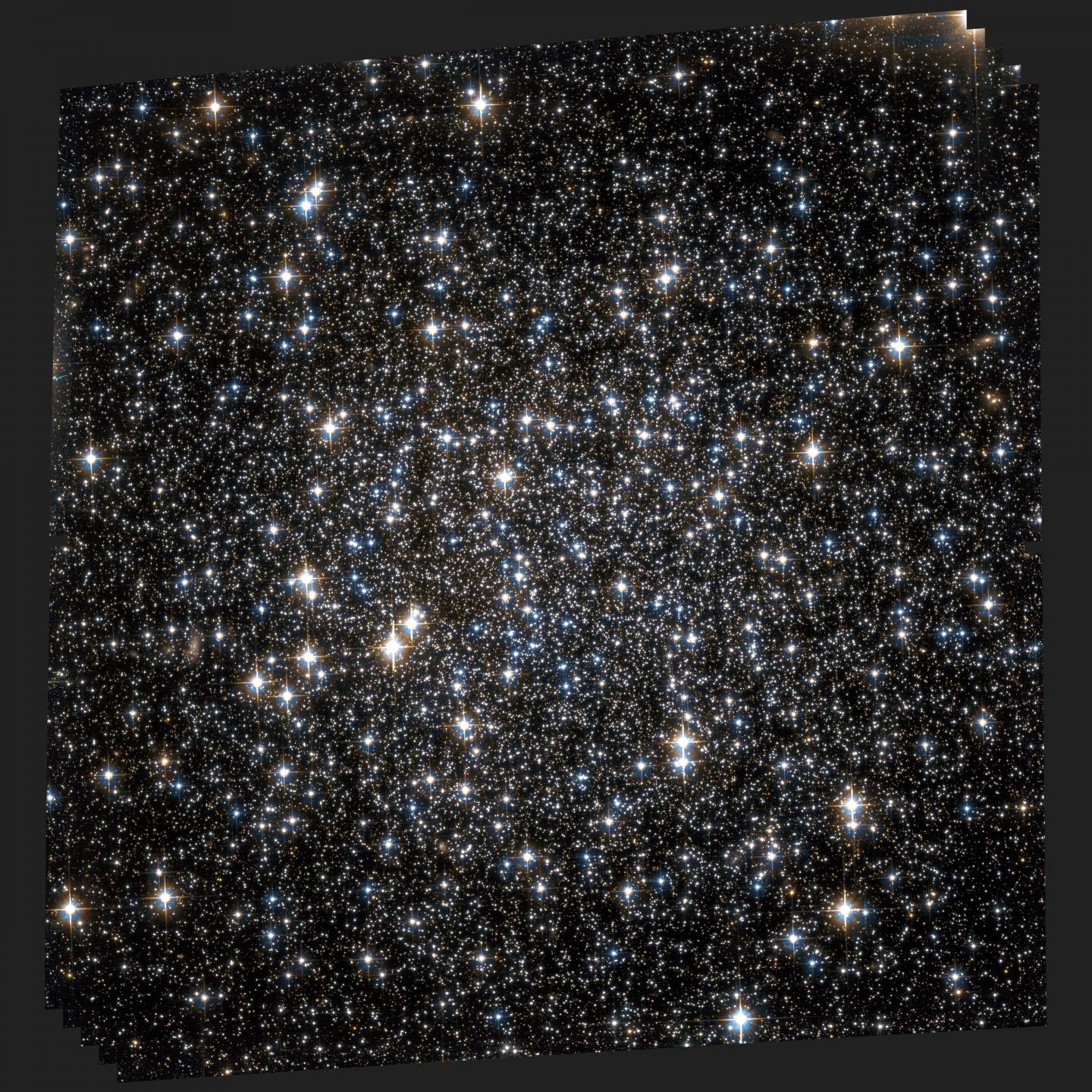 Astronomers may have detected a cluster of stars that is home to hundreds of black holes, a phenomenon that was previously thought impossible.

The globular cluster known as NGC 6101 is located about 47,600 light years from Earth and orbits the center of the Milky Way. Using computer simulations, the researchers mapped the location and density of stars within the cluster. This helped them deduce the existence of several hundred unseen black holes by their gravitational effects on the surrounding visible stars.

“We know now where a large amount of black holes can be found, which could help to better find and understand them as well as the physics behind them,” says lead researcher Miklos Peuten, an astrophysicist at the University of Surrey in England.

If the black holes are there, they are each likely are a few times the mass of our sun and each make up the remains of a massive star that died in a supernova. Previous research suggested that such black holes would nearly all get expelled from their parent cluster by the recoil from the supernovae that created them.

The new findings suggest that the kicks that black holes receive from the supernovae that give birth to them may be smaller than previously thought, Peuten says. Moreover, NGC6101 may not have been very dense, because if it was, the black holes in it would have been so close together they’d gravitationally sling each other out of the cluster, he adds.

The scientists focused on this globular cluster because of its strange features. While its stars were old, the arrangement of stars in NGC 6101 resembled that of a young cluster, with stars of varying masses scattered relatively uniformly across the cluster; in older clusters, gravity would have pulled heavier stars toward the centers of the clusters. Moreover, NGC 6101 appeared inflated, with its core under-populated with visible stars.

“They suggest an interesting possibility — I would give it a high likelihood for potentially explaining what they see in this globular cluster,” says theoretical astrophysicist Abraham Loeb, chairman of the astronomy department at Harvard University, who did not take part in this research. “But it’s important too test whether this particular explanation is plausible compared with other possible explanations.”

One alternative explanation for NGC 6101’s structure is that it may possess a so-called intermediate-mass black hole several thousand times the sun’s mass, which could gravitationally fling stars around the cluster much as scores of smaller black holes could, Peuten and his colleagues say. Another possibility is that NGC 6101 could possess a number of binary star systems, which are more massive than singleton star systems and thus could have gravitational effects similar to a host of small black holes.

“The next step is to get more data to see which of these interpretations is a better explanation,” Loeb says.

Future research will analyze the behavior of visible stars in NGC 6101 to learn more about the number and masses of the black holes that may be there, Peuten says. He adds that there are roughly 10 globular clusters that share common features with NGC 6101, and further work can see whether these might also possess large numbers of black holes and shed light on how they might come to host so many black holes.

The scientists detailed their findings online Sept. 8 in the journal Monthly Notices of the Royal Astronomical Society.