Scientists can't know for sure if the worlds have water. But they could, making them a potential habitat for life. 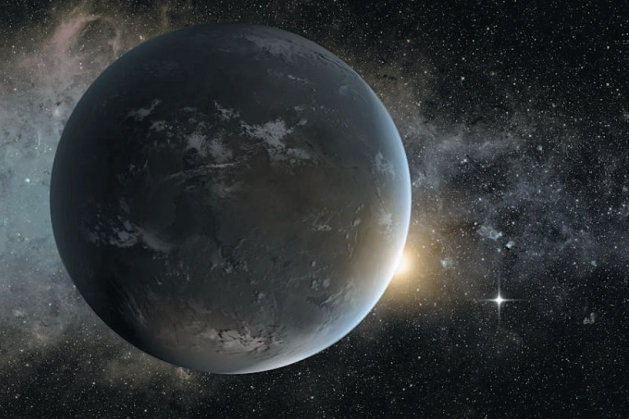 Kepler-62f, which is 1.41 times the size of Earth, is in just the right spot for liquid water to exist--if it is rocky and has an atmosphere. NASA
SHARE

In our solar system, only one world has just the right size, just the right temperature and just the right home for liquid water. Long ago, at least one other rocky planet had water, too, but it’s gone now; Mars dried up and turned to rust. A distant moon called Europa has a lot of water, but too far from the sun’s warmth, the moon remains frozen. Closer in, Mercury and Venus are too hot to keep it.

“Between the fire and the ice is this green zone, the habitable zone, where a planet could have liquid water on its surface,” said William Borucki, principal investigator on the planet-hunting Kepler Space Telescope. In that zone, conditions are right for thick greenhouse atmospheres, and for planets with sufficient gravity to hold on to them.

Now for the first time, exoplanet hunters think they’ve spotted not one such world, but three, hanging out smack in the middle of that Goldilocks zone, in solar systems very far from this one. The planets are just a tad bigger than Earth and orbit stars very much like our sun. One system, Kepler-62, has two Earth-sized planets orbiting in the cozy habitable zones. The Kepler-69 system has one possibly habitable planet. These could be the most similar worlds to our own astronomers have ever found.

“They are the best candidates so far for habitable planets outside our solar system,” Borucki said.

Here’s the breakdown: The Kepler-62 system has five planets in all: 62b; 62c; 62d; 62e and 62f. The Kepler-69 system has two planets, 69b and 69c. Kepler-62e, 62f and 69c are super-Earth-size planets. 62-e is 60 percent larger than the Earth while Kepler-62f is about 40 percent larger, making both of them “super-Earths.” They are close together, so much that each would appear like our full moon in the other’s sky. Life forms living on either world would not have very far to travel to meet their neighbors.

“Kepler-62e probably has a very cloudy sky and is warm and humid all the way to the polar regions. Kepler-62f would be cooler, but still potentially life-friendly,” Harvard astronomer and co-author Dimitar Sasselov said in a statement.

As for the composition of Kepler-69c, scientists are not sure, but its orbit of 242 days resembles that of Venus. They are too small for their masses to be directly measured, but astronomers think they are likely composed of rock and water without a significant amount of gas surrounding them. 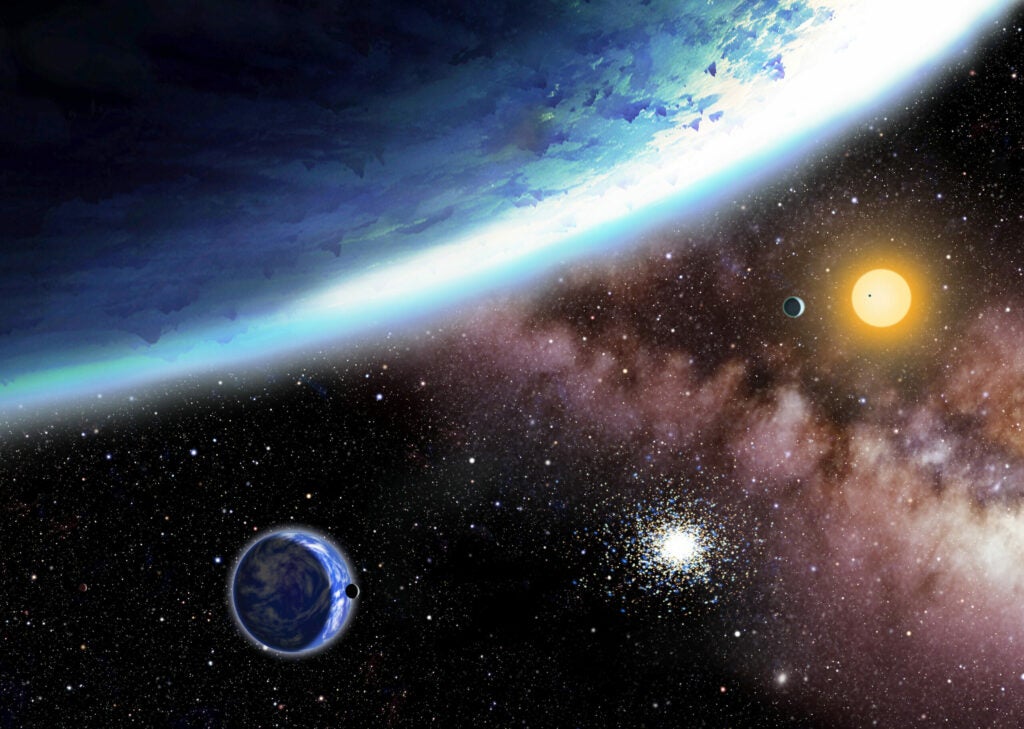 Just so it’s clear, there are a lot of assumptions in these statements. Astronomers can’t know for sure whether the planets in the Kepler-62 system are rocky, or have atmospheres that could provide sufficient pressure to keep water on their surfaces. They make educated guesses about this based on the planets’ size–too small to be gas giants, so probably rock worlds like Earth–and their location. This gives an assumption about the amount of radiation they receive from their sun, which could warm the worlds enough to keep water liquid and to impact the weather.

“We are not clear what makes up these planets, because we don’t have any [like them] in our solar system. We have to go to models and theory to understand what’s going on,” explained Thomas Barclay, a Kepler scientist at the Bay Area Environmental Research Institute in Sonoma, Calif.

Based on their size and locations, they could have water. If they have water, they could theoretically, maybe, be host to life. We’ll probably never know, because no mission–neither existing nor planned–can detect that. But that doesn’t stop planet-hunters from getting excited, and wondering what waterborne creatures may live there. If there are life forms on any of those worlds, they would impact the planets’ atmospheres in ways that could maybe be detectable far in the future.

“Kepler has brought a resurgence of astronomical discoveries, and we are making excellent progress toward determining if planets like ours are the exception,” Borucki said, “or the rule.”

The papers are published in Science and The Astrophysical Journal.