Making waves in the physics community. 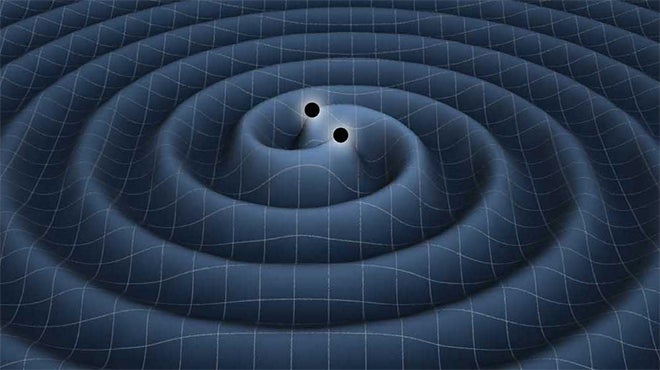 Three American physicists won the 2017 Nobel Prize for work that enabled the first observation of gravitational waves—ripples in the fabric of spacetime. Rainer Weiss, Barry C. Barish, and Kip S. Thorne were each instrumental to LIGO, the massive pair of detectors that together allowed scientists to confirm Albert Einstein’s theory of general relativity.

There was speculation that gravitational waves would win last year, though the prize probably would have gone to a slightly different trio. Ronald Drever helped develop LIGO, and it was he, along with Weiss and Thorne, who won a multitude of scientific awards in the wake of their discovery. Drever died just a year and a half after the first detection, and the Nobel Prize isn’t awarded posthumously. Since the prize can be split a maximum of three ways, it’s possible that Barish would have missed out had Drever still been alive.

But it was Barish who kept LIGO running, even in the face of a potential shutdown. He began managing the project in 1994 when it was at the brink of cancellation, yet managed to pull it through to final construction five years later. Thorne spearheaded the theoretical side of LIGO by predicting what gravitational waves would actually look like in the detectors. Weiss was more of an experimental physicist, and lead much of the conceptual and design aspects of the project.

LIGO first detected the waves back in September 2015, though the team didn’t announce it until early the following year. It took a group of over 1,000 scientists and engineers several months to confirm that they did in fact observe gravitational waves, and they couldn’t go public with the news until they were as confident as possible.

Since then, the distant signals from colliding black holes have been detected multiple times. Just this August, a third observatory in Italy detected waves as well, and by the 2020s we may have a total of five detectors around the world. More observatories add confidence to the detection, as well as accuracy. Like triangulating a person’s position on Earth using satellites, having more perspectives on the same object enables a better estimation of that object’s location.

In this case, though, the object we’re looking at is a pair of colliding black holes. When the two bodies come closer together, they rotate around each other faster and faster, spinning hundreds of times per second, until they finally merge. As they do, they ripple the fabric of spacetime.

Albert Einstein theorized a century ago that these gravitational waves existed—including from celestial events other than colliding black holes—but thought humans might never be able to build a sensor that could detect such a tiny movement. LIGO was able to do it using enormous L-shaped arms with a detector at the intersection. The detector portion sends a laser beam out into each arm at precisely the same time, then waits for the laser to bounce back at it. Since the device is so meticulously built, the laser will normally come back from both arms simultaneously, and the aligned wavelengths will cancel each other out.

When a gravitational wave passes through the arms, it very slightly changes the length of each—one expands and the other contracts. This shift causes the laser beams to not be exactly aligned, so the wavelengths can’t cancel each other out and the detector is able to pick up light. That’s why it took over 1,000 individuals to detect gravitational waves; most of the team focused on creating better ways to rule out possible sources of motion.

It’s a very tiny signal for such a massive discovery. But the physics community isn’t done testing Einstein’s theories. Gravitational waves provided substantial evidence in favor of general relativity, but there are still more aspects to test and question. More detectors will help physicists understand which bits of general relativity hold true, and which need to be revised.