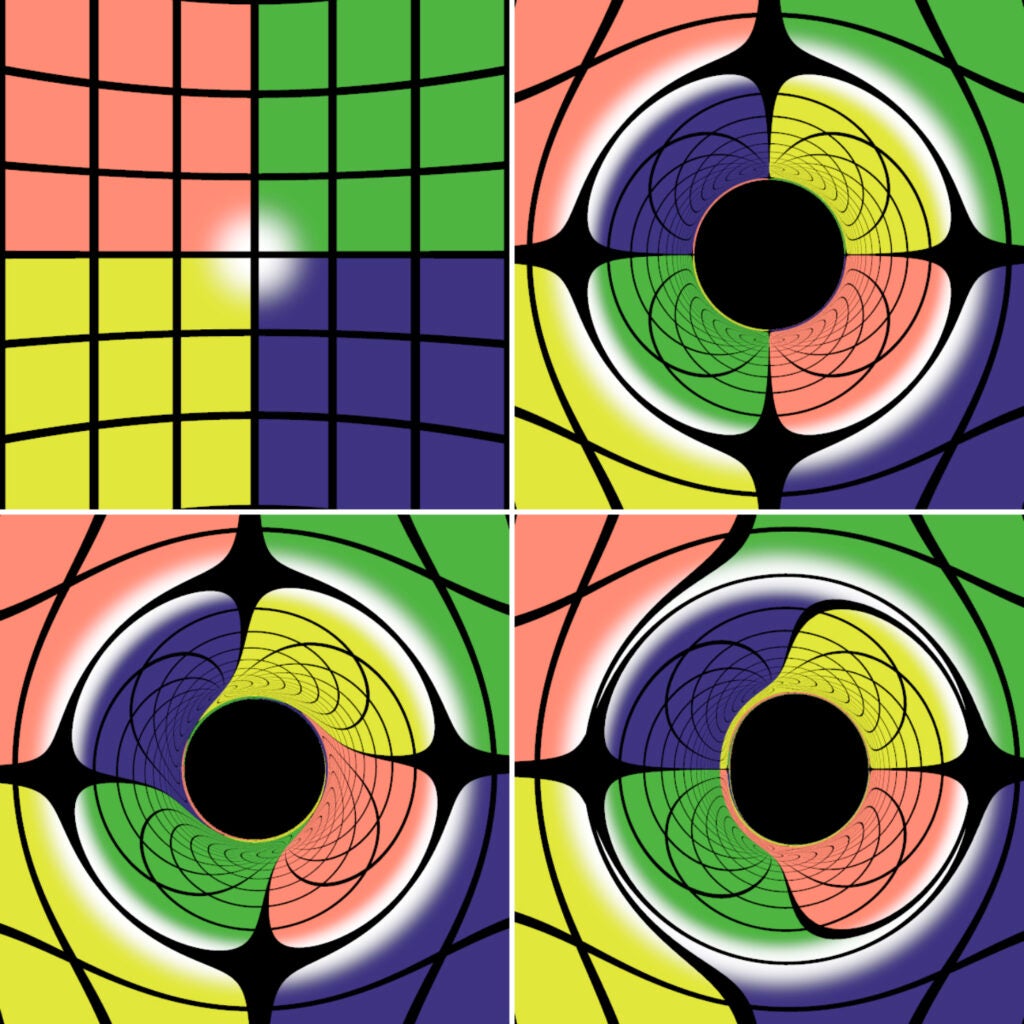 Spacetime Distortions Simulated In Front Of A Colorful Grid

The researchers also simulated spacetime distortions in front of a simpler background in order to clearly illustrate the effect.