Because believe it or not, this year has had its positive moments. 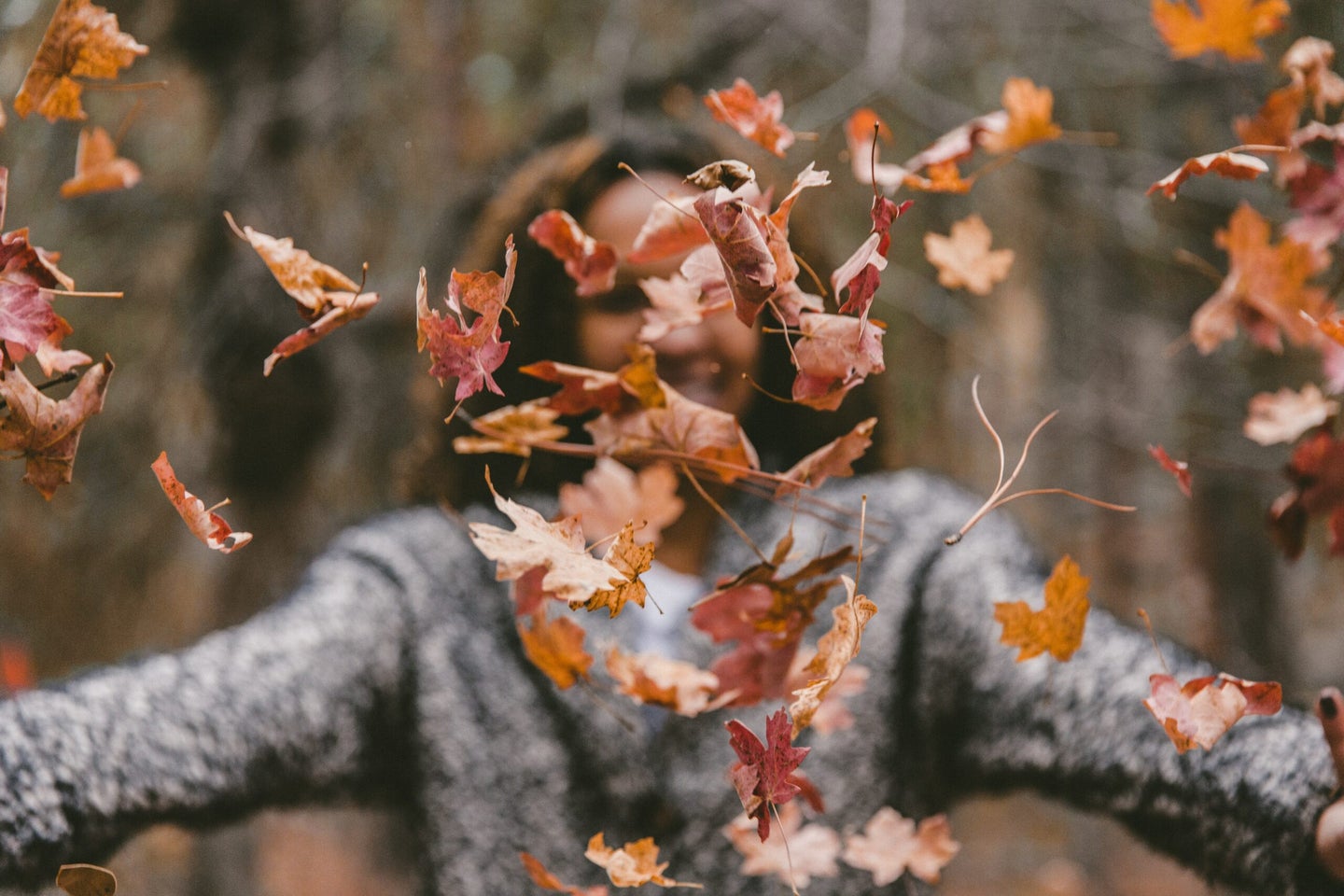 Let’s face it: 2020 has not been awesome. And it’s hard to think of things to be thankful for when Thanksgiving as we know it has pretty much been canceled. But whether you’re enjoying turkey with your COVID bubble, meeting a friend or two outside, hosting a virtual feast over Zoom, or just trying to have a safe day at home on your own, consider taking a moment to reflect on these science stories worth celebrating.

It might not feel like there’s much to give thanks for this year, but 2020 hasn’t been all bad. Take a gander at these upbeat stories to help make your Thanksgiving feel a little more thankful—and to give you something positive to bring up with whoever’s sharing your cranberry sauce.

Vaccines are on the way

We’re not going to get through this holiday without talking about the COVID-19 pandemic. We’re only human! So let’s get it out of the way and keep the good news in mind: case counts are indeed on the rise, but several companies are making fantastic progress on creating coronavirus vaccines. The government is already doing a trial run to practice distributing doses, and if all goes well, the shots could be available by the end of the year. These vaccines won’t allow us to magically return to our normal lives right away, but their development marks a crucial turning point in our fight against COVID-19.

Wearing a mask makes a difference

Another bit of good news on the coronavirus front: Research indicates that when states mandate mask wearing, cases and deaths decrease as a result. Another study suggests that precautions like mask wearing and social distancing are helping childcare professionals keep COVID spread at a minimum. Wear a mask!

For a peek at one particularly high-production COVID success story, check out our article on how the NBA and WNBA managed to maintain safe COVID bubbles throughout their seasons.

Your pee could make a great fertilizer

And now for something completely different: The Haber-Bosch process, which is at the core of how we make fertilizer, consumes about one percent of all the energy produced in the world. We pump vast amounts of energy—not to mention fossil fuels and money—into this single process, because without fertilizers filled with nitrogen, we couldn’t grow anywhere close to the volume of food we need to support the current human population. But another source of nitrogen is lurking right under our noses: our own urine. Human pee contains not just essential nitrogen, but also the phosphorus and potassium that plants need to grow. Researchers at the Rich Earth Institute in Vermont have now figured out a way to concentrate urine to make nutrient-dense pellets that farmers can sprinkle over their crops. They envision a future where entire cities donate their liquid emissions to the cause.

Cervical cancer could be on its way out

The United States is on track to quash cervical cancer within two to three decades, according to a study published back in February. Cervical cancer is most often caused by the human papillomavirus, a type of sexually transmitted infection, and a vaccine that prevents many strains of HPV has been available since 2006. Between increased vaccination rates among children and better screening for catching pre-cancerous abnormal cells, researchers say, we might be able to eliminate the disease entirely by 2038.

And say goodbye to appendectomies, too

It used to be that appendicitis nearly always meant getting your appendix removed. However, in the last decade, a spate of new research has demonstrated that treating the infected organ with a course of antibiotics can sometimes resolve the issue. In July, researchers published a new study suggesting that having the option to choose antibiotics over surgery can actually lead to better outcomes for both sick children and their caregivers.

Communities are fighting back against environmental racism

The bad news: Black communities bear the brunt of the effects of industrial pollution in America. The good news: those communities are fighting back—and it’s working. Read on.

Spaceflight is back on American soil

For nearly a decade, US astronauts have had to hitch a ride on Russia’s Soyuz spacecraft to get to the International Space Station. But human trips to space can now launch from American soil once more: earlier this month, a Crew Dragon capsule dubbed Resilience lifted off from the Florida coast to ferry astronauts to the ISS.

Resilience belongs not to NASA but to SpaceX, a private company that designed, built, and operates the spacecraft. The space agency mentored the company throughout the vehicle’s development, but ultimately acts as a customer, booking SpaceX seats for astronauts much as the FBI might buy an agent a ticket to fly Delta. Now that SpaceX has a proven track record of flying astronauts into space, it’s eager to expand its clientele.

Speaking of the ISS: Humans have now been living there continuously for 20 years. Here’s a roundup of some of our greatest accomplishments up in orbit.

Good news comes in many forms, okay? And this good news is for Billie Eilish fans—along with anyone fascinated by creative uses of artificial intelligence. Google uses AI tools known as neural networks for a huge variety of tasks, from suggesting text in your Gmail account to serving you up an endless stream of recommended videos every time you fire up YouTube. Now, Google has crafted a custom neural net to organize and sync more than 150,000 YouTube cover versions of “Bad Guy.” If you were to sit down and watch every possible iteration, Google says, it would take 1.46 times 10^100 years, or almost 15 duotrigentillion… so you’d better get cracking.

At the beginning of July, environmental activists achieved two huge wins in a 24-hour span: both the Dakota Access Pipeline and the Atlantic Coast Natural Gas Pipeline projects were shut down. The latter was forced to a halt because protesters and legal challenges simply racked up so many delays and extra costs that the energy companies decided to give up. The Dakota Access Pipeline, on the other hand, has already been a hard battle. There have been back and forths between the Standing Rock and Cheyenne River tribes and Dakota Access for years now, and for a period the pipeline sat unfinished. This latest blow may not be the end—the Army Corps of Engineers now has to prepare an environmental impact report. But for now, it’s a massive win for the protestors.

Young trees have adaptations that could save the Amazon

The famously humid Amazon is likely to face increasing droughts as the planet warms, but the teenagers of the rainforest may be coming to its rescue. Researchers studying juvenile trees of the very same species that form the canopy found that the younglings seemed to adapt better to drought-like conditions. The babies deprived of water could better perform photosynthesis, suggesting that they were adapting to lower moisture levels by finding another way to make energy. Not every tree showed this extra resilience, but the researchers hope that, on average, the younger generation will be better adapted to survive our changing climate.

When the noise of traffic and construction died down during the pandemic, there was a big upside for the avian residents of major metropolitan areas: they could sing more softly. Without all the background sound, common sparrows in San Francisco changed their tunes to have a broader vocal range and softer notes. And like humans, birds appreciate a nice vocal range. That means sparrows in the Bay Area got significantly sexier by bird metrics, at least temporarily. Quieter cities could also mean more birds moving in—some species simply can’t sing loudly enough to overcome the sound of honking horns, so they don’t live in urban areas. If we slowed down enough, we might welcome more avian neighbors into our midst.

We’re pulling out the big guns, people. We dare you not to feel thankful for this headline.

Still not feeling the Thanksgiving spirit? Here are some silly animal photos.

Are these nine goofy animal photos enough? No? Okay, don’t panic! We have some more. In conclusion: here is a daddy crocodile carrying 100 very tiny crocodile babies across a river. Let us give thanks!