Early data from clinical trials suggests that the immunization is promising, but we’ll still be waiting a while. 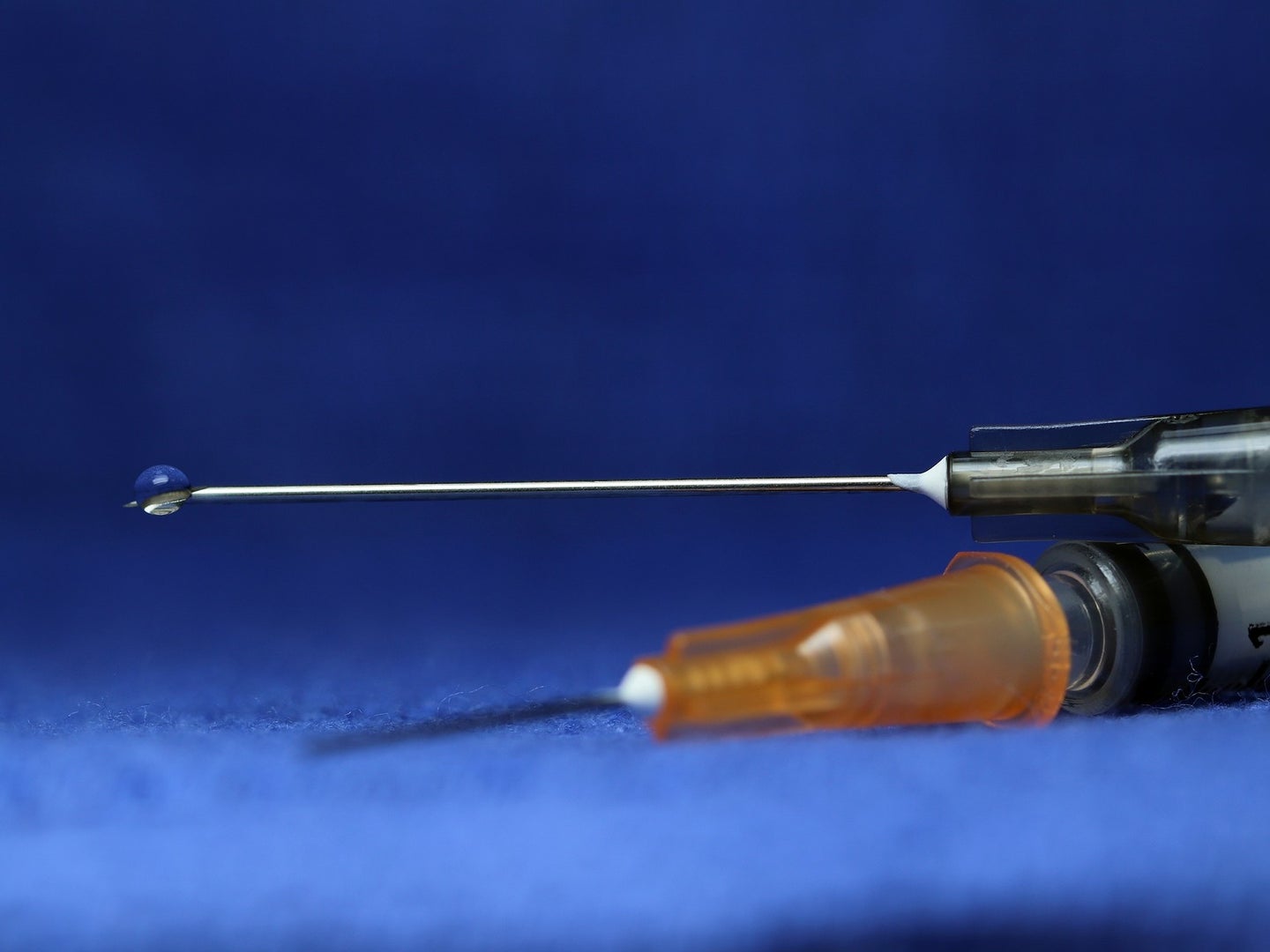 A 90 percent effectiveness is very impressive, but the rate is based on a relatively small number of people. Pixabay
SHARE

The past two weeks have been a flurry of positive news on the vaccine front. There are 54 experimental COVID-19 vaccines currently in human trials. And two of them have hit pretty big milestones. Last week, Pfizer announced that the results of its late-stage trials showed the preventative drug to be at least 90 percent effective at preventing COVID-19. Now, with more data coming in, the company says the vaccine is 95 percent effective and, as of yet, has not caused any serious side effects. This news comes in tandem with drug company Moderna’s announcement earlier this week that its vaccine is also 94.5 percent effective.

In addition to its overall effectiveness, the new data also shows that Pfizer’s vaccine is also effective at preventing both mild and severe forms of COVID-19, and in older adults (those over 65), who are particularly vulnerable to developing severe symptoms, it was 94 percent effective.

The results are promising, and are coming at a time when COVID-19 cases are spiking worldwide. However, there’s still a ways to go before researchers can be certain that this vaccine is indeed as effective as it seems.

“The results are really quite good, I mean extraordinary,” Anthony S. Fauci, director of the National Institute of Allergy and Infectious Diseases, told The Washington Post. Other outside experts expressed similar cautious optimism. “We need to see the actual data, and we’re going to need longer-term results,” Jesse Goodman, a professor of medicine and infectious diseases at Georgetown University, told The New York Times. Adding, “it’s a testament to hard work and science that we’re getting results that are so good and so fast.”

What does 95 percent effective mean?

The new results, which were evaluated by an independent committee of experts (though they’re not yet peer-reviewed), are based on a Phase 3 clinical trial which began back in July. It enrolled nearly 44,000 people, with half the cohort receiving the vaccine (in two doses, given over the course of a month) and the rest getting a saltwater placebo. The independent team of researchers who are responsible for reviewing the results are the only ones who know who got what.

To evaluate the vaccine’s effectiveness, the researchers had to wait for enough people in the trial to catch COVID-19. The first analysis, which was announced last week, was based on 94 participants who contracted the novel viral illness, and an outside evaluation team found the vaccine to be more than 90 percent effective. Pfizer then planned to wait until at least 164 people had contracted COVID-19 before applying for emergency use authorization from the FDA, the first large hurdle in getting the vaccine to the public.

Due to the spike in coronavirus infections worldwide, Pfizer was able to reach 170 cases only a week later. Out of these 170 infections, the company says, 162 were in participants who received the placebo, and eight were in those who got the vaccine candidate. Further, the company reported that 10 of those 170 people came down with severe COVID. Of those 10 participants, nine had received the placebo and one had been given the vaccine.

Of course, not all vaccines show the same level of effectiveness in real world conditions as they do in clinical trials, so still impossible to know how well this vaccine will work when its given to far more people. But a 95 percent effectiveness in trials is a good sign, as outside virologists and public health experts have commented.

Further, it’s worth noting that Pfizer hasn’t been following participants for very long, so it remains to be seen how many people in the trial will contract the coronavirus in the long run.

How safe is Pfizer’s vaccine?

A vaccine’s safety is just as important as its ability to prevent COVID-19. In its latest results, Pfizer reported that it has yet to report any serious side effects in those participants who have received the vaccine.

The drug, which was initially developed by German pharma company BioNTech (who later partnered with Pfizer to continue to bring the vaccine to market) employs a newer technology that has yet to be used in an FDA-approved vaccine. The drug contains messenger RNA (mRNA), whose role is to carry genetic code from DNA inside the cell’s nucleus to the ribosomes, which make proteins. The vaccine contains mRNA with instructions to create a protein that’s found on the surface of the coronavirus. Once created, the immune system reacts to these proteins, generating protection against the virus if it ever invades a person’s body. Another promising coronavirus vaccine which also reported good results this week, Moderna’s drug, uses a similar approach.

When will the vaccine be available?

The first step to bringing the vaccine to the general public and making it available to anyone who wants one in the United States is gaining approval from the FDA. According to an official news release, Pfizer and BioNTech plan to submit a request “within days”.

The FDA will then give the data results to an outside advisory committee who will further scrutinize the information.

If all goes well and it gets approved, the next step will be to distribute the vaccine. It’s likely that the first doses of the vaccine will first be made available to high-risk populations like medical personnel and those with chronic illnesses that make them more susceptible to severe COVID-19.

Another daunting task is distributing the vaccine to medical clinics. Treatments that use mRNA must be kept at extremely cold temperatures (Pfizer’s must be kept at -94°F, and Moderna’s at -4°F), and the drug needs to be given two times over the course of a month (the second dose is given three weeks after the first). It’s during this process that Operation Warp Speed, the federally organized collaboration to bring a vaccine to Americans as soon as possible, comes into play.

The US government has pledged it would provide Pfizer nearly $2 billion to provide 100 million doses of the vaccine to Americans at no cost. However, Pfizer has made clear that this money is only for the distribution and delivery of the vaccine, and hasn’t accepted any funding from the U.S. government or others to develop its vaccine, with a main goal of keeping politics out of creating an effective—and, most importantly, safe—vaccine.

If the vaccine gains FDA emergency use approval, Pfizer says it could have as many as 50 million doses by the end of 2020, and will quickly build on that number, with as many as 1.3 billion by the end of 2021, according to the company’s news release.

Then comes the final hurdle: getting people to actually get the shot. Only about half of Americans say they’d get a COVID-19 vaccine, but we’ll need significantly more than that to produce herd immunity. Even the best vaccine will be held back if people aren’t willing to get it.