These countries managed to turn COVID-19 around. Here’s how we could do the same.

To bring caseloads down, the US can learn from what has worked in other countries: masks and social distancing. 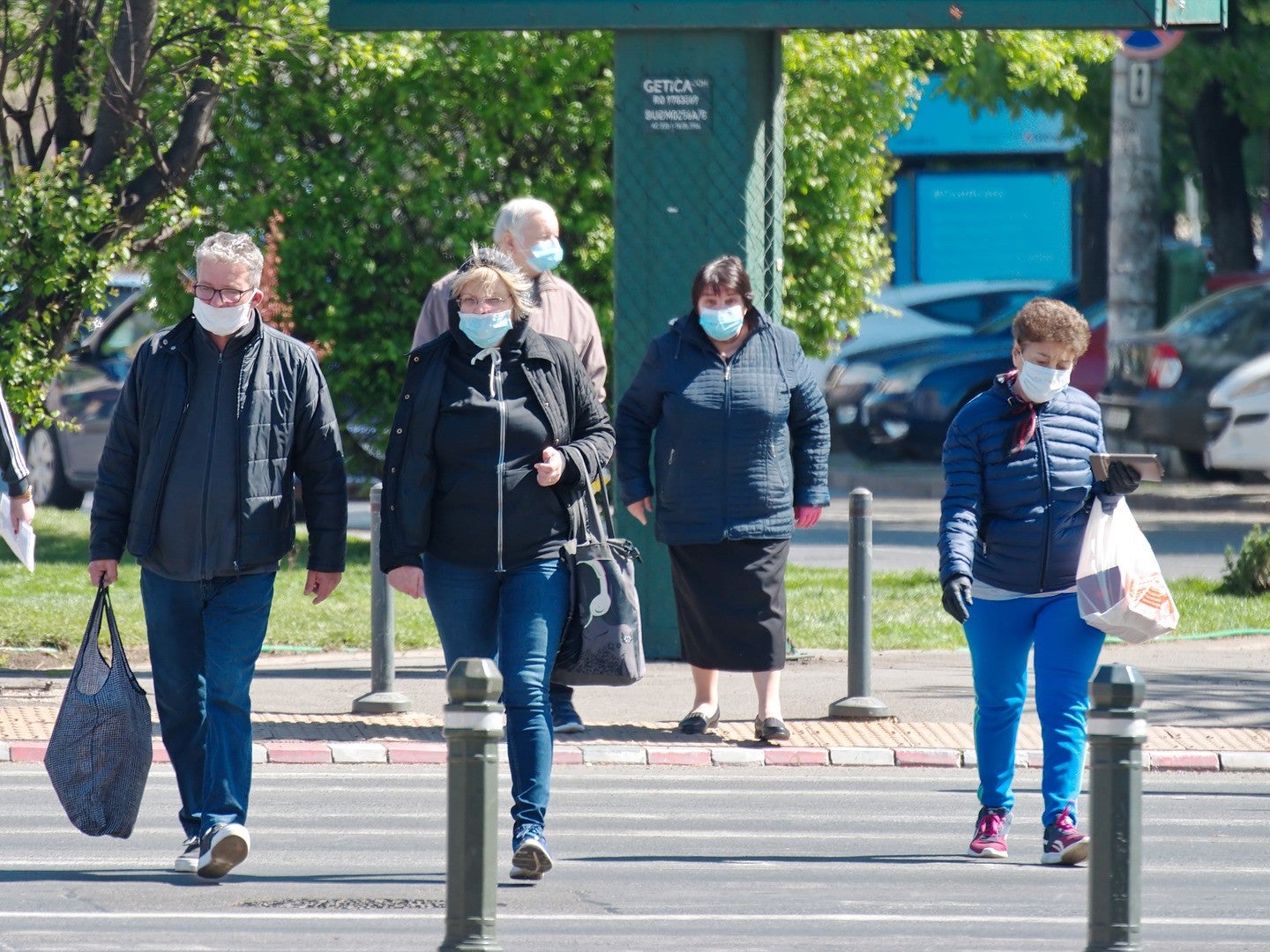 Other countries have faced more severe spikes in cases but have managed to bring COVID-19 down to more manageable levels. Here's what it could take for the US to do the same. Pixabay
SHARE

On November 13, the United States broke yet another record for new cases of COVID-19, reporting more than 177,000 infections in a single day. There are so many hotspots that it’s become difficult to determine which places have been hit worst.

As the pandemic accelerates, there has been some encouraging news. Last week, pharmaceutical company Pfizer announced that early data indicate its COVID-19 vaccine candidate is more than 90 percent effective. And this week, Moderna released its latest study results, showing the company’s experimental vaccine has been 94.5 percent effective so far. However, it will still be some time before any vaccine is approved and distributed such that anyone who wants a vaccine can get it. Anthony Fauci, the director of the National Institute of Allergy and Infectious Diseases, recently estimated that a vaccine could become widely available by April 2021.

This means that we must redouble our efforts to fight back against COVID-19, says Anne Rimoin, an epidemiology professor at the UCLA Fielding School of Public Health. “We’ve got a ways to go and a lot we can do in the interim,” she says. “We all have the potential to reduce the number of deaths, to save lives right now by the actions that we take.”

A number of other countries have used masks and social distancing—combined with strategies such as mass testing, contact tracing, and lockdowns—to rein in the novel coronavirus. New Zealand has been particularly successful. The island nation eliminated COVID-19 in June by reacting swiftly, ramping up COVID-19 testing, and entering a strict lockdown before the infection rate spiraled out of control. The Prime Minister, Jacinda Ardern, focused on unifying the country and clearly communicating what actions the government and general public needed to take. Since the start of the pandemic, about 2,000 people have been infected with COVID-19 in New Zealand, and the country has remained ready to spring into action when new cases arise.

Unfortunately, the United States is not in a position to emulate New Zealand’s success. “We’re not a tiny country, we’re not an island, [and] they don’t have the same issues that we have,” Rimoin says. “This virus is widespread in our country; we didn’t contain it here, we didn’t do the things necessary to keep it at bay.”

Other countries have faced more severe spikes in cases but have managed to bring COVID-19 down to more manageable levels. Israel has endured more than 322,000 cases of COVID-19. The country’s springtime lockdown kept death rates relatively low, but cases surged after the country eased its restrictions. Israel entered a second nationwide lockdown in September, during which most businesses were closed and residents had to stay within one kilometer of their homes. However, these efforts cut the infection rate from more than 8,000 new cases per day down to fewer than 1,000 and the country has reopened more slowly from its second lockdown.

In Australia, there have been roughly 27,000 cases of COVID-19. In July, a second wave of the virus led the state of Victoria—the country’s COVID-19 epicenter—to go into a strict lockdown. In the capital city of Melbourne, restrictions began to be lifted in late October after a grueling 111 days during which residents could only leave their homes for essential activities. Now Australia has come close to eliminating community transmission of the virus, and mass testing and contact tracing efforts were a key part of this success.

Several Asian countries that faced early surges of COVID-19 have been able to keep the rate of new cases low, says Shenglan Tang, deputy director of the Duke Global Health Institute. He and his colleagues recently examined the strategies that China, South Korea, Taiwan, Japan, Vietnam, Hong Kong, and Singapore used to combat the new disease. Several places relied on strict lockdowns, while others invested in mass diagnostic testing and contact tracing or focused more on social distancing and mask wearing. Although each region used a different combination of measures, all of them were effective at beating back COVID-19, Tang says. One reason for this is that all of these areas had prior experience with epidemics such as SARS and MERS; as a result, they were prepared to act quickly and people were generally cooperative.

This stands in sharp contrast to the United States. In much of Asia, “You have mask mandates, you have very, very widespread testing and tracing, you have all the elements that we don’t have,” Rimoin says. “The big elephant in the room is a national strategy, which we do not have here in the United States.”

The lack of a swift and consistent approach has cost the United States valuable opportunities to control the spread of COVID-19 at the beginning of the pandemic, and has continued to do so. Additionally, the Trump administration has done a poor job of communicating the importance of taking the pandemic seriously, Rimoin says.

“It’s the politicization of public health measures which has really led to the problems that we’re seeing,” she says. “If we had the ability to have a national strategy and have modeling of good public health behavior and [to address] the millions of Americans who feel because their president is telling them that this isn’t a problem…and in fact encouraging people to get together by holding rallies and doing things are just so anti-science and anti-public health, we would be doing quite significantly better.”

At this point, Tang believes, the only way to quash COVID-19 in the U.S. absent a vaccine would be to enact a complete shutdown for six weeks to two months, during which time non-essential businesses would stay closed and people would avoid non-essential travel.

“A short-term sacrifice of people’s freedom is the best thing at this stage…look at how [in] these Asian countries [the] public has suffered at the early stage of the pandemic,” Tang says. But now, “they can travel, they can go to restaurants free of fear; this I want to give to the U.S. public.”

However, at this point in the pandemic even Anthony Fauci doesn’t think Americans will be able to handle another lockdown given the immense number of restrictions they’ve encountered in the past six months.

Rimoin favors a more targeted approach. “We have to eliminate opportunities for this virus to spread,” she says. “The wearing of masks and the social distancing and doing things that some of these other countries have done, like closing down bars…would make a huge difference and would in fact avert the necessity of a strict lockdown.”

Meanwhile, the incoming Biden administration has already begun to assemble a COVID-19 task force and prepare a plan of action. “He will reach out to Tony Fauci,” Nicole Lurie, a Biden campaign advisor, recently told STAT. “He will declare his intent to be an active participant in the WHO and in the world. And I believe that in very short order, he’ll be in touch with governors and mayors around the country, listening to what it is that they’ll need to pivot this response.”

The Centers for Disease Control and Prevention and public health officials have also begun to draw up plans for the daunting tasks of distributing a potential COVID-19 vaccine and determining who should be vaccinated first.

“All the science and knowledge is there, a plan is there, and the key for the next step is enforcement of this plan in the United States,” Tang says. “That [will] need concerted action efforts from the federal governments, the state governments, and the public.”

The U.S. is now entering a particularly dangerous period, Rimoin says. Winter is approaching, along with several major holidays, and many college students will soon travel home. As we wait for a vaccine, it’s unlikely that the U.S. will be able to bring COVID-19 down to the low levels seen in some countries. However, we can use some of the same strategies that have worked elsewhere.

“We’re all fatigued, of course we are—but we don’t have a vaccine yet,” Rimoin says. “We have a lot of deaths and disability and pain to prevent, and the only way to do that is to do what we know works: Wear a mask, social distance, avoid crowds.”