A whole universe of non-pathogenic strains built the foundations of modern science. 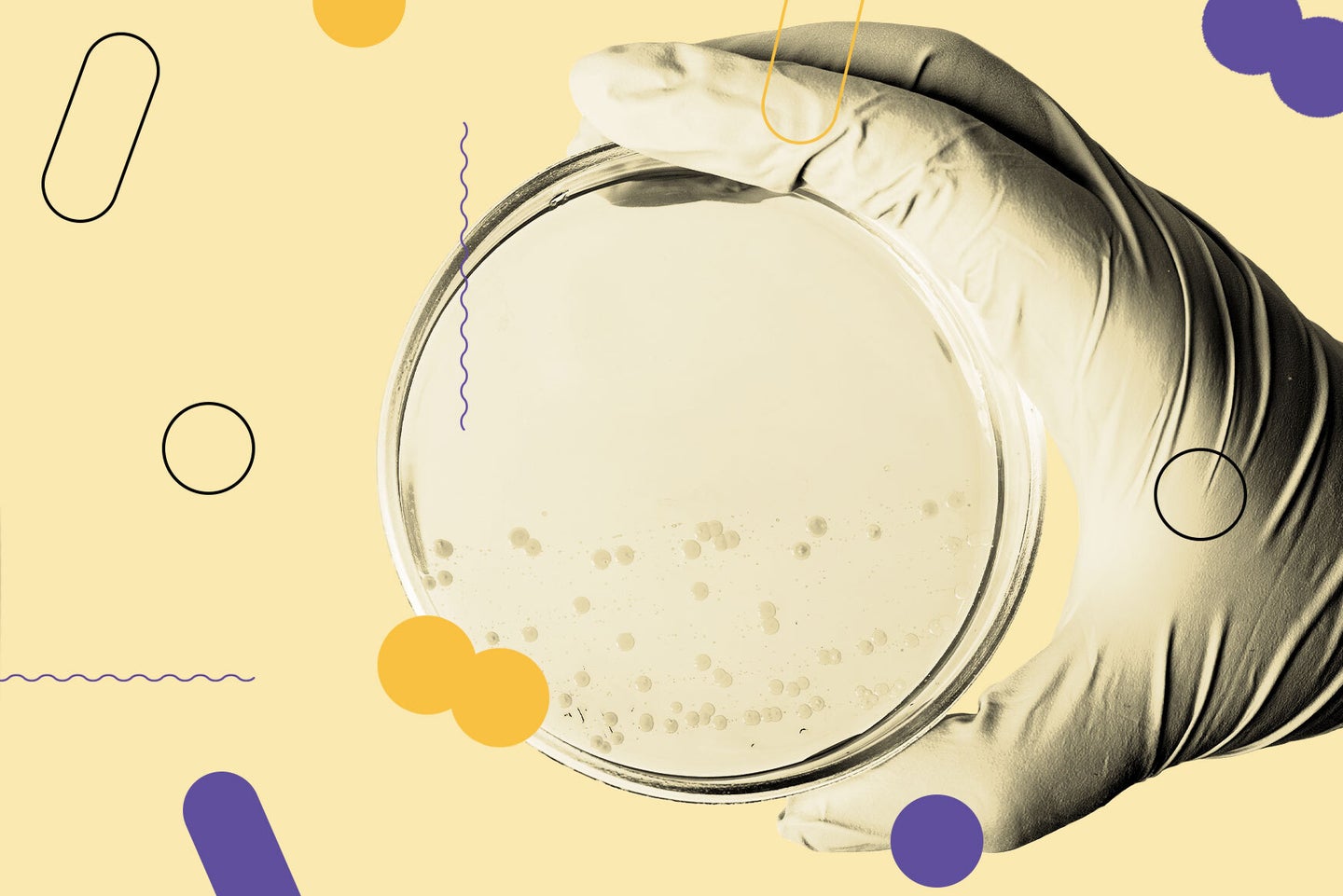 Bacteria are wildly underrated. From farming to flavoring, these microbes are essential in ways you probably didn’t even realize. There are three other stories in this series about bacterial fertilizers, art restoration, and the microbes that make vinegar.

We’re used to hearing about Escherichia coli (better known simply as E. coli) as a horrific pathogen on the nightly news, and it’s true that E. coli outbreaks are dangerous public health threats. But not only are you carrying some around in your intestines right now, you actually owe a debt to these microbes—they’re the foundation for much of modern science and medicine.

Engineered E. coli produce the mRNA component of the Pfizer COVID-19 vaccine, for instance. They also play a role in the development and manufacture of multiple important pharmaceuticals, including Taxol (to treat multiple kinds of cancer) and certolizumab (to treat Crohn’s disease).

Beyond healthcare, the microorganism has been engineered to break down a common non-recyclable material and the main component of polyester fabrics, polyethylene terephthalate (PET), into the high-utility chemical vanillin, which is responsible for the smell and taste of vanilla beans. The tiny single-celled organisms have even been trained to glow when they encounter TNT, the chemical trace of landmines, to enable humanitarian organizers to spot explosives and eventually remove them.

There are a few key attributes that have contributed to E. coli’s wild success.

First, the microbe lines the gut of warm-blooded animals, so it was always available and never in short supply. Since it naturally grows at body temperature, lab cultures are maintained at a mild 37.4 degrees Celsius (99.3 degrees Fahrenheit). E. coli is also not picky about its growing environment nor its meals—it can grow with or without oxygen and will eat just about anything for fuel. Perhaps most importantly, E. coli reproduces at an astonishing rate, doubling every 20 minutes.

But it’s not just that E. coli are naturally ideal for lab work—there was a concerted effort to focus on these bacteria.

In the 1940s, Max Delbruck, a trained physicist from Germany, arrived at the California Institute of Technology and stumbled across E. coli being used as a model organism in a neighboring lab. “For a physicist interested in unraveling the mysteries of biological replication, a system where an individual gave rise to a progeny of hundreds in a matter of minutes had to have been a dream come true,” writes Roberto Kolter, professor emeritus of microbiology at Harvard Medical School, of Delbruck’s discovery.

After he demonstrated the random nature of genetic mutations using E. coli (a discovery that is a cornerstone of modern biology), Delbruck put forward the Phage Treaty. The document asked bacterial researchers to commit to working with a specific strain of E. coli in order to standardize early bacteriology work and allow experiments to be directly compared across multiple labs.

“By having the decision that everybody would focus on a limited number of organisms as model systems, that helps us have a detailed understanding of a specific organism,” says Michael Thomas, a professor of bacteriology at the University of Wisconsin-Madison.

From there, two decades of classic experiments cemented the machinery available inside E. coli cells as the central tool for parsing out basic biological concepts. The role and nature of DNA as the primary genetic material were elucidated in E. coli, as was the mechanism of DNA replication.

The fundamental tenet of biology—that DNA translates into RNA, which translates into proteins—came out of E. coli experiments done in the 1960s. “Whether you are a biochemist, a geneticist, a neurobiologist, there’s one thing that we all operate under, a strong belief that DNA makes RNA which makes protein. And that’s how things work,” Thomas explains. “Biology, as compared to physics or chemistry, was not a mature science, until it came up with this paradigm in the 20th century, and E. coli was at center stage.”

With E. coli firmly established as the standard model organism for microbiologists, the quality tools available to manipulate the bacteria skyrocketed. Perhaps the most impactful was recombinant DNA (rDNA), small snippets of genetic material that can be transferred between living cells.

rDNA enables researchers to combine genes from different species and introduce them to other organisms that don’t naturally express those traits. For example, a fluorescent trait that evolved in a species of fish can be transferred to bacterial and even human cells via rDNA. The artificial genetic code is often packaged as a circular piece of DNA called a plasmid.

To cut and paste a plasmid into the existing genetic code of a living organism, two kinds of proteins are required: restriction enzymes, which snip DNA at specific locations, and joining enzymes called ligases, which glues the plasmid into place. The host DNA is sliced open, the plasmid is inserted in the gap, and ligases repair the cut made by the restriction enzymes. When incorporated successfully, the host organism will now express the gene coded on the plasmid as if it was always there.

Plasmids are so widely used today, particularly in conjunction with E. coli, that a whole library of pre-existing and prepared DNA sequences are available for researchers to purchase. In the early days, labs would compose original plasmids from scratch to match their specific projects, but “with the commercialization of scientific research,” says Kolter, the power of genetic transformation is as accessible as it has ever been.

Plasmid technology is central to the manufacturing process for the Pfizer mRNA vaccine. A sequence that codes for the coronavirus spike protein is inserted into E. coli cells, which grow and generate many copies of the DNA sequence contained in the original plasmid. The copied DNA is then isolated from the E. coli cells and transferred to a different facility to be transcribed into the mRNA contained in the actual shot.

While E. coli was a key contributor to early microbiology and continues to play a key role in multiple forms of biology research today, it is by no means the “perfect” model organism. For example, the bacteria are too simple to be a good model for human cells.

Even when examining more complex systems, however, Thomas says E. coli is a widely-used first step for genetic engineering, a litmus test for whether the proposed changes will work in simple bacteria before being promoted to a more complicated host. Whether a lab is trying to produce a certain kind of biofuel, a chemical, an antibiotic or one specific enzyme, the very first step is to see if it can be produced in E. coli.

“There’s a major benefit of speed, you can ask whether your hypothesis is correct much faster than you can with many other organisms,” he explains. “Because they grow so quickly, you can manipulate them readily to give you a comparison.” With their extensive history as an integral part of biology research, E. coli will continue to be used in labs for decades to come. The tiny organism’s utility has certainly not been exhausted despite its long tenure in the spotlight.