Bird songs got sexier during the COVID-19 shutdown

Without the rumble of roadway traffic, sparrows could sing more softly and sweetly. 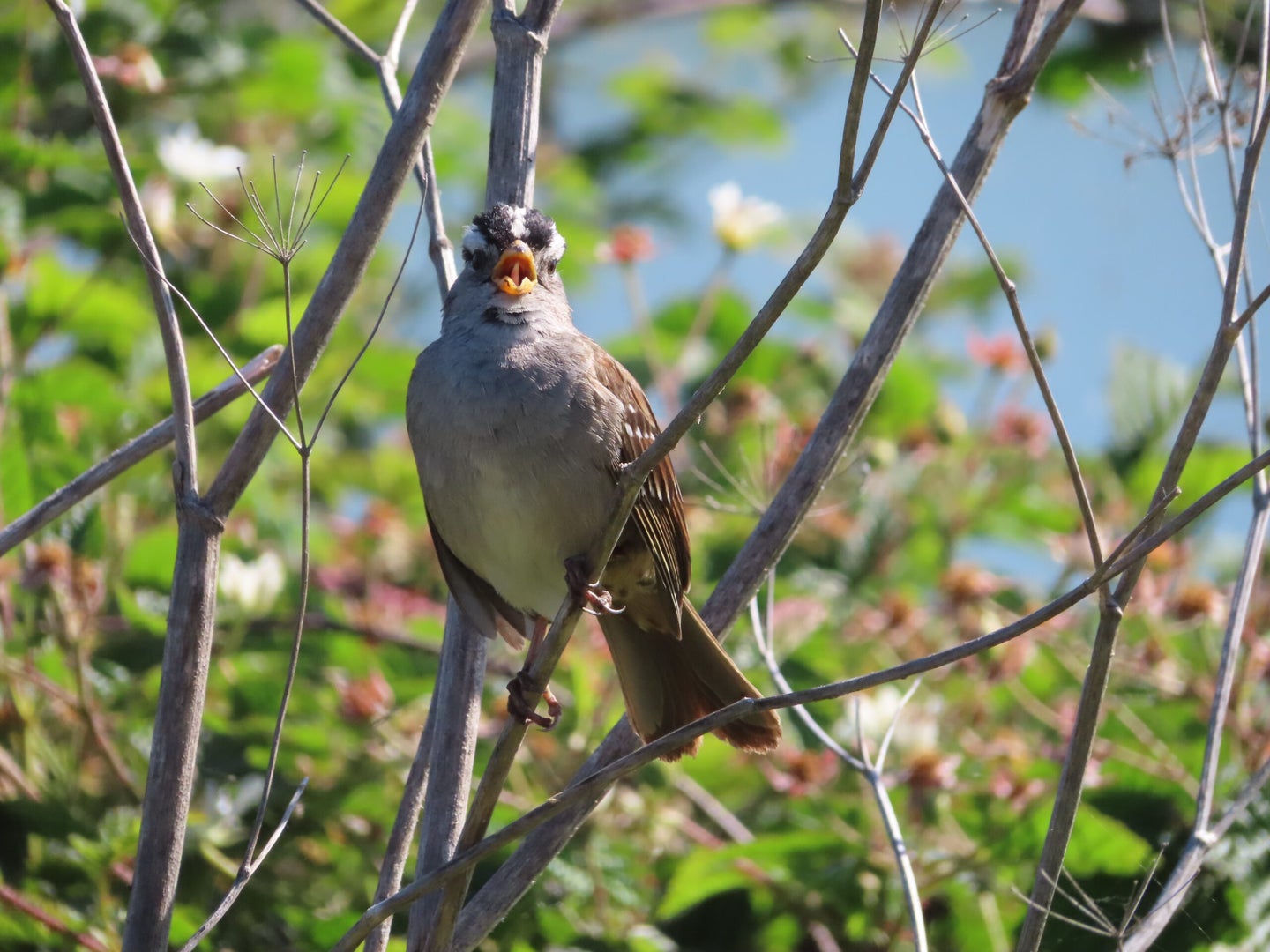 Early in the pandemic in March and April (or what feels like 10 years ago), there were reports around the world of animals moving into previously busy cityscapes, and a rising chorus of bird calls.

And while many people reported increased sightings of coyotes, mountain lions and other animals, the reason may simply have been that we were all stuck at home and thus paying more attention to our surroundings. While it is possible that nearby wildlife, normally turned off by our noise, were now wandering into the territory of their human neighbors, the reports were mostly anecdotal. It’s hard to tell whether these were actually changes in animal behavior versus changes in our perspective.

In San Francisco, birders pondered a similar question. “We received many anecdotal accounts of birdsong being more noticeable,” Pam Young, executive director of the Golden Gate Audubon Society, told Popular Science in an email. But the question remained: was that just because traffic noise was down and people were paying more attention? Or were the birds actually changing their tunes?

Now, a new study in Science finds that at least one bird—a common sparrow—did indeed shift its sounds rapidly as San Francisco’s usual bustle became a whisper in April.

Elizabeth Derryberry, a behavioral ecologist at the University of Tennessee, was looking at photos of the suddenly-empty city when she realized she had the opportunity for an unprecedented experiment.

In 2016, she and colleagues had recorded the calls of white-crowned sparrows in the San Francisco Bay Area. They measured the background noise in sparrows’ territories and as well the characteristics of their calls—the highs and lows, and how loud they were. In the city, where the songbirds have to compete with cars, barking dogs, and construction, their calls were louder and more shrill. Their lowest notes were also higher compared to country birds in nearby Marin County because they needed to be heard above the low rumble of traffic.

That effect has been documented elsewhere in urban environments. “There’s been a lot of work to show that cities have really changed the songs of birds,” says Lauryn Benedict, a behavioral ecologist at the University of Northern Colorado who wasn’t involved in the research. “We’re losing some of the beauty and diversity in birdsong by creating so much background noise that they’re forced to scream over it.”

As people sheltered in place in spring, “it lined up really well to be able to ask some questions we would never be able to ask,” says Derryberry. While Derryberry is based in Tennessee, her graduate student, Jennifer Phillips, was able to revisit the sites where the team had previously recorded background noise and birdsong.

First, they needed to affirm that things were indeed quieter. When Phillips recorded at the same spots from the 2016 experiment, she found that ambient noise in urban areas was down to levels comparable to those in the mid 1950s. “City soundscapes [during the shutdown] sound like the soundscapes in the countryside, in terms of the ambient noise levels,” says Derryberry.

And when it’s quieter, birds tend to sing softer. It’s not unlike meeting up with friends at a party (remember those?). When it’s just a few people, you can talk quietly and have a more in-depth conservation. As people gather, they have to talk louder and louder to get fewer words across. It’s similar with birds, though their conversation tends to be consistent. “It’s basically saying ‘this territory is mine, and I’m really sexy,’” translates Derryberry.

When Phillips recorded the city birds’ songs during the shutdown, they were indeed softer. And, even though they were quieter, the calls travelled twice as far due to the lack of masking from other noise. That means people in the area could pick up on four times as many calls, helping to explain why birders noticed an increase in birdsong.

The urban birds also lowered their pitch during the shutdown. In the following recording, you can hear for yourself:

“I’m impressed by how quickly they were changing their songs,” says Benedict. “I think it’s a really positive outcome.”

This wider vocal range is more attractive to female birds, says Derryberry. Striking a broad range of notes is more challenging, and a good way to impress other birds in earshot. “So their sexiness just went basically through the roof in the city during the lockdown,” says Derryberry. Suddenly, the city sparrows were singingly as sweetly as those in the countryside.

Derryberry says this work made her think differently about conservation. Reducing carbon dioxide in the atmosphere, restoring habitat, and cleaning up polluted sites can be a sluggish process without immediate reward. But a drop in volume has a more rapid impact. While sparrows can whistle louder and at higher pitch to adapt, not all birds can and that can prevent them from roosting in the city.

Quieting our cities could therefore potentially help increase local biodiversity, allowing animals that weren’t able to communicate over the din to move back in. “You could route the trucks around [the city], you could have more electric engines,” says Derryberry. “You can have a pretty immediate effect.”