Both species know when to keep it simple. 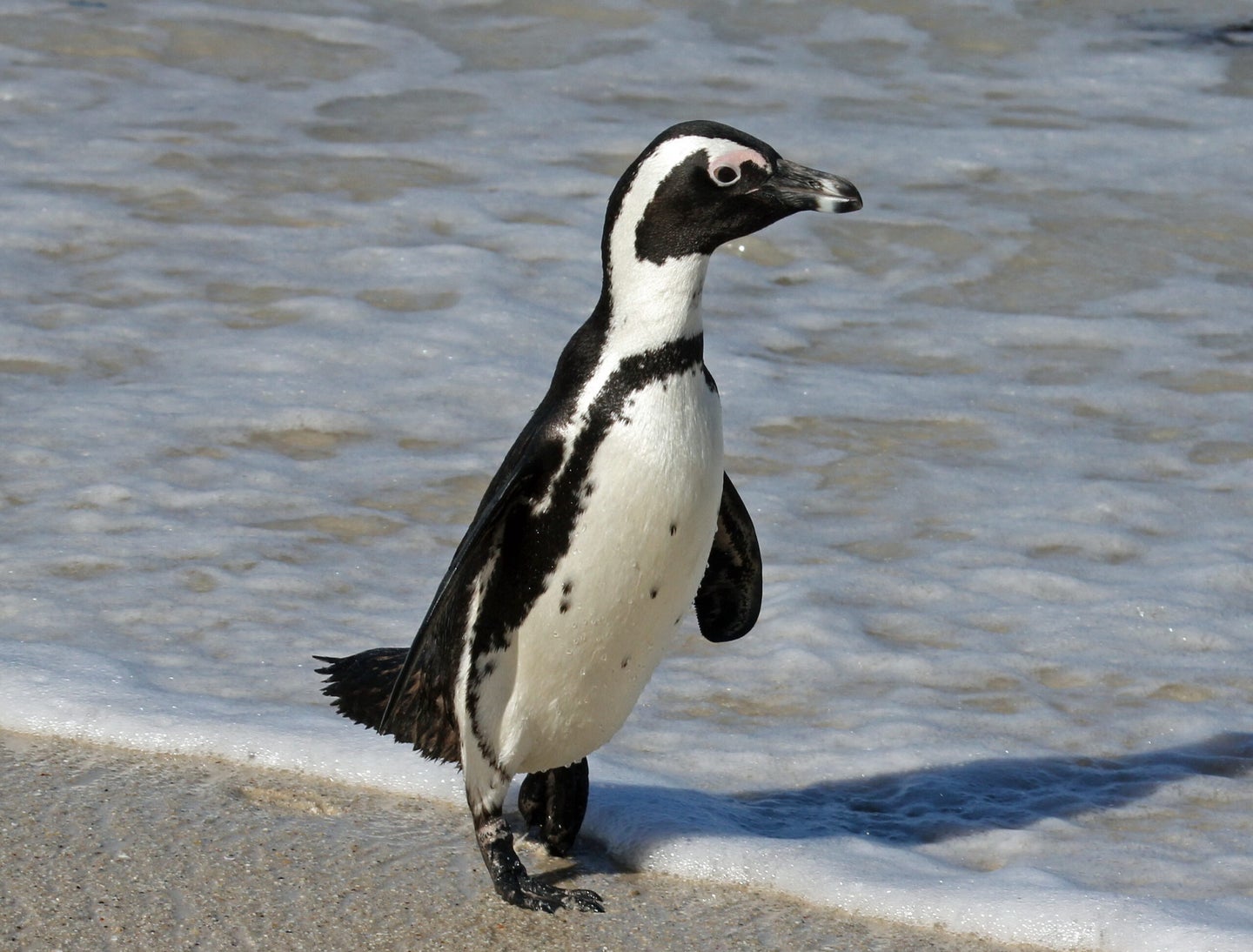 The call of the jackass penguin might seem like a far cry from human speech. The birds (also known as African penguins) earned this nickname not for their personality but for their braying, donkey-like call. It turns out that these striking vocalizations follow some of the same rules as human languages, scientists reported February 5 in the journal Biology Letters. Like people, jackass penguins convey information efficiently by using shorter sounds more frequently than longer ones, and by using shorter sounds to create longer calls.

The findings indicate that certain elements of communication may be widespread across the animal kingdom, says Arik Kershenbaum, a zoologist who studies animal vocal communication at the University of Cambridge who was not involved with the research. “These are very universal laws, it would seem,” he says. “What has led to the evolution of human language is a similar kind of process to what has led to the evolution of complex penguin communication, which is not language but is nonetheless very complex.”

Communication systems must balance clarity and conciseness to convey information effectively. Linguists have found that in every human language they’ve studied, the words used most often tend to be very short—such as “the” and “and” in English. This principle is known as Zipf’s Law of Brevity. And the more complicated a word becomes, the simpler the sounds used to build it; each of the syllables found in the word “magnificent” has a shorter duration than the single syllable that makes up the word “great.” This tendency is called the Menzerath–Altmann Law.

Generally, the vocalizations that animals use to communicate lack many of the features seen in human languages, such as semantics and syntax. Still, scientists have found evidence that non-human primates such as macaques and chimpanzees obey some of the same rules that govern human speech. In one study, researchers reported that geladas—baboon-like monkeys that live in the highlands of Ethiopia—use shorter grunts to build their longest vocal sequences.

However, the jackass penguin is the first animal beyond the realm of primates that researchers have identified following the Menzerath–Altmann Law and Zipf’s Law of Brevity in its vocalizations. “Having an outside group really helps to spread the idea of these linguistic laws as being more universal patterns across communication in vertebrates,” says Morgan Gustison, of the University of Texas at Austin, who coauthored the gelada research and was not involved in the penguin investigation.

The vocalizations that seabirds such as penguins use to communicate can be very intricate, says Elena Fumagalli, a biologist at the University of Milan and coauthor of the new work. The jackass penguin lives in large, noisy colonies along the coasts of southern Africa, where males belt out “ecstatic display songs” (the braying noise responsible for its nickname) to identify themselves, defend their territories, and attract mates. The penguins make these songs by combining three types of syllables of varying length in different ways.

“The complexity of the African penguins’ ecstatic display songs fascinated us a lot. Our initial guiding question was: Why [are] these vocalizations so different from each other, with longer or shorter syllables?” Fumagalli said in an email to Popular Science. “We were pleasantly surprised to have found a correspondence between our communication system and that of animals evolutionarily quite distant from us.”

She and her team recorded 590 songs from 28 African penguins in Italian zoos. The researchers documented the birds’ sounds during their natural breeding period to mimic what would be happening naturally in the wild as best as possible. When they analyzed the songs, they found that the birds used the shortest syllables most often. And that the longer a song was, the greater the proportion of short syllables.

The findings suggest that certain principles, such as the Menzerath-Altmann Law and Zipf’s Law of Brevity, represent the most efficient way to convey information.

“There aren’t that many ways that you can make a good and complex and reliable communication system,” Kershenbaum says. “That’s why what we see in humans, we see in primates [and] we see in penguins.”

However, it remains to be seen whether these constraints apply to other kinds of animal vocalizations. “Would this apply to dolphins as well, who don’t even use discrete sounds, they just have these continuously varying whistles?” Kershenbaum says. Further, the researchers admit they only looked at one subset of the birds’ vocal repertoire, so a broader assessment could reveal new understandings.

Just because an animal uses complicated vocalizations doesn’t mean that it will obey these rules, Gustison says. Songbirds such as zebra finches use elaborate tunes to woo mates, but they tend to conform to a fixed pattern. “At that point their sequences have actually solidified and they’re very unique to the individual,” she says. “In those cases we do have these really elaborate-looking signals, but they wouldn’t follow the Menzerath-Altmann Law because they’re not flexible.” She suspects that Zipf’s Law of Brevity—the tendency to use short sounds frequently—may be more widely shared across animal vocalizations.

In the future, Fumagalli and her colleagues hope to investigate whether other non-primate animals besides the jackass penguin also use communication systems that comply with these fundamental principles.