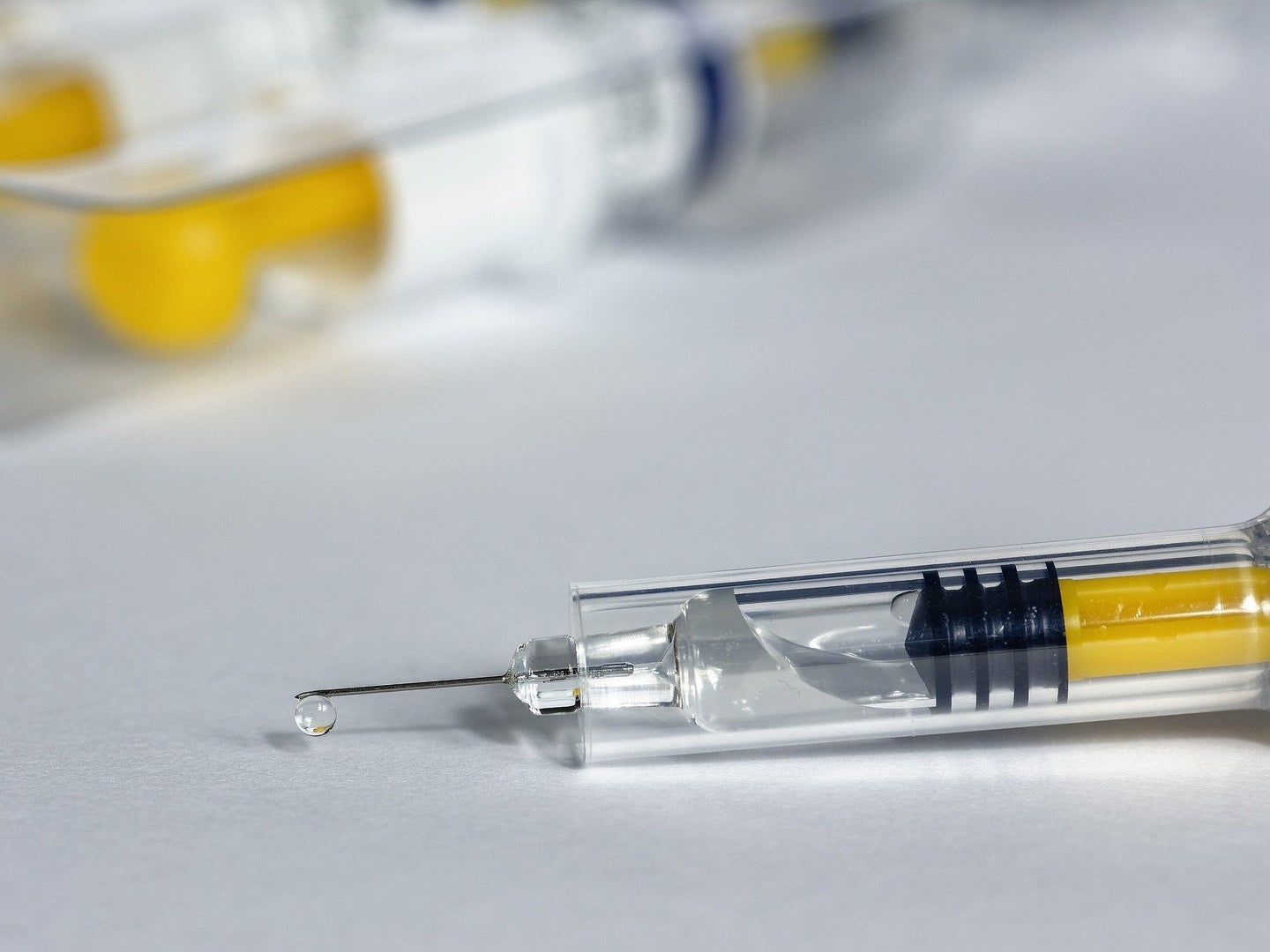 Moderna's coronavirus vaccine candidate is made in a similar way to Pfizer's experimental drug. Both released preliminary results this months showing their initial success at preventing COVID-19. Pixabay
SHARE

Today, pharmaceutical company Moderna announced the first results from its late-stage coronavirus vaccine based on very early data. According to a news release the company put out this morning (though not yet published in a peer-reviewed journal), data show the vaccine has so far been 94.5 percent effective. This is the second COVID-19 vaccine to announce positive preliminary results. Last week, pharma giant Pfizer announced its early results, which showed its vaccine to have a more than 90 percent effectiveness rate.

Moderna’s product is being developed in partnership with the Vaccine Research Center, an arm of the National Institute of Allergy and Infectious Diseases, which Anthony Fauci heads up. The company is a part of the Trump administration’s Operation Warp Speed, which is providing government funds to speed up the vaccine development process. Moderna received $2.5 million from the US government to develop, manufacture, and distribute the vaccine. This is in contrast to Pfizer, which accepted no money from Operation Warp Speed to create its vaccine (though Pfizer has made a deal with the US that Operation Warp Speed would provide $1.95 billion to provide 100 million doses of the vaccine).

Moderna enrolled 30,000 people in its vaccine trial, which was completed back in October. Half of those 30,000 received two doses of the experimental drug and half received a placebo. To test the shot’s effectiveness, researchers waited for participants to test positive for COVID-19, and then checked to see if they had received the vaccine or if they were in the placebo arm. The company said that it had planned to wait until 53 participants became infected with the virus, but the recent spike in cases around the world meant the trial participants infected quickly jumped to 95. Of those 95 that contracted COVID-19, 90 people received the placebo and five received the experimental vaccine.

“I had been saying I would be satisfied with a 75 percent effective vaccine. Aspirationally, you would like to see 90, 95 percent, but I wasn’t expecting it. I thought we’d be good, but 94.5 percent is very impressive,” Fauci told The New York Times.

These preliminary results were evaluated by an independent data safety monitoring board that the National Institutes of Health put together; the data have yet to be published in a peer reviewed journal, which will allow outside researchers to weigh in on the findings.

Moderna’s and Pfizer’s vaccine candidates are formulated in similar ways. Both are created using a synthetic version of the coronavirus’ messenger RNA (mRNA), which carries genetic information from DNA to the cell’s ribosomes, which then make proteins. The vaccines contain mRNA with instructions to create a common protein found on the surface of SARS-Cov-2 (which causes COVID-19). Once injected with the vaccine, a person’s immune system reacts to these proteins and generates cells that can react if they encounter the virus again. Though mRNA vaccines have been used in experimental vaccines in the past several years, none have made it to market. If Moderna and Pfizer’s vaccines receive FDA approval, they would be the first mRNA vaccines available to the public.

Having mRNA vaccines may also help assuage concerns that scaling up vaccination will result in many reports of side effects. All vaccines have some small rate of negative outcomes, and when given to an entire population these effects can become problematic. Because of the way they are developed, mRNA vaccines are known to be extremely safe. Neither Pfizer nor Moderna have reported any severe reactions thus far.

“The fact that two different vaccines made by two different companies with two different kinds of structures, in a new messenger RNA concept, both worked so effectively confirms the concept once and for all that this is a viable strategy not only for Covid but for future infectious disease threats,” Barry R. Bloom, a professor of public health at Harvard, told The New York Times.

Still, important questions remain. It’s far too early to know how long immunity with the vaccine will last (researchers are still unsure how long immunity lasts from natural infection with the virus). These initial trials also only tested the experimental vaccine on mostly healthy people, and Moderna has yet to test the preventative treatment on older folks or young children. Further, whether or not the vaccine also prevents that individual from spreading the virus to others is still unclear. A vaccine could protect a person from getting symptoms, but still allow them to be a carrier and spread the virus to others around them. If the vaccine prevents both, that would play a significant role in slowing the virus’ spread.

Both vaccines also need to go through the FDA approval process, though this early data suggests they could be available at least to high-risk individuals before the end of the year. In a Today Show interview, Anthony Fauci said that he predicts these vaccines will be available to these higher-risk groups by the end of December. This process is moving at an unprecedented speed, so we’re in uncharted territory here—we’ll have to wait and see just how fast Moderna and Pfizer can move.