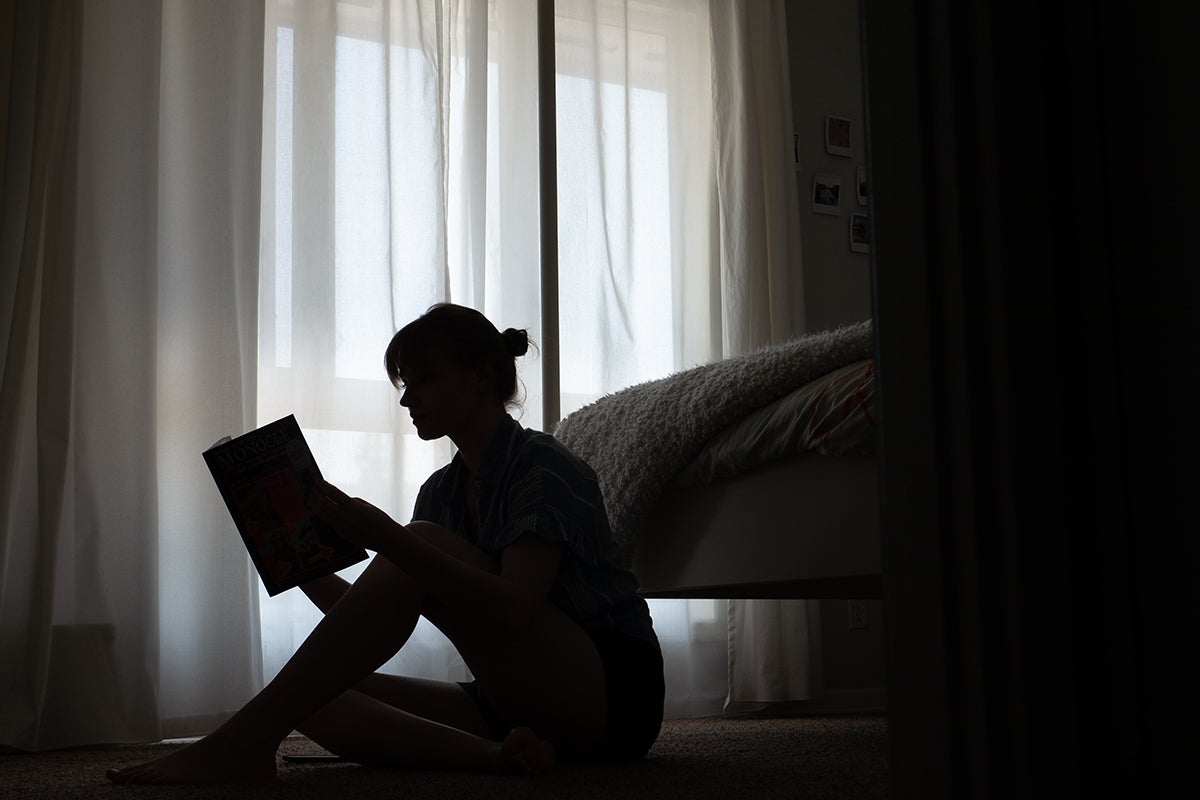 Sometimes, all we want is to curl up with a good story. Gabrielle Dickson / Unsplash
SHARE

In a given year, the Popular Science staff produces hundreds of stories, from news articles and series to lean-back-and-read-it-through narratives. From the origin of our favorite companion species (read: dogs) to an in-depth look at the camera in your pocket, the tales that stick on our heads have one thing in common: These yarns reveal little-known truths about our world. Below are some of our favorite reads, including a few from our network of sibling brands, from the last year.

The Tongass National Forest is a wilderness on the chopping block By Alex Robinson (Outdoor Life, Jan. 2020)

“The Tongass is so massive, its ecology so complex, and its history so nuanced that it’s hard to get a real sense of the place without actually going there. But this story brings you there, and it introduces you to the folks who hunt, fish, and live among the old-growth timber.” —Alex Robinson, Editor-in-Chief, Outdoor Life

The answer to lactose intolerance might be in Mongolia By Andrew Curry (Feb. 2020)

“It’s always baffled me that so many Americans I know can’t stomach lactose, but Asians somehow seem to get off scot-free. This wonderful story out of Mongolia doesn’t have all the answers, but it follows a trail of genetic bread crumbs to one rugged, long-standing community that’s beat the odds with lactose intolerance.” —Purbita Saha. Senior Editor, Popular Science

Did humans truly domesticate dogs? Canine history is more of a mystery than you think. By Kat McGowan (Feb. 2020)

“As horrific of a year as 2020′s been, it’s actually been an okay trip around the sun for dogs. Many rescues found new homes as the pandemic drove more folks towards furry companionship, but it was also the year these pups started to get a little long overdue credit. We humans like to say that we domesticated dogs, but a new consensus may be emerging that this long-standing relationship came about in precisely the opposite way: We didn’t choose dogs; they chose us.” —Corinne Iozzio, Editor-in-Chief, Popular Science

The Great Lakes are higher than they’ve ever been, and we’re not sure what will happen next By Molly Glick (May 2020)

“When we talk about sea level rise in the US, the coasts get all the attention. But climate change is also wreaking havoc on lakefronts and riverfronts on the interior of the country. This story delves into the urgent and complex flooding issues that are plaguing people who live along the Great Lakes.” —Purbita Saha, Senior Editor, Popular Science

The inside story behind the Pentagon’s ill-fated quest for a real-life ‘Iron Man’ suit By Jared Keller (Task & Purpose, May 2020)

“Why hasn’t the military been able to equip soldiers with an Iron Man-style powered suit, or at least, something more grounded in reality? It turns out they’ve tried, with projects like the Tactical Assault Light Operator Suit. But bringing the protective gear that soldiers wear into this century has proven a more difficult and expensive task than you may think.” —Patrick George, Editorial Director, The Drive

“I had seen tons of amazing pictures of aerial firefighters trying to contain this year’s tragic wildfires, but I never understood exactly how the process worked? What kinds of planes were they using? What were they dropping on the flames? Who are the people flying the crafts under these absurdly dangerous conditions. This story answered all of those questions in a really accessible and satisfying way and offered a new perspective on one of the year’s biggest news stories.” —Stan Horaczek, Technology Editor, Popular Science

“Ford’s ‘Big Red’ semi-truck was born in an era when car companies thought turbine engines might’ve been the future. Ultimately, they were wrong, but this didn’t make Big Red any less fascinating. What’s even more fascinating is how it apparently vanished off the face of the earth years after its debut. The Drive went looking for it, and we think we know where it is—but plenty of mysteries remain.” —Patrick George, Editorial Director, The Drive

Glimpse the gold mine where scientists are searching for dark matter By Ryan Bradley (Oct. 2020)

“This story—which burrows into a century-old goldmine outside Deadwood to peek at a massive physics experiment seeking to spy (for the first time) dark matter—captures a moment in time like no other. It’s the last time a PopSci author flew to a location for on-the-ground (in this case, I guess “under”?) reporting before COVID-19 shut down the world. Because of that, not only does it provide a vivid picture of the unimaginably complex task of spying the stuff that makes up our universe, but it’s also a poignant portrait of the scope of the pandemic’s impact on nearly every facet of scientific life.” —Corinne Iozzio, Editor-in-Chief, Popular Science

What happens when psychedelics make you see God By Sarah Scoles (Nov. 2020)

“There’s something so wholly satisfying when science manages to turn conventional wisdom on its head. Take ‘shrooms, for example: After a long federally-inflicted ban on studying psychedelics, research has managed to chip away at the stereotypes to reveal that tripping might—gasp—be good for us after all.” —Corinne Iozzio, Editor-in-Chief, Popular Science

The iPhone 12 Pro Max might be worth it—for the camera alone By Stan Horaczek (Nov. 2020)

“You’d have a hard time finding a more thorough—and yet still accessible—iPhone camera review than this take on the iPhone 12 Pro Max, which we called the “best overall smartphone camera I’ve used.” Read it to learn all about bokeh, HDR, Lidar-powered focusing, and much more. Bonus: The piece includes plenty of great photos that reveal the subtle differences between the 12 Pro Max and the 12 Pro.” —Rob Verger, Associate Editor, Popular Science

In Louisiana’s ‘Cancer Alley,’ a Black community battles an industry that threatens its health—and history By Megan I. Gannon (Nov. 2020)

“Residents in Louisiana’s St. James Parish are no strangers to the fight against environmental racism—petrochemical plants spew cancer-causing substances there at shocking rates. But a new construction plan puts more than just their health at risk. It also threatens the Black community’s long-buried past.” —Rachel Feltman, Executive Editor, Popular Science