The best treatments we currently have for COVID-19

We’ve come a long way since the beginning of the pandemic. 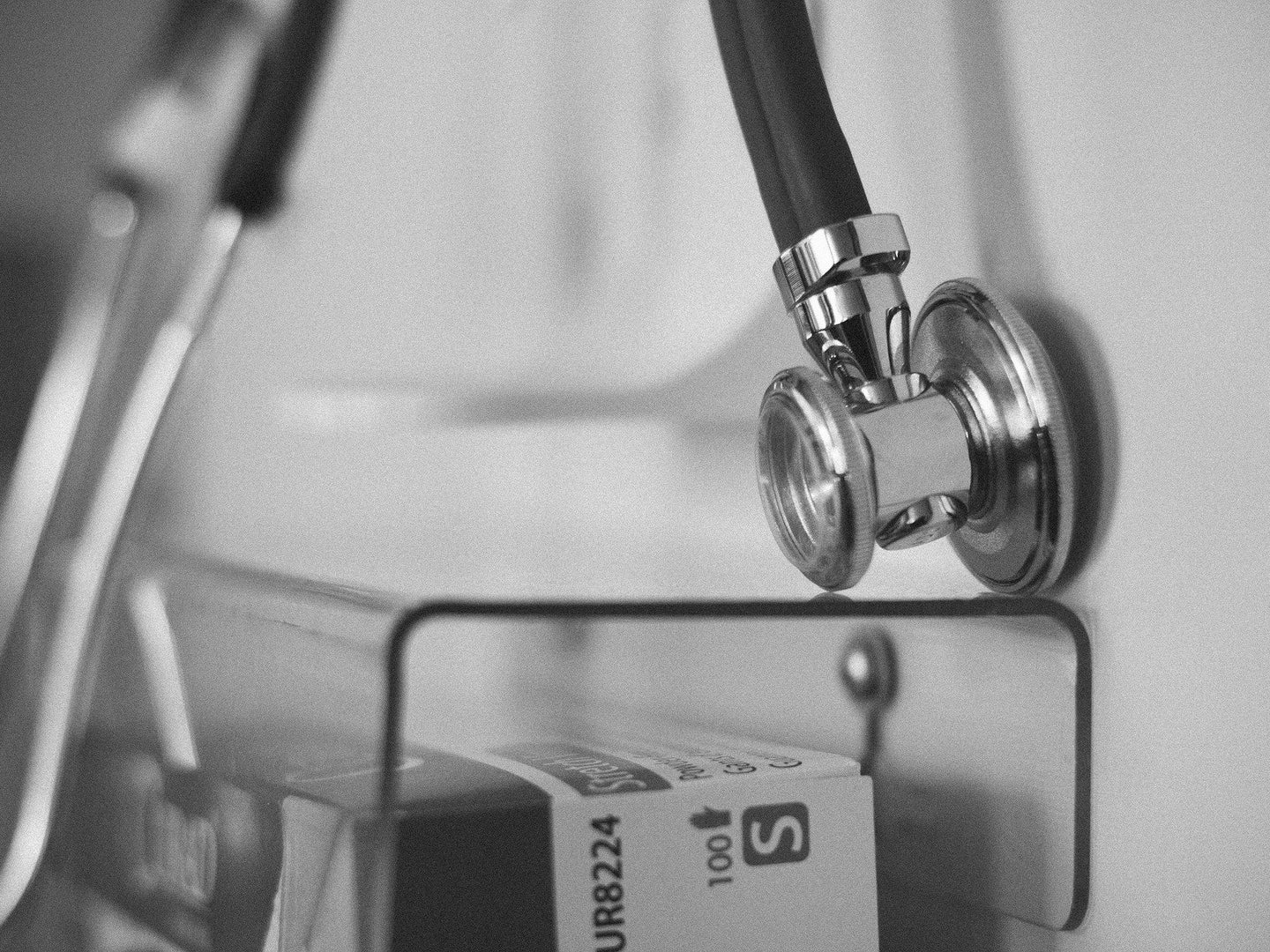 With about a year into the pandemic, doctors and researchers have found a few techniques and treatments that work, and others that don't. Pixabay
SHARE

This post has been updated. It was first published on March 29, 2021

In the United States, COVID-19 vaccinations have been rolling out for the past couple months, providing more hope that the eventual end of the pandemic could be in sight. There’s a long road ahead before everyone is vaccinated—around the world, not just in the United States—but the good news for those who get COVID-19 between now and then is that we know more about treating the disease now than we did in the early months of the pandemic. Here’s a breakdown of the best treatments we have for COVID-19.

Some of the most promising COVID-19 treatments have relied on giving the patient’s own immune system a boost using antibodies from other people.

Once someone is exposed to a pathogen, their immune system tries to develop antibodies against it, but the process of developing one’s own antibodies can take some time. Adding antibodies from another source to the bloodstream can buy that time. Doctors have been using plasma, the liquid part of blood, and the part that contains antibody proteins against COVID-19 for this purpose. This so-called convalescent plasma is drawn from people who have already had the disease (hence the name).

Convalescent plasma contains more than just COVID-19 antibodies, which means it’s not the strongest treatment. A small but well done clinical trial performed in Argentina and published in The New England Journal of Medicine in early January found that if the treatment is given within days of start of illness, the treatment does prevent older adults from getting severe COVID-19.

But monoclonal antibodies aren’t a cure. Their use is only recommended for people who are newly infected with SARS-CoV-2 to help keep the disease from taking root. In a Nature Biotechnology commentary from October, a panel of experts note these treatments are hard to develop and are generally used mostly for diseases that we don’t have vaccines for, like HIV. In the case of COVID-19, they note, monoclonal antibodies may prove most useful to help people who don’t respond to a vaccine—for example, older adults with weakened immune systems—since they may still be susceptible after the rest of the population is immunized.

A recent study published in January 2021 in Science gave nursing home residents a single infusion of Eli Lily’s monoclonal antibodies at four times the typical dose and found that the antibodies reduced the risk of becoming ill with COVID-19 over a period of two months by 57 percent. The trial involved 1000 nursing home residents and half the participants received a placebo. Its unclear how this could fit in, given the continued expansion of vaccines in nursing homes as a way to prevent COVID-19.

At the end of July 2021, the FDA authorized Regeneron’s monoclonal antibody therapy—known as REGEN-COV—for use as a post-exposure prophylaxis treatment for COVID-19. Its use in this manner is limited, however. The prophylactic treatment is only authorized for those who are unvaccinated or in those who are vaccinated, but who, according to the FDA “are not expected to mount an adequate immune response to complete SARS-CoV-2 vaccination.” This group includes people who are taking immune suppressing or altering drugs or have other conditions that affect the way their immune system works.

The treatment is a one-time infusion of the monoclonal antibodies and is authorized for individuals who have been exposed to someone with COVID-19 or have a high risk for exposure (such as living in a nursing home). In a Phase 3 clinical trial, overall, there were 62 percent fewer cases of symptomatic COVID-19 in the group getting the antibodies compared to the placebo group.

Antivirals work by targeting virus’ ability to infect other cells. In early December, the World Health Organization released results from a large-scale trial of three antivirals: remdesivir, hydroxychloroquine, and lopinavir. Its results led the international organization to conclude that the drugs had “little or no effect on hospitalized patients with COVID-19.”

Remdesivir, the most widely used drug of this class in treating COVID-19, works by blocking an enzyme that SARS-CoV-2 uses to replicate itself. Remdesivir was initially designed to combat Ebola, and although it didn’t prove effective for that disease, the Ebola studies demonstrated that the drug was at least not harmful to humans.

Back in October of 2020, the FDA officially approved remdesivir to treat COVID-19, making it the first drug to be green-lit to treat the disease (after being given emergency-use authorization in May). Despite this regulatory success, studies have not shown equal achievement. Even the most robust studies showed no evidence that remdesivir prevents deaths from the novel disease.

Further, another tricky thing about antivirals in general is that they often have serious side effects, since the mechanism of action they’re blocking isn’t always unique to a virus. It might be something your cells need to do as well. Take, for example, hydroxychloroquine and chloroquine, potent antimalarials that have been shown to be ineffective against COVID-19. These drugs work by impairing a part of the cell called the lysosome, which basically breaks down and gets rid of cellular garbage. In the single-celled parasite that causes malaria, messing up its lysosome kills it. But these drugs also screw with the lysosomes inside your cells too, which accounts for the serious side-effects they have. They’re only recommended for use in cases where the benefits of the treatment outweigh the harmful side-effects. For these reasons, on March 2, the World Health Organization strongly advised against using hydroxychloroquine to treat COVID-19 for all patients.

A few other antivirals are also being investigated, including Favipiravir and Ivermectin. Favipiravir is still being studied for use against COVID-19. It’s been approved for use by some countries, including India. But we’re still learning more about its effectiveness and the FDA has not yet approved it.

Ivermectin, on the other hand, showed some early intrigue by researchers but ultimately did not pan out; one study found that at a high dosage level it killed SARS-CoV-2 cells in a petri dish, but that dosage could be lethal to humans. A similar version of Ivermectin is used to prevent heartworm in dogs, and is relatively available to get. As such, the FDA has issued warnings, the latest one on March 5, 2021, not to use Ivermectin to treat or prevent COVID-19.

Even with this lack of evidence and serious warnings, demand for the drug is still high, on internet group chats and in certain pockets of the US. “It’s hard to understand why people would turn down an FDA-approved Covid preventative in favor of a treatment that’s not only unapproved but has a large body of evidence showing it doesn’t work,” Nathan Boonstra, a pediatrician at Blank Children’s Hospital in Des Moines, Iowa told NBC News in August 2021. Most recently, on August 26, 2021, the CDC issued another warning about the uptick in dangerous Ivermectin usage, stating “Adverse effects associated with ivermectin misuse and overdose are increasing, as shown by a rise in calls to poison control centers reporting overdoses and more people experiencing adverse effects.”

[Related: Read about what COVID-19 will look like once the pandemic ends]

Steroids like dexamethasone have been used to treat the worst effects of COVID-19 by reducing the body’s own immune response. They’re effective in preventing the potentially life-threatening inflammation that results from severe infection and that can cause Acute Respiratory Distress Syndrome (ARDS), which is a main cause of COVID-19 fatalities.

But just like antivirals, sometimes the side effects from steroids can actually make things worse. Since steroids suppress the immune system, they can also make it harder for your body to fight off a COVID-19 infection. The trick is in knowing when they can be more helpful than harmful, and which dose is best. Here again, research is ongoing, but trials earlier in the year demonstrated that steroids definitely can help in treating the most severely affected COVID-19 patients.

Other medications that influence the immune system

The immune system plays a key role in how a person responds to an infection with a virus like SARS-CoV-2. As such, other drugs that influence the immune response, though not steroids, have also been looked into for preventing the overwhelming inflammation that often accompanies an infection with the novel coronavirus. In particular, researchers have been looking at drugs that dampen down the release of cytokines, proteins that the body produces en masse to fight off an infection. Doctors and other researchers have been finding that overproduction of these proteins can often contribute to severe COVID-19.

One drug, called Baricitinib, which is approved by the FDA to treat rheumatoid arthritis, has been investigated when used in conjunction with remdesivir, though the results were modest at best. Those who benefited most were on high-flow oxygen, not ventilation. For that group Baricitinib and remdesivir, taken together, shorten recovery time from 18 days to 10 days.

Another, called Tocilizumab and also approved to treat rheumatoid arthritis, seemed promising early on as well but recent investigations were mixed. A study published in January in The New England Journal of Medicine found that among a group of COVID-19 patients hospitalized with pneumonia but not on a ventilator, Tocilizumab reduced their chances of needing a ventilator from approximately 1 in 5 to about 1 in 10, though it did not improve overall survival rates.

A whole host of other treatments have been tried for COVID-19, but they have either not proven themselves to be effective in clinical trials, their results were modest at best, or different trials showed mixed results. Recently, that’s been true for the antibiotic, Azithromycin (also called a z-pack), which is designed to treat bacterial infections but also been found to reduce inflammation overall, which researchers hoped could help with the extreme inflammation response seen in severe COVID-19. However, according to The New York Times, a large, double-blind clinical trial found no benefit of the antibiotic in hospitalized COVID-19 patients.

Vitamins, especially Vitamin D and zinc, have also gotten a considerable amount of media coverage throughout the pandemic, but taken as a whole, the results are a mixed bag. For Vitamin D, there has yet to be a decent clinical trial to show that supplementation with Vitamin D helps COVID-19 or that low Vitamin D levels mean you are more likely to get severe COVID-19. For now, if you are low on Vitamin D, its important to talk to your doctor and supplement if needed, but there’s nothing that can be definitively said about the vitamin’s connection to COVID-19.

Two methods that are non-pharmacological but do work are ventilators, which help provide needed oxygen, and a technique known as proning, or prone positioning, in which patients with severe respiratory illnesses are positioned on their ventral (belly) side. This placement helps keep their lungs open.

Even as our methods have advanced, the best route is still to try and avoid getting sick if at all possible. Wear a mask, maintain social distance, wash your hands, and stay at home as much as possible. A vaccine is coming—we just need to keep each other safe until then.