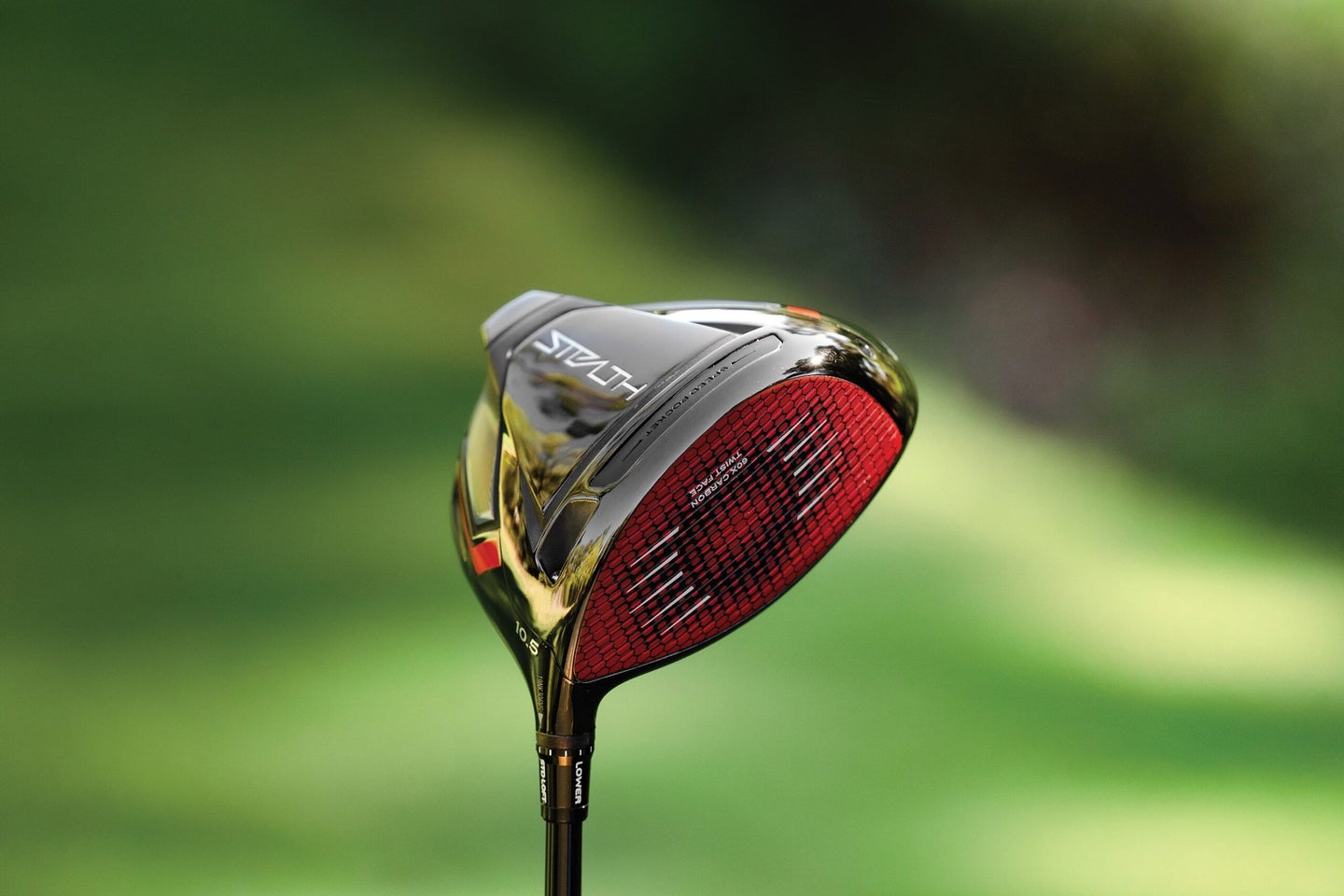 Big-headed drivers take more abuse than any other club in a golfer’s bag: Their faces whack the ball causing it to experience roughly 30,000 Gs. That’s enough force to obliterate even the fanciest carbon fiber, a material that became a darling of clubmakers over the last two decades owing to its strength and lightness. Faces that self destruct in testing have been enough to send manufacturers running back to titanium models, which have been the standard since the early ‘90s. With its new Stealth driver, TaylorMade, the company that first ditched classic wooden heads for steel ones in 1979, has cracked the formula to create a light carbon face durable enough to withstand thousands of strokes while delivering more ball speed—and longer drives.

Titanium has long been a go-to for very good reasons. It offers one of the highest strength-to-weight ratios of any metal on the planet, which means companies can make massive 460cc drivers that butt up against the PGA’s maximum size without adding weight that slows down a swing. Metals are ductile and flexible, which allows them to bounce back after deforming at impact.

The allure of carbon fiber is that it’s even lighter than titanium, but it brings its own complications. It’s comprised of strands of carbon woven into a fabric-like sheet. By laying wafers of it on top of each other in different orientations and bonding them with resin or another polymer, manufacturers can create a substance that’s roughly five times stronger than steel and twice as stiff. The most common issues stem from imperfections and air pockets in the layers. When TaylorMade began researching the possibility of a carbon face in 2000, designers found that scanners used to seek out flaws could only detect voids the size of a coin. In order to toughen up the club, they needed to find bubbles measuring just a fraction of a millimeter, so they turned to machinery typically reserved for microchip manufacturing where the tolerances are absurdly tight.

Once it had the means to find the potential problem spots, TaylorMade still had to tweak the formula for its manufacturing process. Elements on the top and soul of the club rely on up to nine carbon fiber layers. The Stealth’s 4mm-thick face takes 60 sheets of much thinner material with additional resin to fill in space that could otherwise turn into air bubbles. As a result, the company says its face boasts the same durability golfers would expect from a titanium version, while offering a more than 40 percent weight reduction.

The clubmaker hasn’t nuked all the titanium out of the Stealth driver, however. The head’s internal frame still taps the metal for its structure. It also gives the driver the satisfying sound golfers crave when it strikes the ball: TaylorMade tweaked the internal armatures to ring with a satisfying thwack similar to what you’ll get out of an all-metal head, instead of a muted clack that you might expect from carbon.