Blood, death, and eye gouging: welcome to the world of acorn woodpeckers

The brawls last for days and are often a spectator sport. 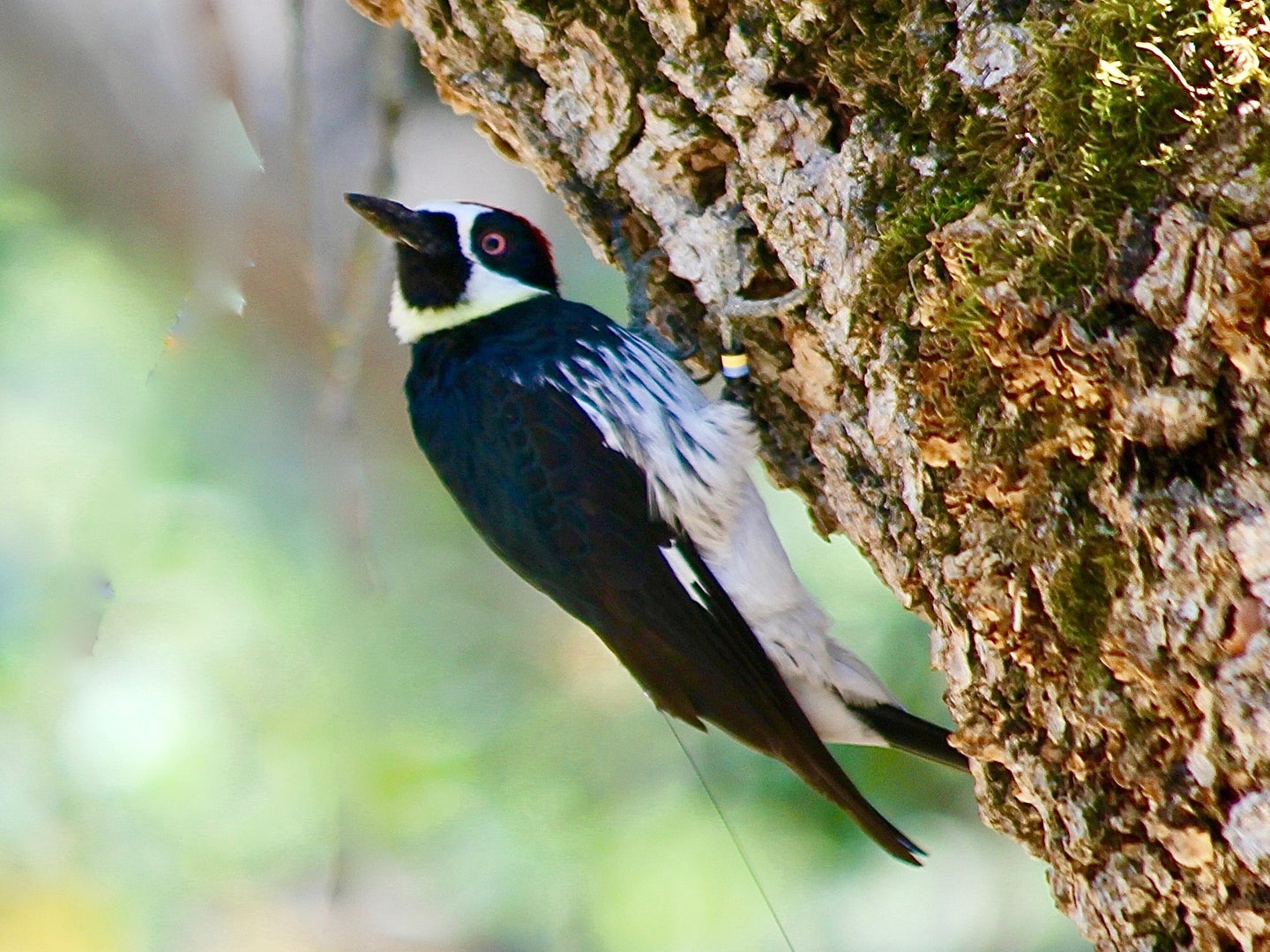 Acorn woodpeckers are willing to invest an impressive amount of time and energy in these power struggles, whether they are warriors or spectators. Sahas Barve
SHARE

For the acorn woodpecker, turf wars aren’t just violent and potentially fatal—they’re a spectator sport. When a vacancy in a promising territory opens up, usually after a bird’s death, a fierce battle begins between rival bands of brothers or sisters. These brawls involve 40 or more birds, can last for days before a single coalition wins, and attract a crowd of other woodpeckers who leave their own territories unattended to watch the spectacle, scientists reported September 7 in the journal Current Biology. The findings indicate that acorn woodpeckers are willing to invest an impressive amount of time and energy in these power struggles, whether they are warriors or spectators.

“It seems like these power struggles are really important sources of social information,” says Sahas Barve, an avian biologist at the Smithsonian National Museum of Natural History and a coauthor of the new findings. “Our best guess is [that] they get some juicy tidbits out of it.”

The bounty that spurs these battles are granaries, or trees where the woodpeckers store acorns. The resident birds may drill tens of thousands of holes in a single granary over multiple generations.

Although acorn woodpeckers are found from Oregon to northern Colombia, Barve and his colleagues focused on a specific population that lives year-round in Carmel Valley, California. “In California especially acorn granaries are essential for their overwinter survival,” he says. During the cold, rainy winters, the flying insects that are the woodpeckers’ preferred diet disappear and the birds depend on the nuts in these pantries.

Each granary belongs to a group of between two and 16 birds. These communities can include multiple males and females that breed together, as well as their grown offspring, or helpers. “They all have a communal nest together where they don’t know who the father or mother is of any one nestling,” Barve says. The helpers assist in raising their younger siblings until they can find a territory—and mates—of their own.

These opportunities can arise when all the breeding males or females at another granary die off. “That is when the power struggle happens and that is why you have multiple coalitions of brothers or sisters coming in and fighting other coalitions,” Barve says. Most of these teams have two to four members. Although a dozen or more coalitions may enter the melee, only one can emerge victorious.

The three battles that Barve and his colleagues observed all involved vacancies for female birds. After a coalition of sisters defeated all of their rivals, the group moved in and began getting to know the granary’s remaining males. “All the males in the group become breeders,” Barve says. “They accept the winners of the power struggle and in a few months, they have a new nest with them.”

These conflicts are extremely violent; combatants sometimes have their eyes gouged out or die from their injuries. “These birds are very vicious,” Barve says. “They are really serious about it; it’s not just posturing.”

Until now, scientists have had a difficult time keeping track of individual birds in all the chaos. Barve and his colleagues had fitted many of the woodpeckers in the area with tiny radio transmitters—which resemble a fanny pack held in place by a harness—to investigate their movements for another project. Between spring 2018 and 2019, the researchers observed 36 of these birds attending power struggles, sometimes traveling from more than a mile and a half away.

Unsurprisingly, the combatants spent the most time at the battles; one pair of females fought over 10 hours each day for four consecutive days, only to be beaten by another coalition. The onlookers only spent about an hour on average watching the action each day, but often journeyed greater distances than the warriors to reach the battle.

Scientists aren’t sure exactly what the audience—some of which are birds that already have a breeding position in their own territory—gains from watching these fights, Barve says. But it would make sense for the birds to be keeping tabs on their neighbors and staying up to date on who is alive, who is related to whom, and how strong their bonds are.

“It’s very rare for birds to understand complex social relationships, but acorn woodpeckers live in a very tight social network,” Barve says. “They have an intimate knowledge of the relationships between a bunch of different individuals.”