And fire season has just begun. 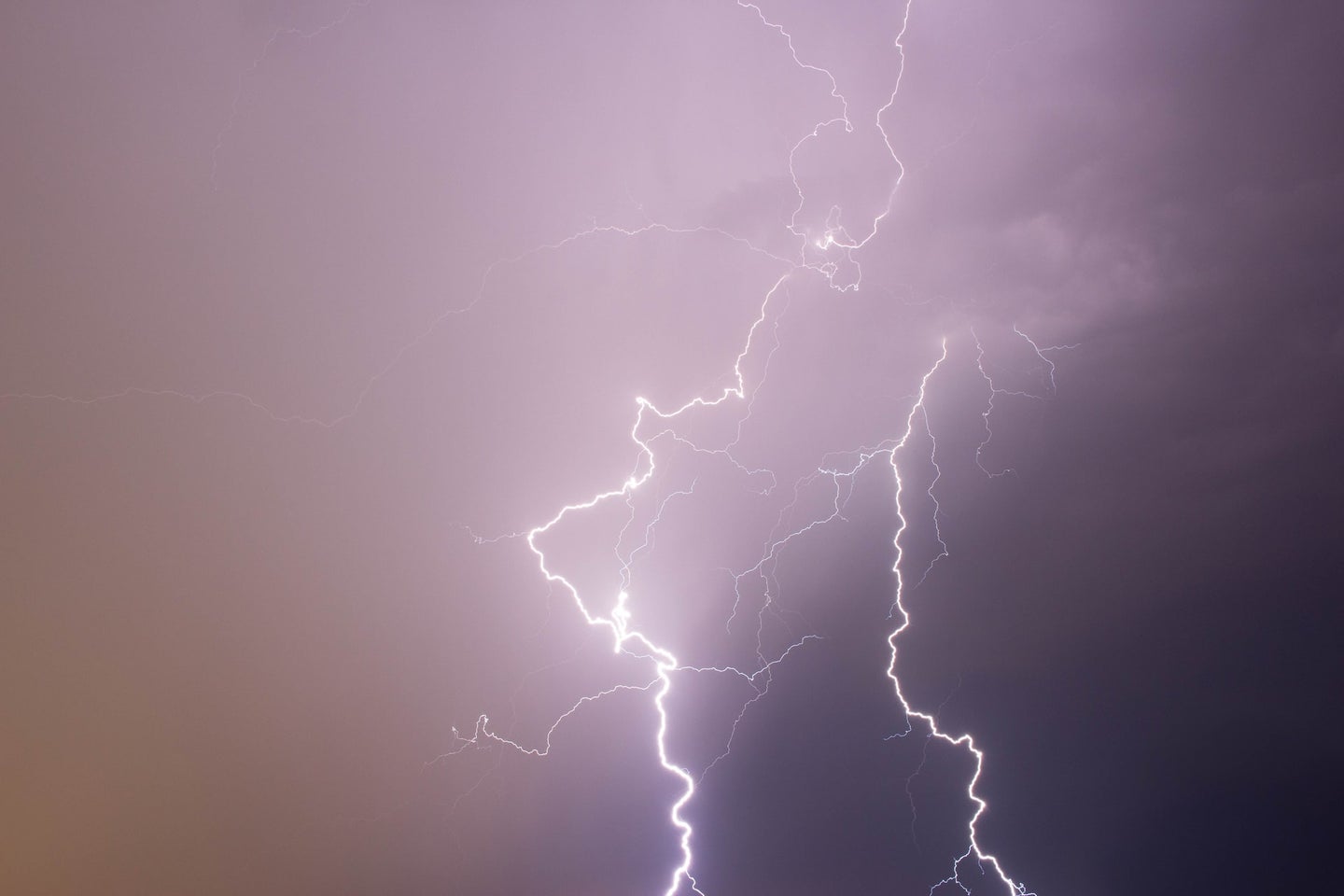 Thunderstorms with lots of lightning and little rain have sparked the worst of the fires. Unsplash
SHARE

Thousands of lightning strikes across California have caused hundreds of individual fires in recent days, creating two massive blazes that mark the second and third largest in the state’s history. Officials expect more “dry lightning”—thunderstorms that don’t produce enough rain to keep the parched land below from sparking—to hit Northern California on Sunday and Monday.

The two largest wildfires currently burning in California are known as the Santa Clara Unit (SCU) Lightning Complex and the Sonoma-Lake-Napa Unit (LNU) Lightning Complex. A “complex” refers to two or more individual fire incidents that are in close enough proximity to fall under one unified containment effort.

On Sunday, local outlets were reporting that both the SCU and LNU complexes had surpassed 340,000 acres, with the record for California’s second-largest wildfire being volleyed back and forth as the blazes spread. The pair are surpassed only by 2018′s Mendocino Complex.

On Saturday evening, The New York Times reported that SCU had burned through at least 339,968 acres in Contra Costa County, Alameda County, Santa Clara County, Stanislaus County, and San Joaquin County. Fortunately, SCU has so far burned mostly less populated areas than the 2018 blaze—because the fires that grew to form the Mendocino Complex were caused by human activity, the flames quickly devastated many communities. This is not to say, however, that the SCU Lightning Complex does not pose a major threat: Local news report two civilian injuries and two injured first responders as of Sunday, and several counties are under mandatory evacuation orders.

The LNU Lightning Complex has reportedly burned through more than 341,000 acres in Napa, Yolo, Sonoma, and Solano counties, and has killed at least four civilians so far. Multiple counties are under mandatory evacuation orders, as storms on Sunday and Monday are expected to spark more fires to join the complex.

California governor Gavin Newsom said in a Friday press briefing that Cal Fire had already called out 96 percent of its available fire engines. He emphasized that the state’s annual fire season has just begun, and put out a call for assistance from Canada and Australia’s firefighting personnel.

On Saturday, President Donald Trump declared the fires a “major disaster” and ordered federal aid to assist affected areas. According to a White House statement, the funds could include “grants for temporary housing and home repairs, low-cost loans to cover uninsured property losses, and other programs to help individuals and business owners recover from the effects of the disaster.”

Evacuation efforts are complicated by the COVID-19 pandemic, which is actively spreading in many parts of California. Officials have suggested that evacuees stay with friends or family outside the endangered zone whenever possible, and shelters are reportedly enforcing social distancing as best they can. You can read more about how COVID-19 has affected preparations for fire season here.

The LSU and SCU complexes may be particularly massive, but they are far from California’s only concern. Two other, smaller complexes are also raging in Northern California this weekend, in addition to multiple individual wildfires. As Popular Science has previously reported, California’s natural propensity to burn has collided disastrously with the effects of climate change. That, combined with the pandemic, may make for a particularly dangerous fire season.