How to help an injured bird

You don’t need specialized skills to get a hurt or stunned bird to safety. 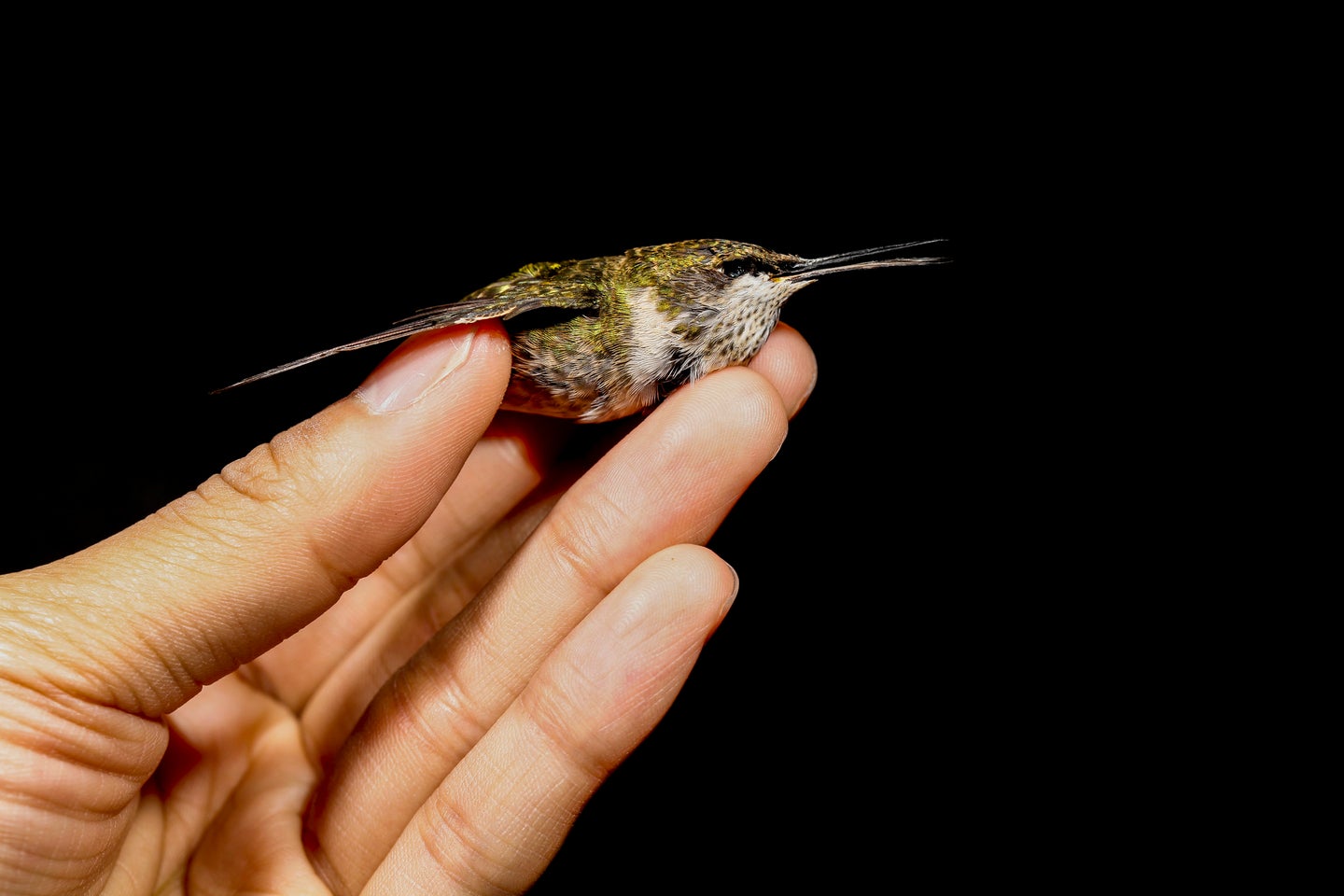 The morning after a storm, you wake up to crisp air, brilliant sunshine, and a dead bird laying outside your window.

On closer inspection, the bird is still breathing and moving slightly. But it needs help right away. What do you do?

Unless you have experience with wildlife rehab, you likely won’t be able to diagnose an injured bird. But that doesn’t mean you can’t get it to safety. For a smaller bird, all you need to do is grasp it gently around the body, put it in a soft paper bag, and place it where it won’t get stepped on or attacked by a pet, as senior conservation biologist Kaitlyn Parkins explains in the video below. (Don’t use a box because if the bird tries to flap its wings against the rigid sides, it might hurt itself.) Then give it some time to recoup in the dark, where it’s not too stressed out about what’s happening around it. Every species has a different diet, so don’t try to feed it seeds or worse, bread.

If you start to hear some movement in the bag, that means the bird was in shock and is now ready to go. Take it to a tree-filled area, away from traffic if possible, and tip the bag over on the ground to let the animal fly out. If it doesn’t exit willingly or has trouble using its wings, it might have a more serious injury. In that case, look for a wildlife rehabilitator in the area or contact your local animal control agency.

For a larger bird like a hawk or woodpecker that might try to sink a beak or talon into your skin, call in an expert right away. If they can’t get to you quickly, calm the animal down by dropping a towel over its head: It should stop struggling once its sight is obscured. You can then hold it by the body (again, avoid picking it up by the wings or legs) and move it into a box or pet carrier. Bunch the towel up against the sides to keep the bird from whacking itself against unforgiving cardboard or plastic. This video from the Southeastern Raptor Center in Auburn, Alabama, shows the step-by-step—albeit with a stuffed owl.

Now that your avian patient is safe, let’s take a minute to understand how it ended up on the ground. Every fall and spring, tens of millions of birds migrate through the US to get to their winter or summer homes. The journey exhausts them, and they often have to make overnight stops in cities and suburbs, especially when there’s rain or heavy winds on the forecast.

Sadly, they don’t always make it back into the skies the next morning. Many migrating birds get confused by bright lights and glass windows, and end up crashing into high rises, sport stadiums, college dorms, and people’s houses. Some smaller species, like Anna’s hummingbirds and brown creepers, might die on impact. Others might be temporarily stunned, left with a broken limb, or suffer permanent brain damage.

While glass collisions are common during migration, they happen year-round, so keep an eye out. If you notice lots of dead or injured birds outside certain windows at your home, office, or school, it may even be time for an architectural update. You can space out stickers, put up tape strips, or invest in panes covered in ultraviolet patterns that birds can see but people can’t. And for any feathered travelers you can’t rescue, call a museum, Audubon group, or university in your area to see if they’re collecting data and specimens to better understand the killer problem.