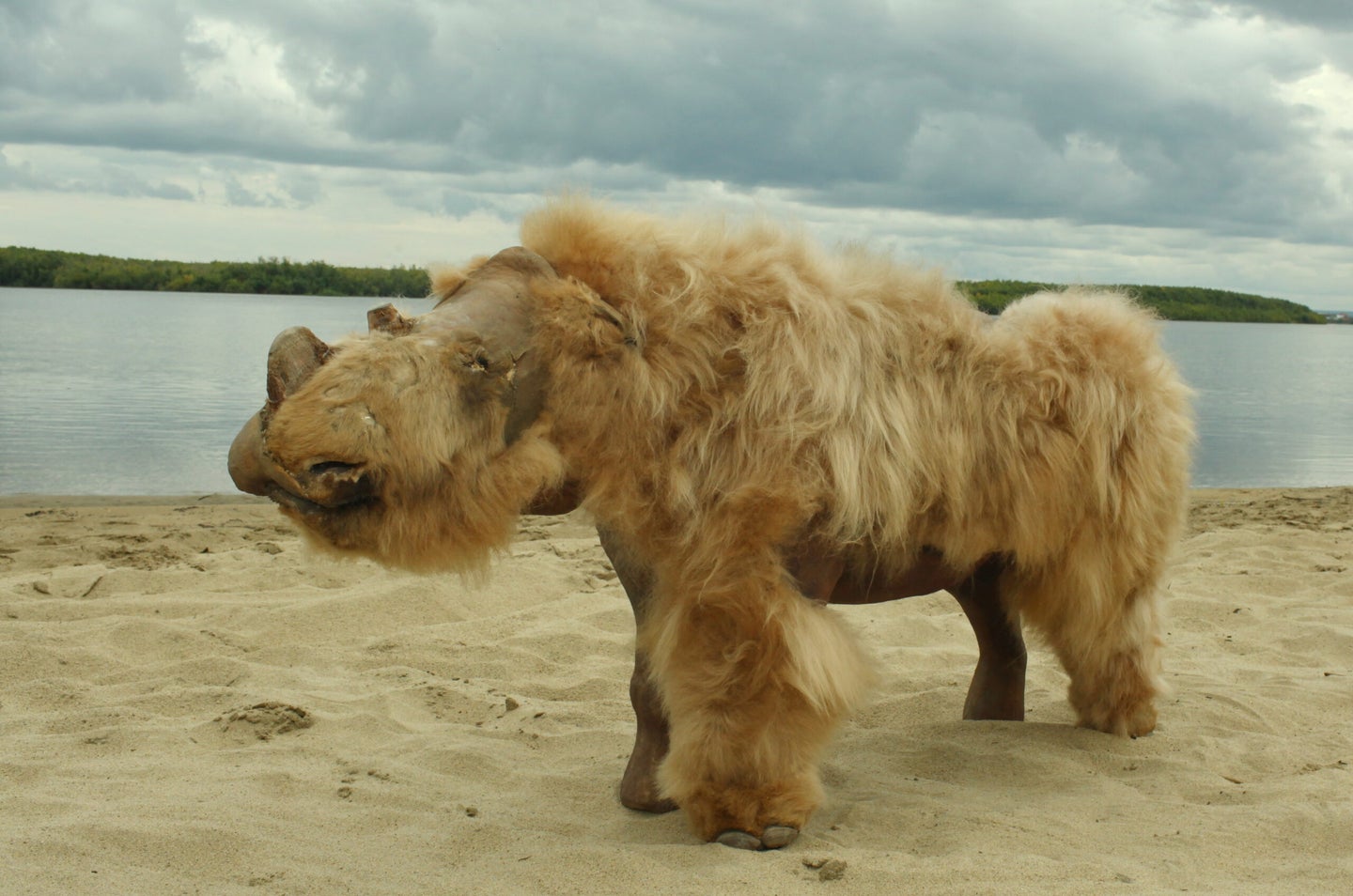 Pyrenean ibexes, dodo birds, passenger pigeons, and Tasmanian tigers are just a few of the many species of animals that humans have over hunted and wiped out. Whether for a prize or a meal, these animals met their end when they came face-to-face with humans on a scale they never could’ve handled.

While some went extinct as early as the 17th century,others may have met their demise by human means even far earlier—namely major Pleistocene megafauna like the woolly rhino. This fuzzy yellow creature, about the size of today’s white rhinos, wandered the European continent from Siberia to Iberia up until 14,000 years ago.

These creatures, much like the woolly mammoth, faced an even more confusing set of unlucky situations that included a rapid warming of the globe which ultimately ended the ice age. And while it’d be easy to put the blame fully on humans, the ever-rising temperatures of a once icy landscape may have more to do with their demise than researchers previously thought.

To better understand this relationship, a group of scientists out of Sweden took a closer look at the genomes of fifteen woolly rhino samples, and found that even 13,000years after humans arrived on the rhino’s turf, the genetic diversity of the species remained strong and healthy, showing little signs of decline that would come alongside overhunting. They published their work this month in Current Biology.

The samples, which included a nearly fully preserved frozen specimen found in Russia and an undigested tissue found inside the stomach of a well-preserved ancient dog or wolf, showed that just a couple of thousands of years before the creatures would essentially vanish from earth, the beasts were doing just fine, says lead author and Stockholm University Ph.D. student Edana Lord.

Using a full genome extracted from mitochondrial and nuclear data, she and her co-authors were able to determine that up until 18,500 years ago, the genetics of the creatures were diverse, and population sizes were still relatively strong.

Those results, Lord says, combined with the genetic diversity and shifts in population sizes over time, suggest that “up until a certain point, the population size remained constant. For a species that went extinct, you’d expect a sort of decline at some point, and we don’t see that.”

Humans had started to appear in an extremely icy Europe around 30,000years ago, and if they had truly been doing enough hunting to knock out a whole continent of two-ton horned beasts, it’d likely be more evident by then, she says. If more rhinos were hunted, there’d be a decline in genetic diversity as future generations bred and roamed the earth.

“With that sort of result, it probably would indicate that the decline afterward was very rapid and potentially caused by climate,” Lord says. Even beyond the DNA strength of the species, Lord found genomic characteristics in the samples that would’ve made the rhinos strive to stay alive in cold climates that aren’t too different from what has been found in woolly mammoths.

Tyler Faith, an archeology and anthropology expert at the University of Utah who was not involved in the study, says this idea could possibly extend to other species that met their ends as the ice age melted away. But, there’s still the chance that humans played their part in knocking the animals into extinction, as a sort of one-two punch. After all, Faith says, massive herbivores like these rhinos were slow to breed and it wouldn’t take a “catastrophic slaughter” for humans to make a dent in the population.

We likely will never know for certain who’s to blame for killing off these massive fuzzballs, but to better understand we need more and more samples, Lord says, hopefully dating even closer to when they officially disappeared. And as our climate warms, to the demise of many of our current-day animals, Siberia keeps melting, she adds, possibly bringing more and more woolly rhinoceros history back to the surface of the earth.