This WWII shipwreck hosts an underwater kingdom of bacteria

Iron-eating bacteria were among the thousands of microbes dwelling within the shipwreck. 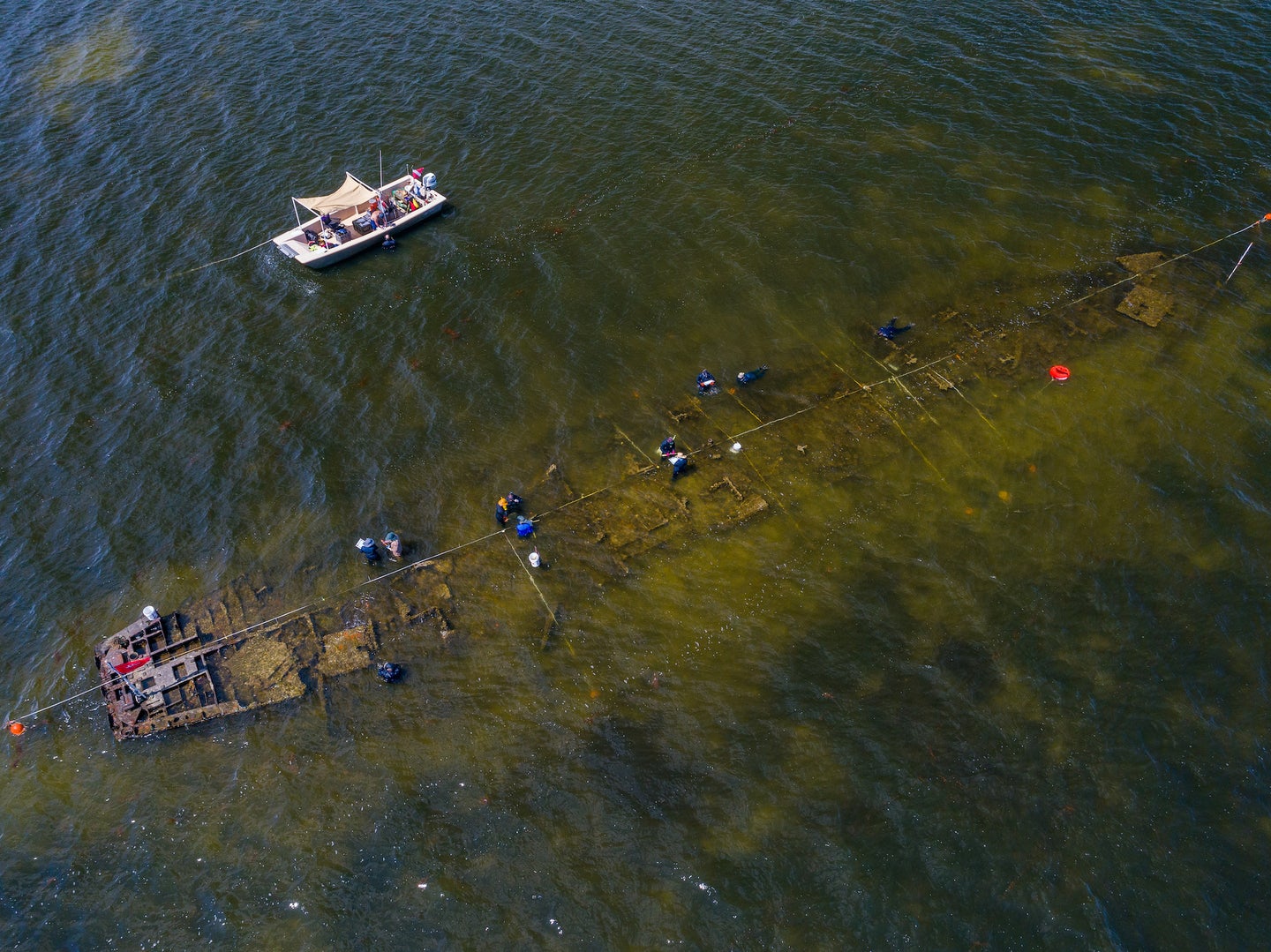 Thousands of vessels are submerged in the waters off the coast of North Carolina. The Outer Banks, with its strong currents and storms that create treacherous conditions for ships, is nicknamed “The Graveyard of the Atlantic.” However, many of these wrecks have taken on new duties by providing valuable habitat for fish and other marine animals—as well as hordes of microscopic lifeforms. When scientists recently investigated the microbial inhabitants of a single shipwreck in the shallow waters near Hatteras Island, they identified thousands of different species of bacteria.

“They all play a different role; they’re all doing something different for the environment and community,” says Erin Field, a microbiologist at East Carolina University in Greenville. Field and her colleagues, who reported the findings today in the journal Frontiers in Microbiology, found bacteria that hasten corrosion as well as species that may help preserve the ship or make it a more enticing habitat for other marine life forms. Understanding these diverse communities of microbes will help us better conserve the ships they call home, Field says.

“We often think of a shipwreck environment as just one location, but there are so many differences even within one shipwreck site,” Field says. “It’s important that we take that into consideration when we are beginning to design management efforts to preserve these really important historical wrecks.”

The ruins that her team explored, the Pappy Lane shipwreck in Pamlico Sound, are more than 160 feet long. They belong to a former World War II warship that was converted into a barge before running aground in the 1960s. To build a picture of the wreck’s bacterial community, the researchers collected samples of the surrounding sediments and seawater, loose debris from the ship, and chunks of metal drilled from the steel hull.

They found DNA corresponding to at least 4,800 different kinds of bacteria, with certain species gravitating to different environments within the wreck. “There are so many microbes out there, they often have to compete for space and resources,” Field says. “They need to find the best spot for themselves.”

She and her colleagues were particularly interested in “iron-eating” bacteria, which depend on iron for their energy and produce rust as a byproduct. These bacteria were present all over the ship, and included a new strain of a species called Mariprofundus ferrooxydans. However, the microbes were especially plentiful on chunks of debris covered in bright orange rust. Many of these came from around the bow, which seemed to be corroding more quickly than other parts of the ship.

“We’re trying to understand how the microbes assemble in those areas, and can we detect earlier on which areas are going to be vulnerable to biocorrosion [and] tailor our strategies and preservation efforts to mitigate that,” Field says.

She and her team also identified bacteria that can help preserve the sunken ship by coating its metal surfaces in a biofilm layer that protects it from corrosion. Also present were bacteria that break down petroleum compounds, indicating that a fuel tank may have leaked its contents into the nearby waters at one point. Others, including the newly discovered strain of M. ferrooxydans, convert nutrients such as carbon and nitrogen into forms that other organisms can use. “We know that they’re doing more than just causing corrosion,” Field says.

Aside from their historical significance, shipwrecks have a rich role in marine ecosystems. These ruins are sometimes called artificial reefs because they provide marine creatures with shelter and hard surfaces for barnacles, corals, and other organisms to attach themselves to. Microbes like the ones Field and her colleagues found provide the foundation for these services.

“They are the organisms that first attach to the wreck when it’s submerged and they contribute to nutrient cycling and the generation of food that other organisms need and they really help maintain the integrity and structure of that wreck so that the other organisms benefit,” Field says. “So it’s important that we really take a closer look at what they are doing and how they do it.”