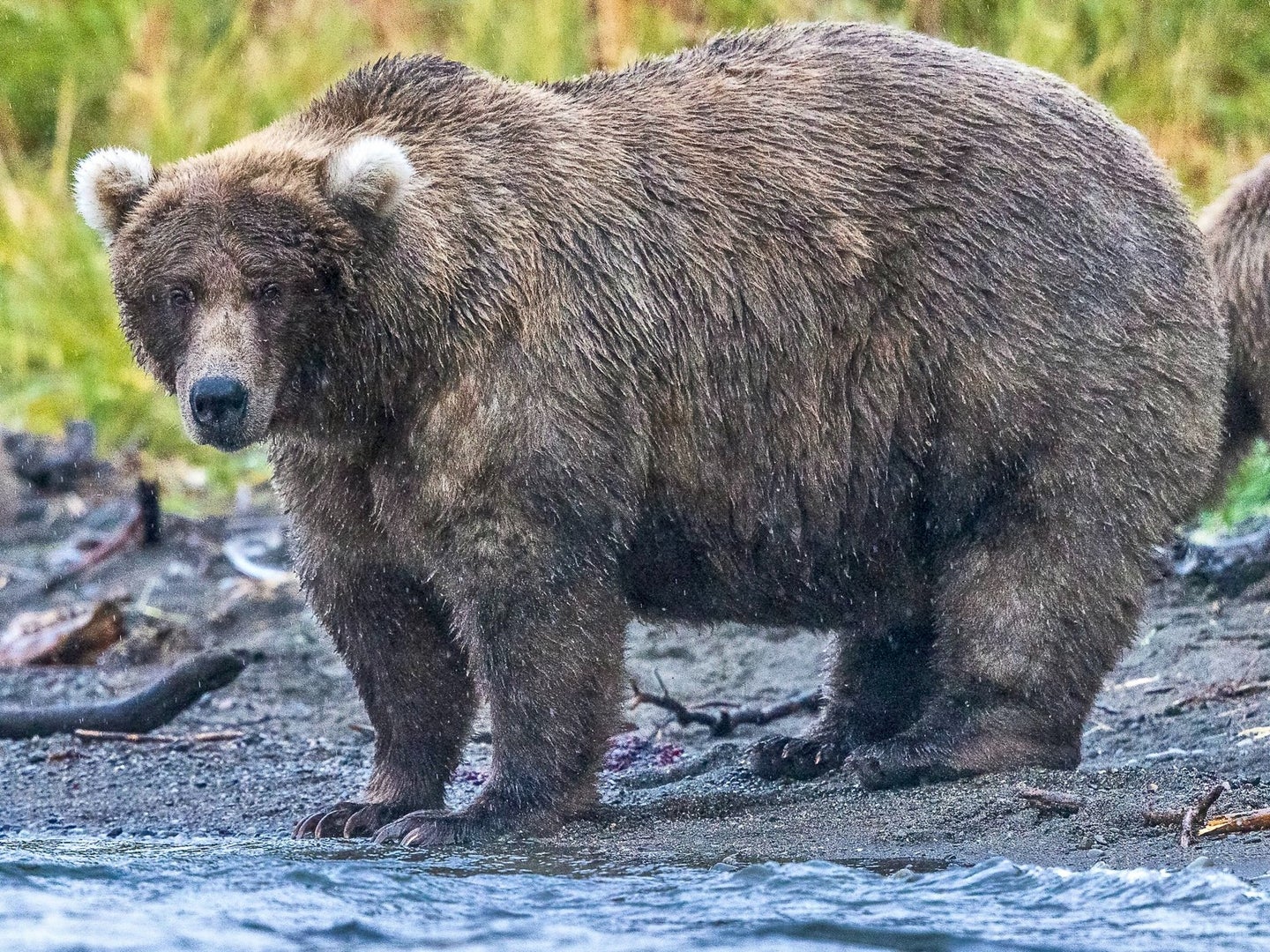 This week, anyone with internet access can help to determine the winner of a bizarre competition: which bear in Katmai National Park and Preserve in Alaska is the fattest of all. Since 2013, the park and its partner organizations have held an online competition in which the public can vote on who they think is the heaviest ursine. “I like to say we’ve gotten so big that we are rivaling shark week,” says Sara Wolman, a project manager at the Katmai Conservancy, a nonprofit organization that supports the preservation of Katmai National Park.

Right now, the brown bears that live in Katmai (they number some 2,200) are ingesting all the salmon and berries they can eat before the winter arrives, bringing with it a sharp decline in the food available and forcing the animals into hibernation. Through photos and a live camera located in Brooks Falls, where these bears hunt for salmon, people can vote for who they think is the chubbiest of them all.

But as we all know, cameras can be deceitful. And actually measuring the bears to get a more objective rating would be tricky, too. Typically, an ecologist who wants to accurately measure a bear’s weight would have to capture it to do so. “The bears have to be darted with tranquilizers oftentimes from helicopters, for instance, or they have to be trapped in a culvert. It’s sort of an intrusion on their lives,” says Mike Fitz, a nature specialist at Explore.org, a multimedia organization that hosts the voting platform for Fat Bear Week.

But for the non-scientific purposes of the competition, there’s no need to capture the bears and weigh them—that would be highly unnecessary. In 2019, a team of Katmai officials tested a new way to figure out how fat the contestants are. And their idea could be a starting point towards a new method of non-invasive, weight-measuring tools.

Last year, using laser scanning, biologists and geographic information specialists at Katmai Park measured five bears without capturing, sedating, or manipulating them, and they did the same this year. Even if questions remain about the new tool, it could change the way biologists measure bear weight, which is crucial to determining a population’s health.

The use of this new technology wasn’t planned. According to Wolman and Fitz, geographic information specialist Joel Cusick and some of his colleagues were near Brooks Falls measuring buildings and other infrastructure for Alaska’s regional office of the National Park Service. To do it, they had a Trimble SX10 scanner, a tool that measures objects like buildings or the topography of a landscape. It emits laser beams that bounce back to the device after they reach an object. Later, special software processes all the data points and creates a three-dimensional model of the captured object.

Led by Cusick, they decided to go to the wildlife viewing platform at Brooks Falls, located just a few yards from the edge of the river, Fitz says. The platform allows anyone visiting the park in late summer and early fall to witness the spectacle of brown bears fishing for salmon, whose migration is slowed down by the waterfalls. Cusick and the team had to wait for bears to stand still for at least 16 seconds. Over a day, they managed to capture enough information about five bears. Their names are 32 Chunk, 151 Walker, 480 Otis, 747, and 854 Divot, according to a blog post Fitz wrote about the process.

They then processed the information by digitally removing rocks and plants from the images, and found the volume of the bear’s bodies (a different metric than their weight). The hardest part, says Fitz, was calculating the animal’s mass. Since the scanner doesn’t provide information about the internal composition of the bears, the team had to approximate the percentages of body fat, muscle, and water of the scanned animals. The winner from the small sample was a bear called 747: he weighed an estimated 1,408 lb. The lightest one, a bear called 854 Divot, weighed a mere 676 lb.

These numbers confirm what is known among bear biologists: the bears living in the Katmai area are probably the biggest brown bears on Earth. Like any other bear, these animals enter a phase called hyperphagia during late summer. Their bodies become resistant to leptin, the hormone that fat reserves produce when an animal has a full stomach. But unlike other bears in other locations, the massive ursines at Katamai’s Brooks Falls have access to all sorts of food. They can gorge on berries and other plants that give them quick, sugary energy and the tons of salmon passing through Brooks Falls. “That’s a really, really special scenario that doesn’t happen that often,” says Joy Erlenbach, a bear biologist with the U.S. Fish and Wildlife Service. “So the bears of Brooks Falls are more the exception than the norm.”

Erlenbach, who worked at Katmai until 2017, found that the population of bears living in Katmai’s coastal area have a very different diet from those at Brooks Falls: even if the coastal bears are near otters and seals, they are vegetarians for most of the year. “From observing the bears at Brooks Falls, I can say with confidence that those bears are far, far bigger than anything you’d see on the coast,” she adds.

The weight of bears is also crucial for determining the health of a population, says Erlenbach. “[Even] If you don’t know anything else about the population, if you’re able to look at how fat the bears are and determine their percentages of body fat, you can infer how successful they might be having cubs,” she explains. (That’s because even if bears breed during the summer, a female bear can only successfully get pregnant if her body fat percentage is high enough, and the milk she later produces will have a higher percentage of fat, too, which is good for the cubs.)

For now, the laser-scanning tech only serves to satisfy the team’s curiosity about the real size of the fat bears of Katmai, says Fitz. However, he believes in the future they could use it every year to see if there’s a correlation between the weight of each animal and metrics like salmon numbers or individual bear fishing success.

But there’s still a long way until that becomes a reality. First, they need to use it in a scenario where they can measure a bear without using the new technology, like with an animal in captivity. Then, they’ll have to shoot the laser at the bears and figure out how to get the laser values to align with the other metrics they’ve obtained via a different method, says Erlenbach. And after that, they’ll have to adjust their model to the wild animals, since it’s impossible to find captive animals as big as those in Katmai.

“The bears at Brooks camp are really healthy and really fat, and they make national news, but that’s not the case for bears everywhere,” says Erlenbach. “Bears that don’t have a Bristol Bay Sockeye salmon run and a pristine ecosystem are not experiencing those conditions. These bears are definitely the lucky ones.”