Seagulls are eating all of our garbage

Birds that dine at landfills ingest glass, metal, and more. 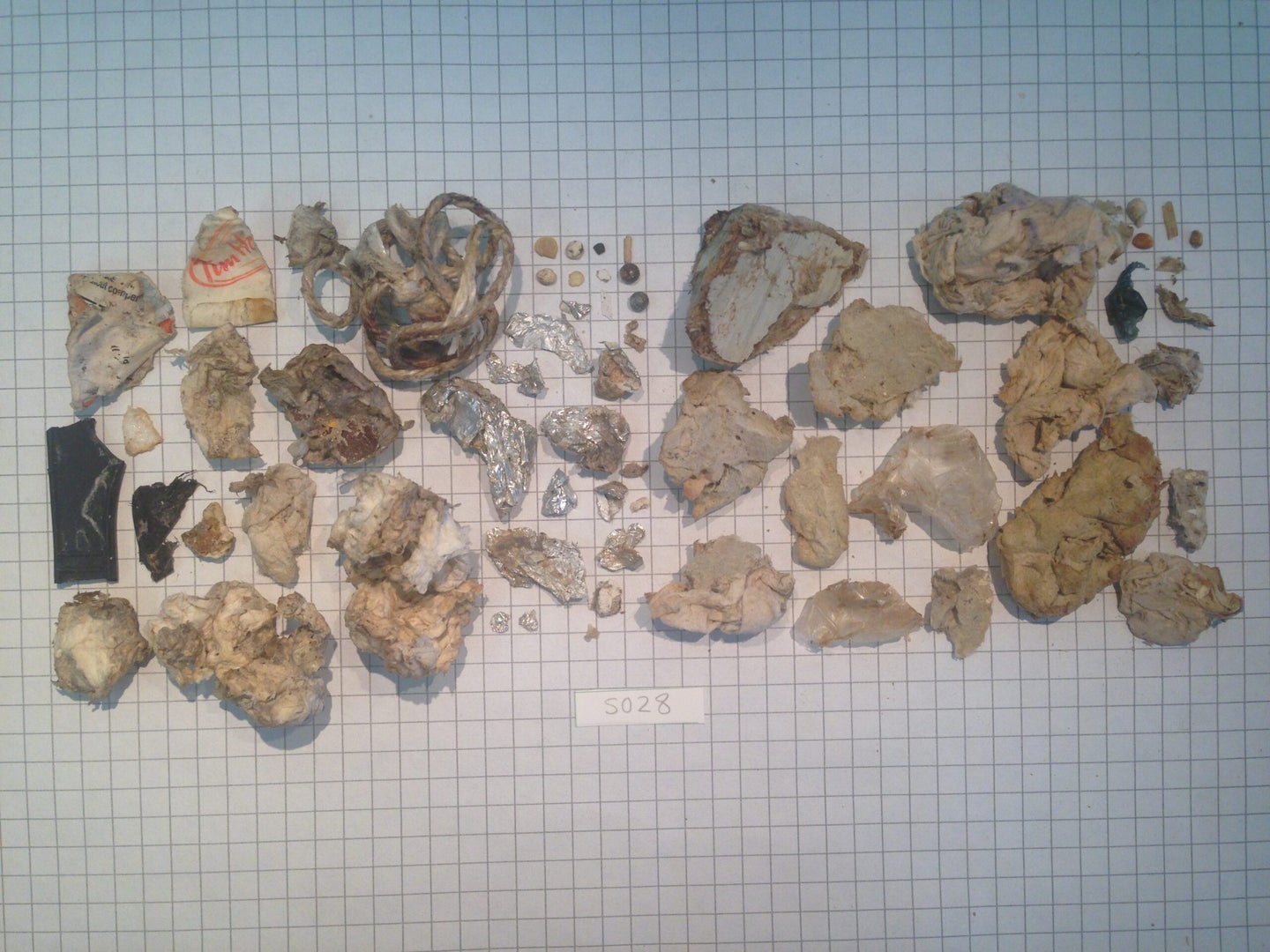 Seagulls are pretty intrepid scavengers. They have no qualms about sifting through our dumps and landfills for scraps of food. But this buffet comes at a cost, indicates a study published December 27 in the Archives of Environmental Contamination and Toxicology. Scientists examined the stomach contents of gulls that foraged on landfills and found most of the birds were filling their bellies with human detritus. It wasn’t just plastic, either—the birds’ stomachs were packed with glass, metal, and even building materials, indicating that all kinds of human-made debris might be imperiling animals’ health.

“You would find pieces of cutlery or aluminum foil or rubber bands and [even] a cheese wrapper that you could read,” says coauthor Sahar Seif, a student in the integrated science program at Carleton University in Ottawa, Ontario.

Of the 9.1 billion tons of plastic that we’ve produced since the 1950s, about 79 percent is moldering in landfills or littering oceans and other natural landscapes. When swallowed by animals, this rubbish causes a lot of damage. Plastics can poke holes in the digestive tract and cause ulcers and infections, or mimic hormones and interfere with the endocrine system. Seabirds with a bellyful of garbage sometimes starve or suffocate. Plastics also tend to absorb other toxic chemicals, causing poisonous substances to build up in animals’ bodies.

Less is known about the dangers posed by other types of garbage. “There’s a lot of emphasis on plastic,” Seif says. Yet animals encounter all kinds of crud, especially when they search for dinner on trash heaps. To find out what kinds of junk seagulls might be ingesting, Seif and her colleagues examined the stomach contents of 41 birds belonging to three gull species captured at a landfill in Newfoundland, Canada. Nearly 80 percent of the gulls had debris in their bellies. The researchers identified 284 pieces of junk, 59 percent of which were plastic. But they also discovered foam, cardboard, wax paper, metal, glass, drywall, fabric, rubber, and recognizable items like pieces of coffee cups, and rope.

These stomach contents probably don’t represent the true amount of garbage the birds are eating, however. Seagulls have the ability to regurgitate items they can’t digest, meaning they’re probably swallowing even more trash than what remained in their bellies. “If we’re able to see such large numbers in gulls, we can infer that there is definitely way more plastic out there that other animals are ingesting,” Seif says.

Aside from reducing the amount of plastic and other waste we throw out, there isn’t much we can do to keep gulls from scarfing it down. We might eventually be able to shrink the garbage that animals eat off landfills, however, with better technology to sort and recycle plastic and techniques like plasma gasification, which transforms garbage into fuel but is still expensive to operate.