Why fish can’t help but eat our plastic garbage

It passes the sniff test, but it shouldn't. 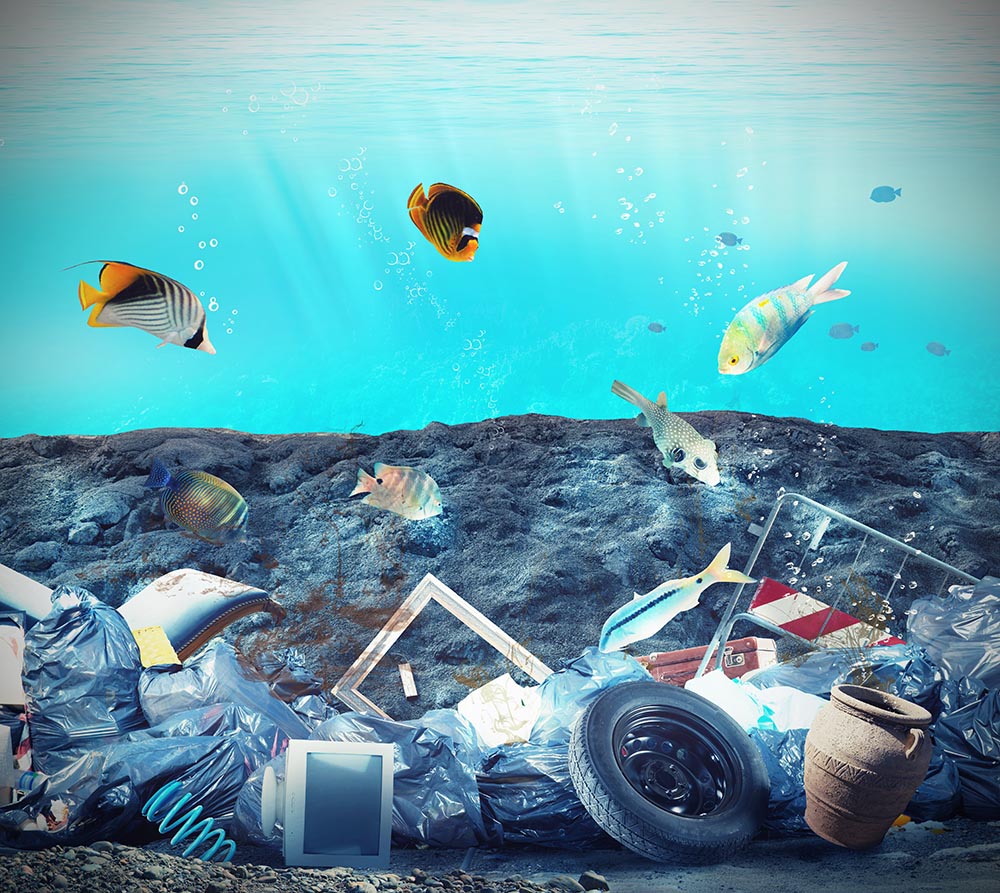 Plastic isn’t food, but fish seem to eat it anyway—to the confusion of many researchers. As the 9.5 billion tons of plastic the world has produced since the 1950s makes its way into the world’s rivers, lakes, and oceans, the animal consumption of such waste has become a big problem. Yes, a lot of that plastic is tiny—roughly the size of fish food—so it’s not a stretch to think that fish are simply confusing these morsels with plankton. But the fish that are apparently attracted to plastic are usually picky eaters.

“I’ve heard both scientists and nonscientists say that there’s so much plastic out there that these animals sort of bump into it and consume it without thinking,” says Matthew Savoca, a California Sea Grant State Fellow at the National Oceanic and Atmospheric Administration (NOAA) Southwest Fisheries Science Center. “But people who know about foraging behavior and study this sort of thing know that couldn’t be further from the truth.”

Savoca co-authored a recent study in the journal Proceedings of the Royal Society B that seeks to better understand why fish chow down on literal junk food. According to their findings, it may come down to smell. The work was influenced in part by a study Savoca worked on last year on marine birds.

In that study, researchers came to a malodorous conclusion by diving into sea bird data. They discovered that birds attracted to the smell of algae—specifically a compound called dimethyl sulfide—eat a lot more plastic than species that don’t use those odor compounds to find food.

“Most of the animals that are eating plastic in the greatest quantities are what we call dietary specialists, they’re really looking for very specific types of food,” says Savoca.

The compound, which Savoca says smells like rotting seaweed, often emerges when algae cells walls die—like when zooplankton such as krill eat them. For some animals, the scent serves as a pungent signal that the plankton they love to eat are in the neighborhood.

Plastic doesn’t smell like dimethyl sulfide on its own (rotting seaweed wouldn’t sell many water bottles) but algae can infuse the material with this oceanic aroma. Algae like to attach to hard, smooth surfaces, and they float up near the air to collect sunlight—so they often hitch a ride on our garbage.

“It’s like setting up a Petri dish for algae in the ocean,” says Savoca.

In the new study, Savoca essentially wanted to ask an animal whether or not it cared for the smell of marine plastic debris. To do that, he turned to anchovies. They are known to eat plastic in the wild, and their relatively small size makes them easy to study.

It may not seem intuitive, but fish do use their sense of smell to help work their way around aqueous environments. Fish take in smells through tiny holes on their head that look like nostrils, called nares. Odors help fish avoid predators, find their way home, and, of course, search for food, just like a sense of smell helps animals on land. Anchovies generally go sniffing for zooplankton. They ignore pretty much everything else—dirt, rocks, fish parts—that they might come across.

Because Savoca and his colleagues at the University of California Davis and Aquarium of the Bay couldn’t actually ask the anchovies why they were eating plastic, they did the next best thing: They exposed the fish to five different aquatic conditions and observed their behavior.

In the first condition, the fish were exposed just to salt water, to see how they behave when there’s not much happening in the tank.

In the second condition, Savoca and his colleagues fed the anchovies zooplankton.

“Typically, they keep a pattern of schooling that’s really consistent throughout, equal spacing, they’re positioned facing into the oncoming flow of water, that sort of thing,” says Savoca. “But when there’s food in the tank they all clump around the interesting stimulus—in this case food—and just dart back and forth trying to interact with as many different food morsels as they can.”

Savoca likens that experiment to feeding a room of hungry people pizza and watching how they behave.

In the next condition, they injected the smell of krill into the tank. They did so by soaking krill in salt water for a few hours, filtering out the plankton themselves, and injecting the remaining salt water into the tank.

“This would be like if you had a hungry person in the room and you piped in the smell of delicious pizza,” says Savoca. “The person might start looking around, they might start salivating, they might start getting antsy. That’s kind of what we saw the fish doing. They responded kind of like they were feeding, but less intensely. They clumped together, they started darting around basically searching for food that wasn’t there.”

Nothing happened. The anchovies behaved the same way they did under the control condition.

Finally, Savoca and his colleagues took a piece of plastic that had been soaking in the ocean for a month and injected that odor into the tank. The anchovies acted a lot like they did when they detected the smell of krill: they clumped and darted around to try to find the source of the interesting smell.

“It was surprising how responsive these fish were to non-food odors,” says Savoca. “Sometimes in scientific studies you have to do some kind of fancy analysis to see if there was an actual effect. But anecdotally you could see, when you pumped in these certain odors, ‘oh wow, these fish are responding,’ or ‘oh no, they’re not.’”

In other words, something happens to plastic in water that turns it from junk into junk food. The problem is that plastic, unlike food waste, never biodegrades. It just breaks down into smaller and smaller fragments that linger in the environment indefinitely. The lack of nutrition for hungry fish isn’t the only problem, either: plastic in the ocean also attracts a host of toxic chemicals such as polychlorinated biphenyls (PCBs), which can affect human brain development, and polycyclic aromatic hydrocarbons (PAHs), which can cause cancer in humans. Small fish eat the plastic, and then they’re eaten by humans—or they’re eaten by larger fish, and then those are consumed by humans. Increasingly, we’re eating our own toxic waste.

Savoca’s study sheds some light on why the fish are behaving this way, but if we want it to stop we have to shift our own behaviors. Savoca posits that perhaps plastic manufacturers could use biodegradable materials, or perhaps find a way to alter the surface of their products to make them less hospitable to algae. Of course, just using less plastic in general would also be a great start. Here are 12 ways you can help make that happen.