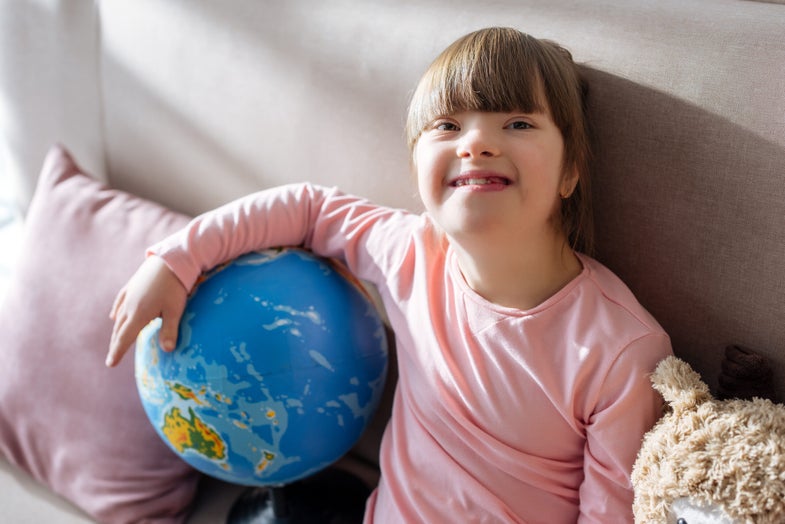 Back in 2016, Gina McCarthy—the Administrator of the Environmental Protection Agency at the time—sat down with PopSci to talk about why Earth Day still matters. When the holiday first took place on April 22, 1970, pollution was a visible threat (in fact, you can see what per-EPA America looked like right here, and it wasn’t pretty). McCarthy argued that even though our air and water may be much cleaner than it was more than 40 years ago, Earth Day is more important than ever: we can’t see the greenhouse gases that threaten the future of our world as we know it, which makes the danger easier to ignore than smokestacks spewing black into the sky. Two years later, the EPA is under different leadership—and scientists are suing the agency for its attempts to roll back vital environmental protections.

With carbon emissions climbing, temperatures rising, and weather getting weirder all over, it can feel like the existential threat of our changing climate is impossible to stop. If the EPA isn’t protecting the planet, how do individual citizens stand a chance?

But don’t let the scope of the problem get you down. Here are concrete things that you (yes, you!) can do to help make the world a better place:

There’s a lot of plastic lingering out in the world. Like, a lot. Scientists are scrambling to find solutions in the form of large-scale ocean clean-up operations and plastic-hungry microbes, but the 9.1 billion tons of plastic our species has created (and counting) wouldn’t exist if we didn’t use and throw away so much stuff.

We’ve got a bunch of tips for reducing plastic waste here, but the biggest pieces of advice are easy: just replace plastic items with reusable or more readily biodegradable options. Kick plastic wrap to the curb in favor of glass jars, take canvas bags to the grocery store, and bring a set of silverware to work instead of relying on the office kitchen’s plastic cutlery at lunchtime. Make sure you’ve got a good water bottle and coffee thermos, too; paper cups may be better than plastic, but you still don’t need to use them all the time. And of course, simply buying less stuff will lead to less junk. Do you really need to get takeout every night of the week? Because those plastic containers are growing into a monstrous stack in the corner of your kitchen, and you know you’re not actually reusing them. And of course, remember to actually recycle the plastic waste you can’t avoid. It makes a difference.

If the thought of buying less crap has you bummed, you can make one last round of purchases to replace your disposable products with reusable alternatives (and ones low on packaging materials). Here are our favorite picks.

If there’s one plastic item you should definitely quit cold-turkey, it’s the plastic straw. Because of their size and shape, they’re basically impossible to recycle. Yes, really. In addition to littering our landfills, they also wind up in the ocean and can cause serious harm to marine animals. Invest in a reusable metal straw, if you must continue to suck.

Most of us don’t think too much about our old electronics. After all, compared to all the dang straws you throw away in a year, the fact that you might run through a laptop two or three times a decade probably doesn’t seem like a huge deal. But so-called e-waste is dangerous not just because of the plastic and metal you’re tossing, but because of the chemicals that can leak from your burned-out battery and into the soil and water around its new landfill home. Here’s a guide to recycling your smartphone once it’s toast, and here are some ideas for how to reuse computers that are old enough to replace, but not quite ready for the trash.

Food waste is an environmental concern for a couple of reasons. For one, food takes a lot of energy to produce. So by the time it hits your dinner plate—especially if it’s been processed into some kind of boxed or frozen product on the way—it has a big ol’ carbon footprint. When you toss some of your meal into the garbage, you’re wasting all that energy. And those little scraps add up; 2.9 trillion pounds of food (a third of what’s produced) goes into the landfill each year. The U.S. alone tosses something like 37 million tons annually.

To make matters worse, that food keeps causing environmental trouble once you throw it away. Because landfills cover up food and keep it away from oxygen, it undergoes anaerobic decomposition. That produces methane, which contributes to climate change.

Unfortunately, a lot of the country’s food waste happens along the industrial pipeline—not all the food we grow makes it to the grocery store. But you can still do your part to cut down on discarded food at home. We recently published an article on how to reduce holiday food waste, but most of the guidelines can be applied to any day of the year: plan out your shopping to make sure you’ll actually eat everything you buy before it goes bad, plan out your meals so you’re not making way more food than you’ll eat, save things like bones and veggie scraps in the freezer so you can use them for making broths in the future, pick ugly produce at the grocery store, and get creative with ingredients that are in danger of going bad.

Compost what you can

Of course, sometimes food just isn’t gonna get eaten. And we’re not trying to tell you that you’re an enemy of the environment if you don’t consume carrot tops or beet leaves (though you can totally consume those things). Most of what you don’t eat should get composted; that keeps it out of methane-spewing landfills, and can even provide rich fertilizer for local farms (or your own garden or houseplant). Here’s our guide on how to compost—even if you haven’t got a yard.

Sorry, but it’s true! Meat and other animal products are incredibly energy-intensive. We’re not saying everyone should go vegan—it’s just not a realistic goal, for starters, and it’s worth noting that processed plant-based food can end up being pretty energy-intensive, too—but it is absolutely true that everyone should try to reduce their consumption of animal products. You can do this by making really small changes, like picking dark chocolate over milk chocolate.

We recommend starting off with a personal challenge like taking a month off of beef (which is the most environmentally unfriendly meat) or undertaking “meatless Mondays.” If you feel that meat is an important part of a healthy diet for you, you do not have to give it up entirely. But using that as an excuse to eat as many hamburgers as you want without thinking twice about the environment? Nope. Not gonna fly.

A recent study found that just one-fifth of Americans are responsible for half of the country’s food-based emissions. If these super-carnivores would switch their diets to a more average meat consumption, it would have a huge impact on our overall greenhouse gas emissions. The takeaway is clear: even if you have absolutely no intention of giving up meat, try to eat less of it. Please? Thanks.

Turn out the lights

Not all pollution is physical. Light pollution is messing with wildlife—and probably hurting our own sleep cycles, too. It also stops us from enjoying the beauty of the natural world in all its potential splendor. But unlike carbon emissions, we can deal with light pollution with the flip of a switch; just stop using outdoor lighting where you don’t need it.

Studies suggest that the best thing you can do to fight climate change is to do less traveling. Going car-free has a serious impact. It’s the single biggest thing you can do to reduce your carbon emissions. One recent study suggested that an increase in remote employment and online entertainment was actually helping to cut down on energy usage by keeping us all at home.

Of course, going car-free is difficult if you don’t live in a city. But driving less—whenever possible—is better than nothing. And having a fuel-efficient or hybrid car helps, too. Just don’t use that slight boost in environmental friendliness as an excuse to drive even more. And try to limit your airplane usage, too. Yes, driving a car is bad for the environment, but if you’ve got the choice between a road trip vacation or a flight across the country, go for the road trip.

Okay, okay, we’re not actually giving you an excuse to let your lawn run totally wild. But one study recently found that spacing out lawn mowings by a couple weeks can keep yards more bee-friendly.

Pollinators—bees, yes, but also butterflies and less famous insects—help us grow our food, and pollution, pesticide use, disease, climate change, and habitat destruction have all put them in peril. If you’ve got outdoor space, you can do your part to help wild insects (and protect our food security!) by making sure it’s a hospitable waystation.

If you want to take a more active role (or you just can’t abide the messiness of an unmowed lawn) plant some native wildflowers to provide a source of food for passing pollinators. And absolutely avoid buying pesticides that pose known dangers to these invaluable insects.

If you’re looking for a cheerier way to kick off Earth Day, consider joining some citizen scientist projects. Researchers in all sorts of fields—including plenty that help protect our planet and the life on it—are desperate for as much data as possible, and regular folks can help them out. Your kids can join in, too.

Yes, you can and should make changes in your life to help protect the planet. But most of the actions that really hurt our planet are being carried out on a larger scale. So ultimately, the best thing you can do for the planet is to support politicians who make decisions based on scientific evidence. Climate change is not a partisan issue; the scientific consensus is clear. And all around the world, people who traditionally eschewed climate-related issues are realizing that. Republican mayors are switching their cities over to renewable energy. Farmers in Nebraska are turning into environmental activists and rallying for change. You can change your lifestyle to help protect the environment, and you can vote with your wallet by supporting companies who help protect it, too. But the most important thing you can do is vote. Find out where your representatives stand on environmental issues, and push them to follow reason. And if that doesn’t work? Push them out of office. If a politician isn’t fighting to protect the planet, they aren’t fighting to protect you.