11 gross animals you can eat in a survival situation

These meats might not be appetizing, but they sure beat the heck out of starving. 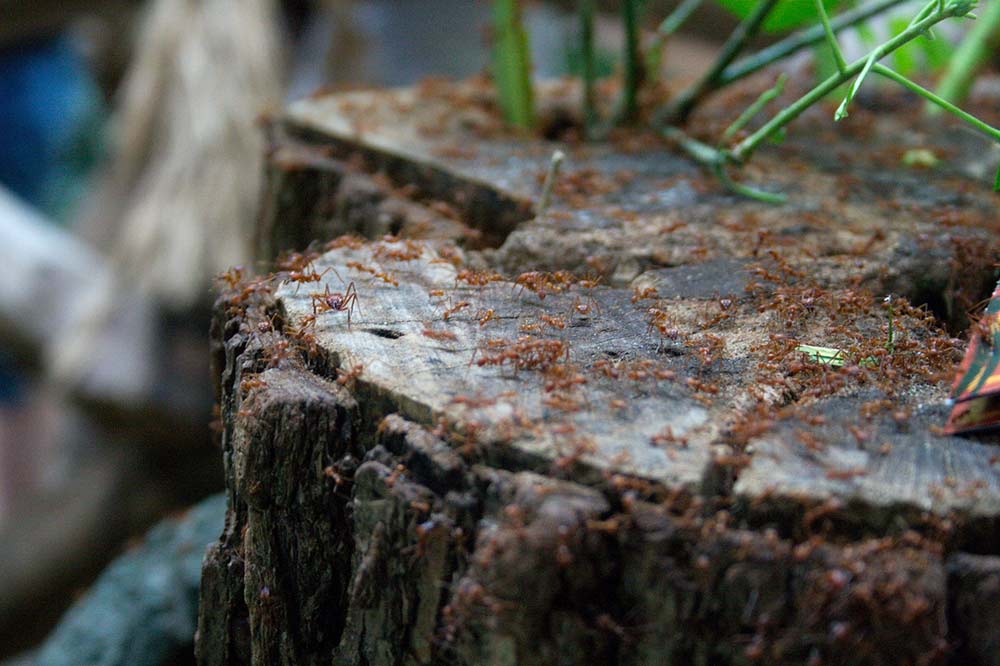 A colony of termites at work. Heather R.
SHARE

This article was originally published on Outdoor Life.

If you have an adventurous palate, you may take offense at the list we have compiled here. Snails sautéed in garlic butter and freshly prepared organ meats are standard fare for foodies these days. For the rest of us, we’d need some serious motivation to munch on some of the creatures listed herein.

Personally, I can’t stand the crunchy bugs. Even though they’re standard fare in many parts of the world, just thinking about biting into a crispy cricket activates my gag reflex. But all that can change when you find yourself starving in a survival situation. No matter if you’re lost in the wild or fighting through an urban collapse, hunger is the best spice. And if push ever comes to shove, I bet you’ll be able to choke down a few bites of every animal on this list. 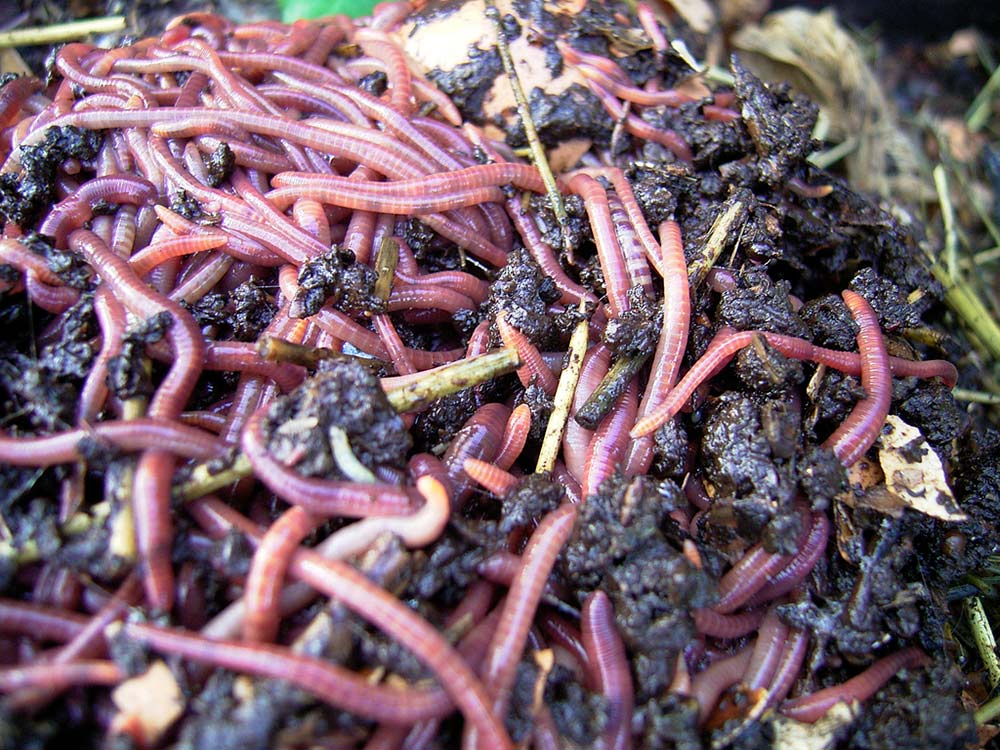 A pile of worms can make for a meaty meal.

There are scores of different species of earthworm and all are considered safe for human consumption, but they should be purged of their “dirt” before you eat them. An easy way to clean their systems is to place them in a container of damp grass. After a few hours, the critters will be void of the dirt and sand they normally hold. Like almost all animal foods, worms should be cooked before you eat them. I recommend frying. The good news is that fried worms taste a little like jerky. The bad news, average-size worms are only about 1 calorie per gram (not counting any fat used for frying). Worms can be dug with a shovel, or located by quickly flipping over rocks and rotten logs. You can also “thump” for worms, which entails pounding a mallet, club, or staff against the ground to vibrate the soil. Many species of worms will respond to this by crawling up to the surface. You can even cut notches into the side of a stick, brace it against the ground and scrape the notches with another stick to vibrate worms up to the surface. 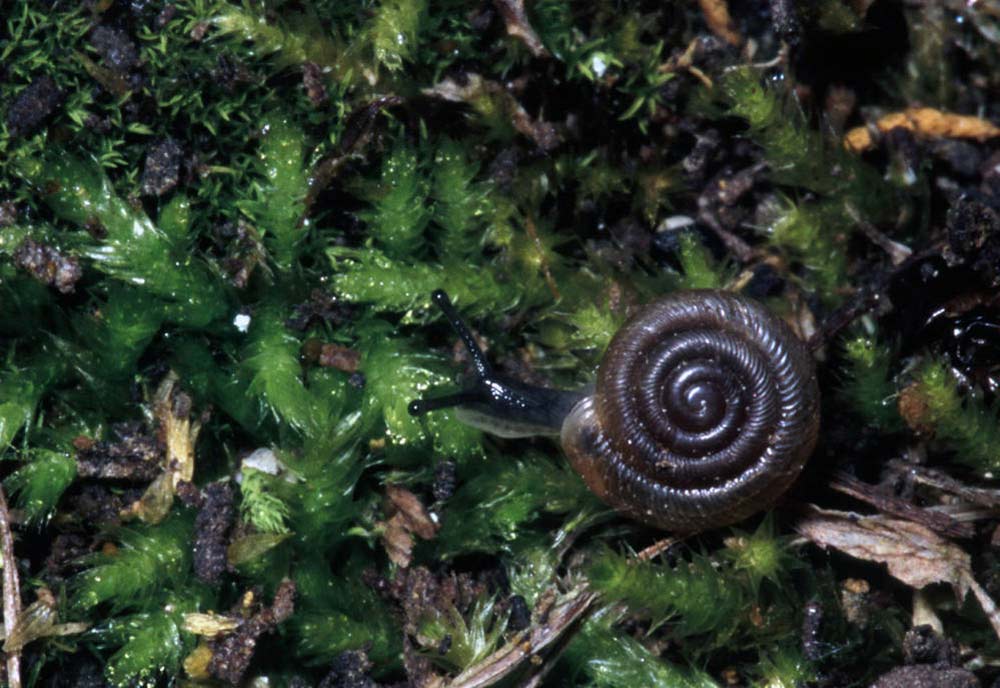 Snails are a delicacy in France, but often disgusting in the woods.

Let me say from the beginning, that this is not a choice I would relish: eating slugs or starving. I’ve eaten them before, and I hope I never have to repeat that experience. But they will pass for food in a pinch. Terrestrial slugs and snails (those found on land, not the sea) are generally safe for human consumption—after thorough cooking, that is. And their nutritional value certainly justifies the effort of collecting and cooking them. These critters have about 90 calories per 100 grams of “meat”, which is high in protein (12 to 16 percent) and rich in minerals. It’s a little hard to consider them as food though, when you consider their favorite meal is scat.

Now, if you had (or wanted) to eat slugs and snails, the safest choice is the snail. Slugs are more prone to eating toxic mushrooms. Snails tend to eat more plant material (when they’re not eating dung, of course). If you must eat slugs—and there are toxic mushrooms in season where you harvested them—put the slugs in a container for a week with some damp cornmeal or moist vegetation to allow them to purge. Find something else to eat in the meantime while you psych yourself up for a challenge, and try cooking these mollusks as a meal. 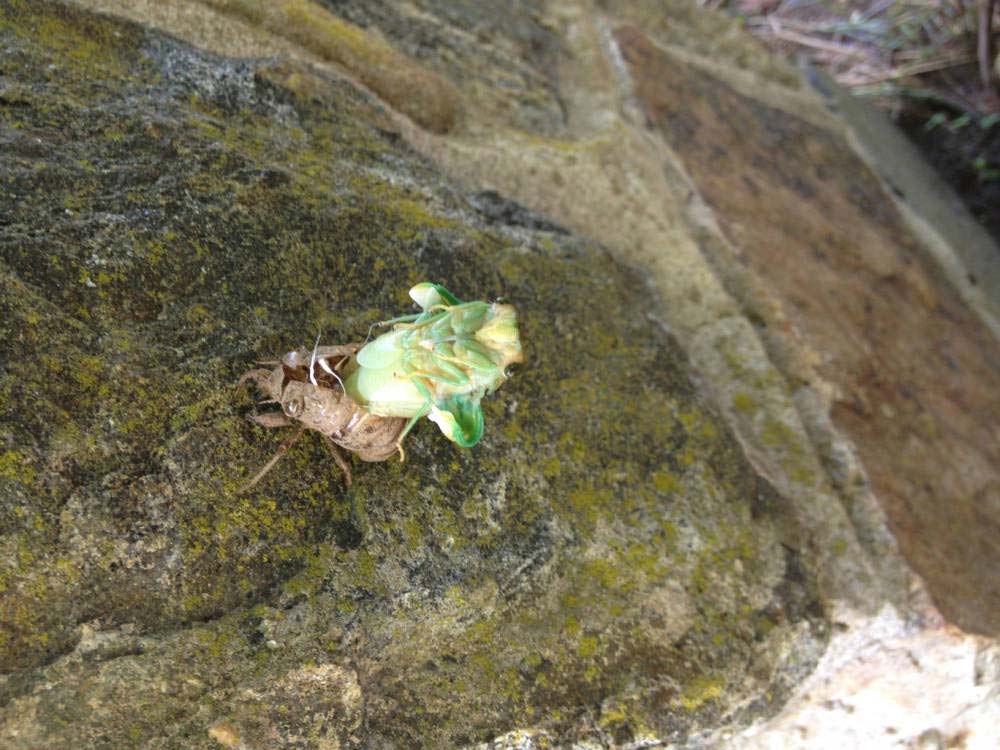 An adult cicada emerges from its exoskeleton.

Each summer, the roar of the cicadas signals a feast in the animal kingdom. Why not join the other animals that are gobbling up this winged windfall of calories? The newly hatched cicadas (called tenerals) are considered the best for eating because their shells are not that hard yet. Your prep work for cicadas is easy: just harvest the slow-witted and slow-moving creatures in the early hours of the morning. They should be blanched (boiled for 4-5 minutes) soon after collecting and before you eat them. Not only will this solidify their insides a bit, it will also kill any bacteria and parasites they’re carrying. Remove the wings and legs. (At this point you can either freeze them for later use, or cook with them immediately.) When you’re ready to take the plunge, try frying them. To a certain degree, we naturally expect fried food to crunch, and it might help you stomach the texture of this crunchy bug. 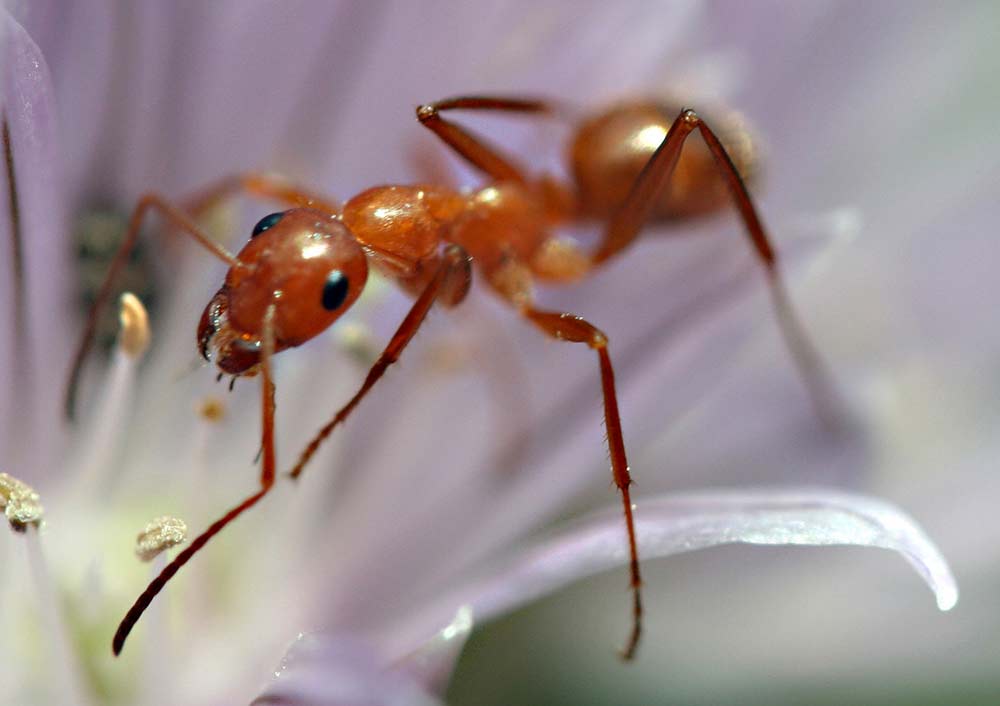 Ants are small but mighty when you need a snack.

Ants are tricky to collect in any great quantity, but that doesn’t mean you should ignore them. A 3.5-ounce serving of red ants supplies about 14 grams of protein, along with iron and calcium. Some have a lemony flavor, thanks to a sour acid that their bodies contain. When toasted, boiled, or eaten raw, ants can help you stretch out the hours until rescue arrives—or something bigger to eat comes along. 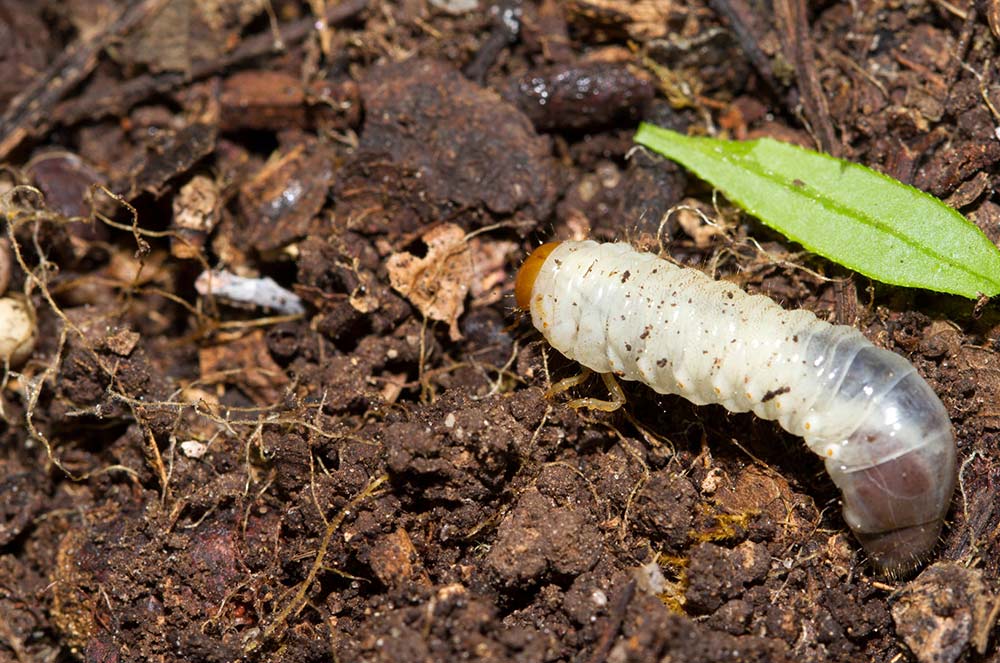 A beetle larva, found under a rock.

Grubs aren’t a specific species, but an insect that’s between life stages. No longer an egg, but not an adult, grubs can be a little tricky to identify. So it’s a good thing that 99 percent of them are perfectly fit for human consumption. Follow the example of bears and skunks: rip the bark off dead trees or tear into rotten logs to find them. Grubs, mealworms, and their kin can make good, ah, grub. Just one ounce of boiled grubs contains 124 calories, 5 grams of fat, and 16 grams of powerful protein. They also provide a little potassium and a few other minerals. The right ones can actually have a shrimp flavor, which is quite nice, since their cooked form resembles shrimp meat, too.

A colony of termites at work.

Ripping open rotten wood may seem like a lot of work, but the payoff might be worth the trouble. Termites are the highest-calorie bug on this list. These pale colored, ant-looking insects provide about 6 calories per gram. You’ll have to work to get them, though. These little guys go scurrying for cover anytime you damage the wood they reside in. Roast them in a dry pan, boil them as a stew, or bake them into dough for a protein-rich boost. 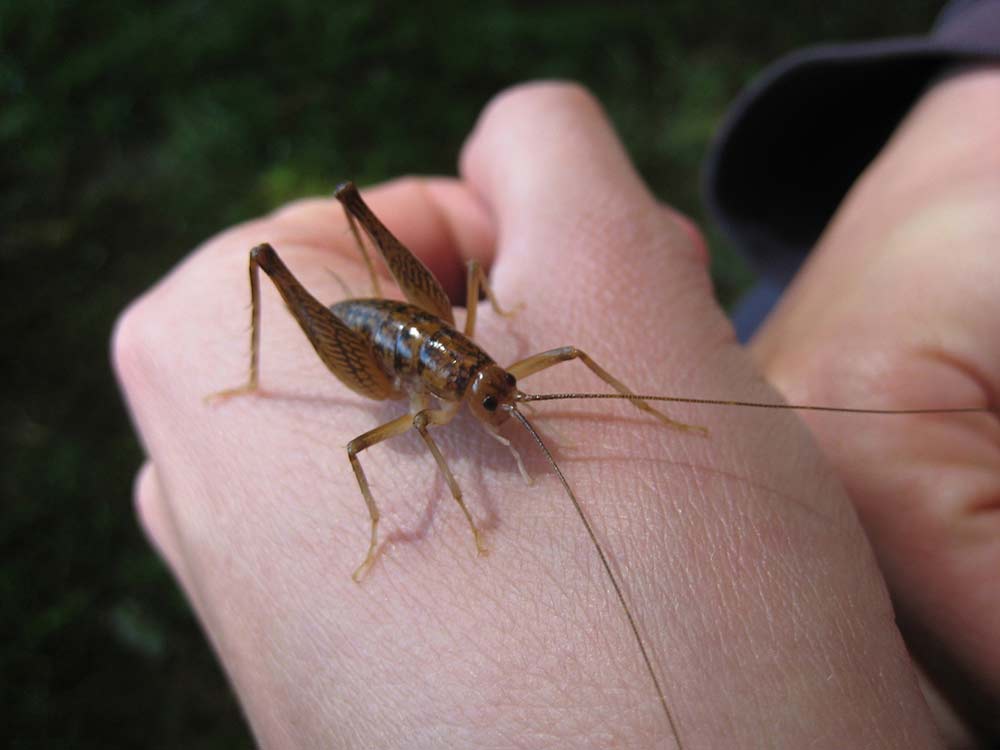 Crickets are used as a source of every-day protein across the world.

Crickets, katydids, and grasshoppers are a diverse group of insects that are generally safe to eat. Just make sure to avoid the colorful members of these families: red, orange, yellow, and blue colors are usually warnings. The heads and small legs should be removed, and the bugs should always be cooked thoroughly. Bugs with crunchy shells (exoskeletons) are often the most laden with parasites. Hunt for them in the early morning, when they are less active due to the colder temperatures. This group yields approximately 4 to 5 calories per gram. Their flavor ranges from flavorless to fatty. 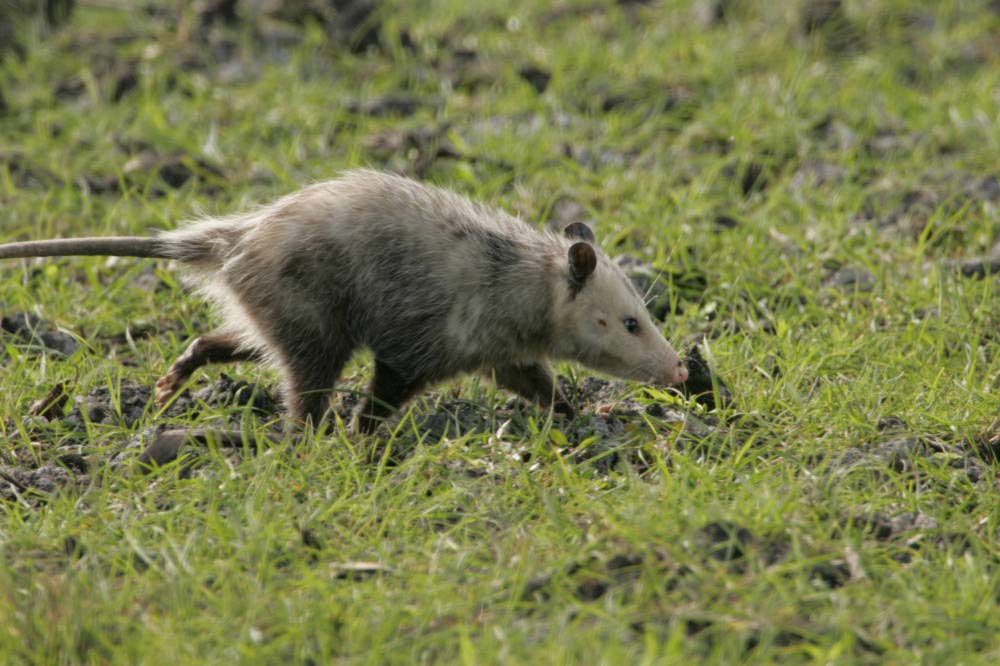 An opossum on the move.

The humble opossum has sometimes been called the “rat of the woods,” but this misunderstood creature can be surprisingly easy to catch and, occasionally, downright tasty. Okay, not always tasty, just once-in-a-while tasty. If you are lucky and kill the right animal, it can have a flavor a bit like pulled pork. The wrong ‘possom however, well – let’s just hope you don’t get one. Flavor varies from animal to animal. Carefully clean the animal and roast it over a smoky hardwood fire for a unique meal. Here’s my recipe.

Cook time: 45 minutes (Does not including butchering)
Makes: 4 servings 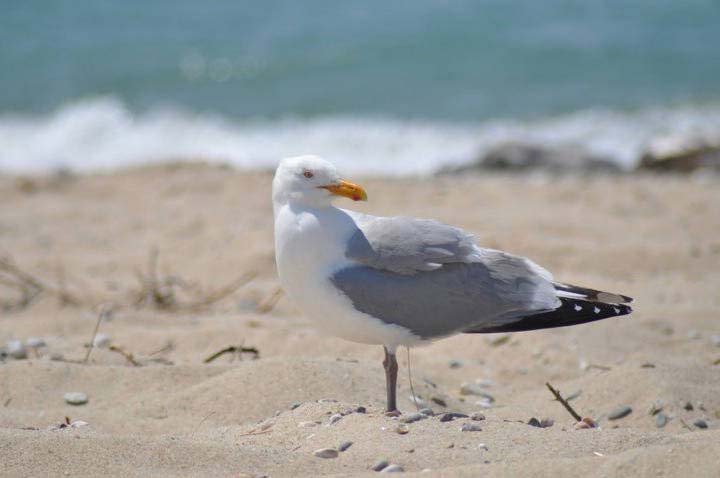 Gulls are the pigeons of the beach, eking out a living by scavenging dead fish and scraps that have gone rotten in the sun. But despite their questionable diet and fishy-tasting flesh, you can eat them, even live off them if need be. Case in point: three Mexican fishermen survived in an open boat on the Pacific for nine months in 2005, after the boat ran out of fuel and shore winds pushed them out into the ocean current. They floated nearly 5,000 miles in the deep ocean, surviving on raw fish, turtles, and, yes, seagulls. Salvador Ordóñez, one of the three survivors, was perhaps the best-prepared man onboard, as he brought his Bible and had taken a course on surviving at sea a year prior to the incident. His fellow survivors nicknamed him “the cat” for his uncanny stealth at snatching seagulls, which would land on the boat in the evening. After a nine-month voyage, they were finally rescued when their path crossed a deep-sea fishing vessel. 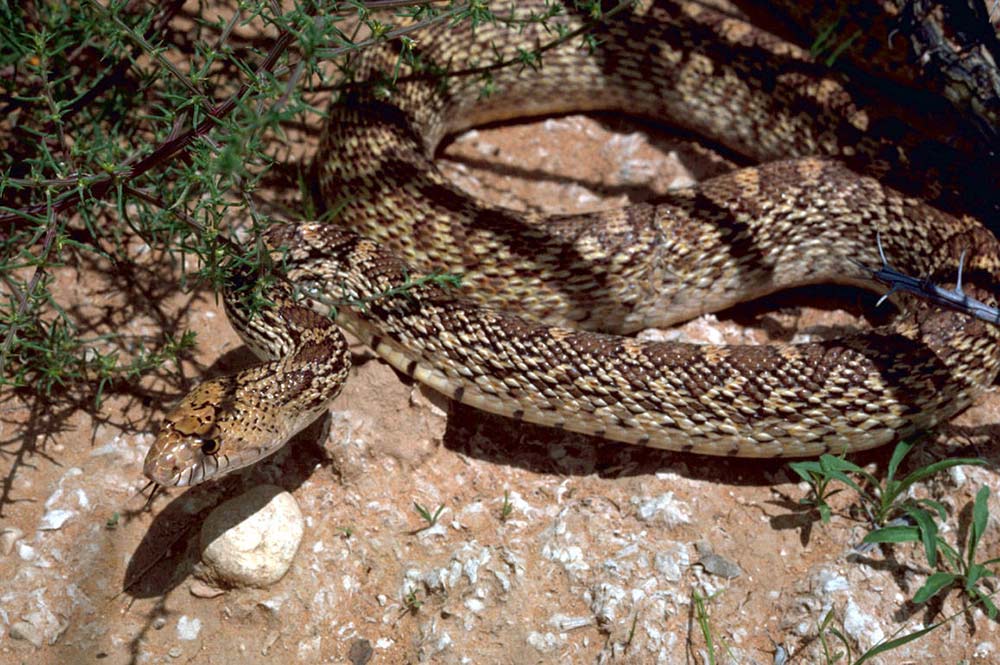 A bull snake in New Mexico.

Snakes look disgusting and frightening to some people and mouthwatering to others. If you’re not sure where you fall on that spectrum, just imagine that snake meat is a very small (yet very long) rack of ribs. Hold the (preferably dead) snake down with a forked stick and cut off its head.

Make the cut a few inches back (15 cm) behind the head on venomous species. This keeps you from cutting into venom glands. Note: Don’t bother with coral snake species. They are too dangerous to justify their small amount of meat, and their venom glands run through a quarter of the length of their body. If it is another venomous species, bury the snake’s head to prevent accidents—severed heads can still inject venom if stepped on.

Slit the belly open and remove the contents. Use this for trap or fish bait, since it’s not too appetizing to humans. Pull the skin off and wash the meat. Cook the snake meat whole or cut into sections. If you’re roasting the snake meat, don’t overcook it. It will dry out quickly and become very tough to chew. While it tastes better roasted, the meat will be more tender if slow cooked as a soup or stew. 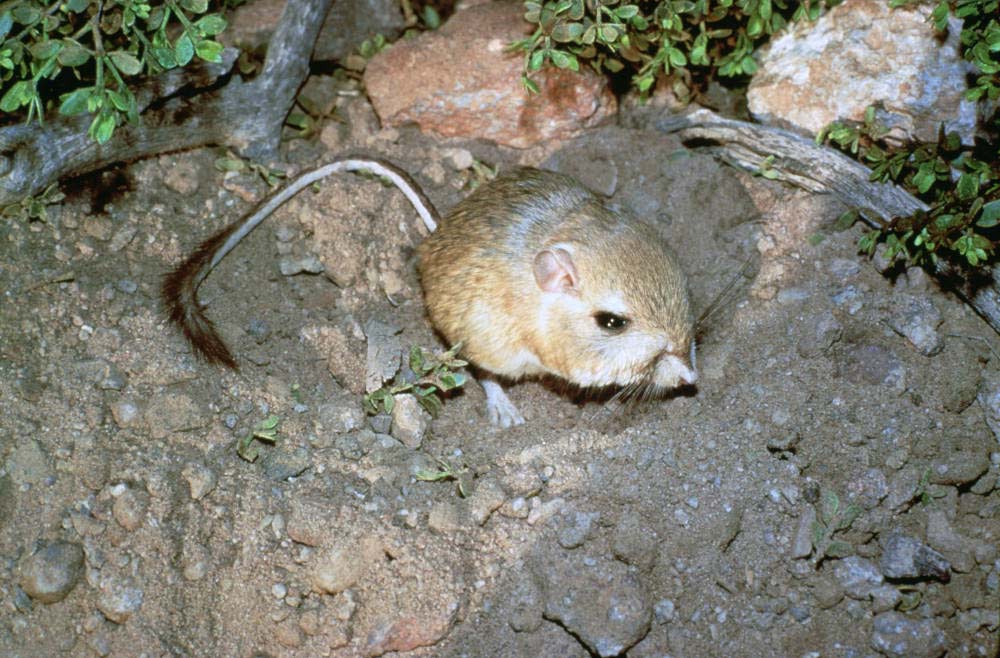 Mice, rats, and other rodents may not be at the top of your list for survival trapping, but in some places they are far too abundant to ignore. Aside from venomous snakes, rodents can be the most hazardous food source on this list. The viruses, bacteria, and parasites rodents can carry require us to handle them with extreme caution. But there’s an upside, too: many rodents taste like chicken. Rat kabobs and mouse soup may not seem like fancy fare, but when handled carefully and cooked until well-done, this meat can sustain a survivor just like any other. The meat of a 300 gram rat contains 648 calories, 63 grams of protein, 33 grams of fat and 14 mgs of iron. Yum! 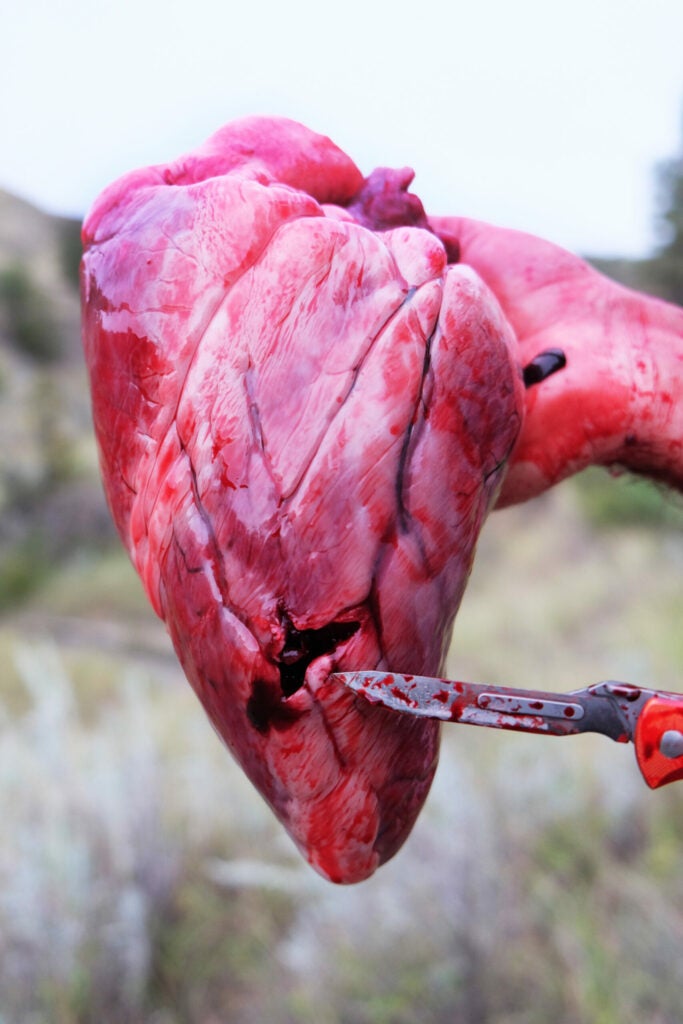 Beggars can’t be choosers, and when times get tough, you may have to eat some foods that you would prefer not to sample. For many of us, animal organs are on that list. It turns out that, with just a few exceptions, edible animals contain edible organs. Hearts can be cut up and prepared in the same ways as muscle meat (since hearts are indeed a muscle). Liver can be fried, and while lungs are an odd flavor and texture, they are edible. Stomachs can be emptied, rinsed, scraped, and cut up into little pieces as tripe. Tripe is often used in spicy acidic soups, where their natural vomit flavor is camouflaged. Intestines can be thoroughly flushed out, and prepared into chitterlings or processed a little further into sausage casings. Kidneys are best slow-cooked until tender. And all the bones can be used as soup bones, which provide minerals that are vital to your health. Just skip any organs that look diseased, and avoid the livers of arctic mammals, which can contain toxic levels of vitamin A.