The grease recycling industry feeds on your city’s oily underbelly

While you're just sitting around causing fatbergs. 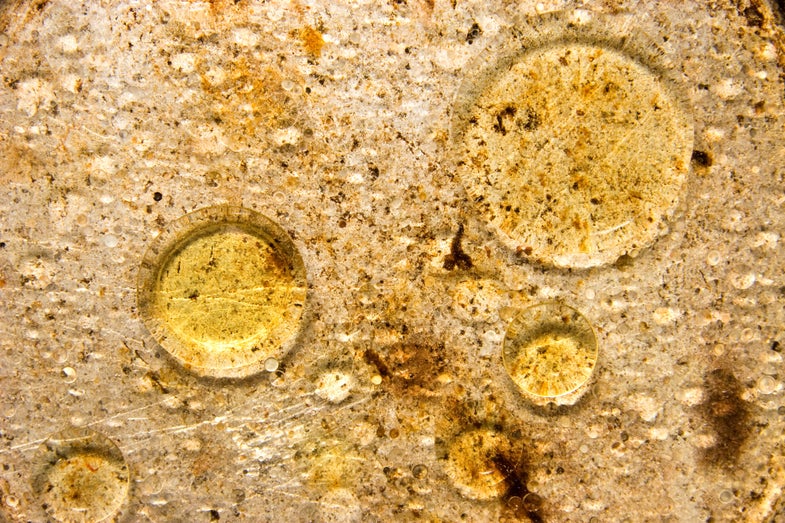 In the United States, our garbage ethic can be distilled down to the old aphorism, “out of sight, out of mind.” What goes on after we flush the toilet? What’s hiding behind the rubber flaps of their Insinkerator? No one really wants to know.

That changed—at least for a brief moment—last summer. It seemed everyone was staring, mouth agape, at that thing called “fatberg.” The 130-ton horror had slowly formed in London’s sewers, the sickening result of baby wipes and cooking oil sent down the drain. When it was discovered in September 2017, the mass made headlines around the world. The painstaking removal that followed was akin to “break[ing] up concrete,” according to the water department.

For days after, people prone to pouring used grease right down the sink walked around with penitent expressions on their faces. And those of us storing old tomato cans full of leftover grease under our sinks felt good about our choices, if a little mystified. While we all now knew that pouring fat down the drain created fatbergs, what happened in the alternate timeline, when grease was disposed of properly, remained a mystery.

But the possibilities for recycled grease, it turns out, are almost endless. “The main thing right now is biodiesel,” Mike Kostelac, president of Ace Grease Service, told PopSci. “[Recycled fat] goes into animal feed stock, cosmetics, plastics, soaps, and a little bit of everything else.” Lately, a lot of the oil seems to go toward scented candles. “You’d be amazed what has a byproduct of oil in it,” he adds.

Ace is one of hundreds of commercial grease hauling companies in the United States. Each morning, crews drive out to their customers—mostly restaurants—and use vacuum trucks to suck up stored grease. Sometimes the grease is kept in large outdoor bins. More recently, though, many restaurants have started using automated traps that store grease as it leaves a fryer—up to 225 pounds. “A lot of people like them to prevent theft and to not have slips, falls, burns, and injuries, and save on workman’s comp,” he says. Either way, the second the oil drum is full, Ace rushes to collect it.

At the end of the day, the truck is heavy with the combined grease of dozens of restaurants. Corn, canola, and other leftover oils have mixed together into a single fatty sludge. But the process has really only just begun. To turn the discarded grease into a usable product, the oils are first sent through a processing machine. The machine warms the grease and, in its porous state, filter the grease through screens. That removes any suspended matter, like wayward french fries. The next bit is up to gravity; for as long as two days, the solution sits until it naturally separates into grease, water, and fine solids, according to the EPA. Last, the emulsion goes through a centrifuge, which spins it until the solids and water are sorted out and the grease product can be skimmed off and carted away.

Once it’s processed, the leftover oil suddenly seems more like gold than grease. In recent years, as regulations on car emissions have toughened in many states, the price of oil has bobbed up and down dramatically, and more consumers are demanding green alternatives, manufacturers have been turning to recycled grease instead of newly pumped oil whenever possible. Because that is the alternative—newly pumped oil. While gas, diesel, and vegetable oil aren’t exactly the same (they differ in viscosity and density, among many other things), with careful processing and the right engine, grease can be turned into fuel. In fact, in 2016, some 1.4 billion pounds of vegetable oil was turned into energy.

That’s why, when it comes to kitchen oil, one man’s trash really is another man’s treasure. While household cooks all over the country are looking to get rid of their grease and cities are plagued by fatbergs, Kostelac is busy fending off petty theft. Market-savvy bandits steal grease from restaurants and sell it themselves, depriving restaurant owners and grease collectors of any kickbacks that come from recycling the gunk. “It’s the wild west out there,” Kostelac says. “I understand [the police] have totally bigger fish to fry with the society, but that’s the most frustrating part about [the industry].”

Unfortunately, a lot of kitchen oil still goes to waste. In most cities, grease recycling is only available for restaurants. The average person is left collecting oil in a spare can and throwing it in the landfill. It’s a much better option than pouring it down the drain, but it’s still a waste. “There is no difference in the type of grease,” Michael Bracrella of Mopac, another grease recycling company, told PopSci in an email. “Residential grease is not treated the same as commercial grease primarily due to logistical challenges.” In other words, cities could recycle residential grease—it’d just be a nightmare to track down all those small containers.

This attitude may be slowly changing, however. Some cities have started offering community drop-off days for those who want to recycle their grease, instead of relegating it to the dump. It’s a small move, but Kostelac says it’s a significant one. “If everybody started recycling like that,” he says, “you’d save these townships and cities on a lot of clogs.”