In NASA’s new video game, you are a telescope hunting for dark matter 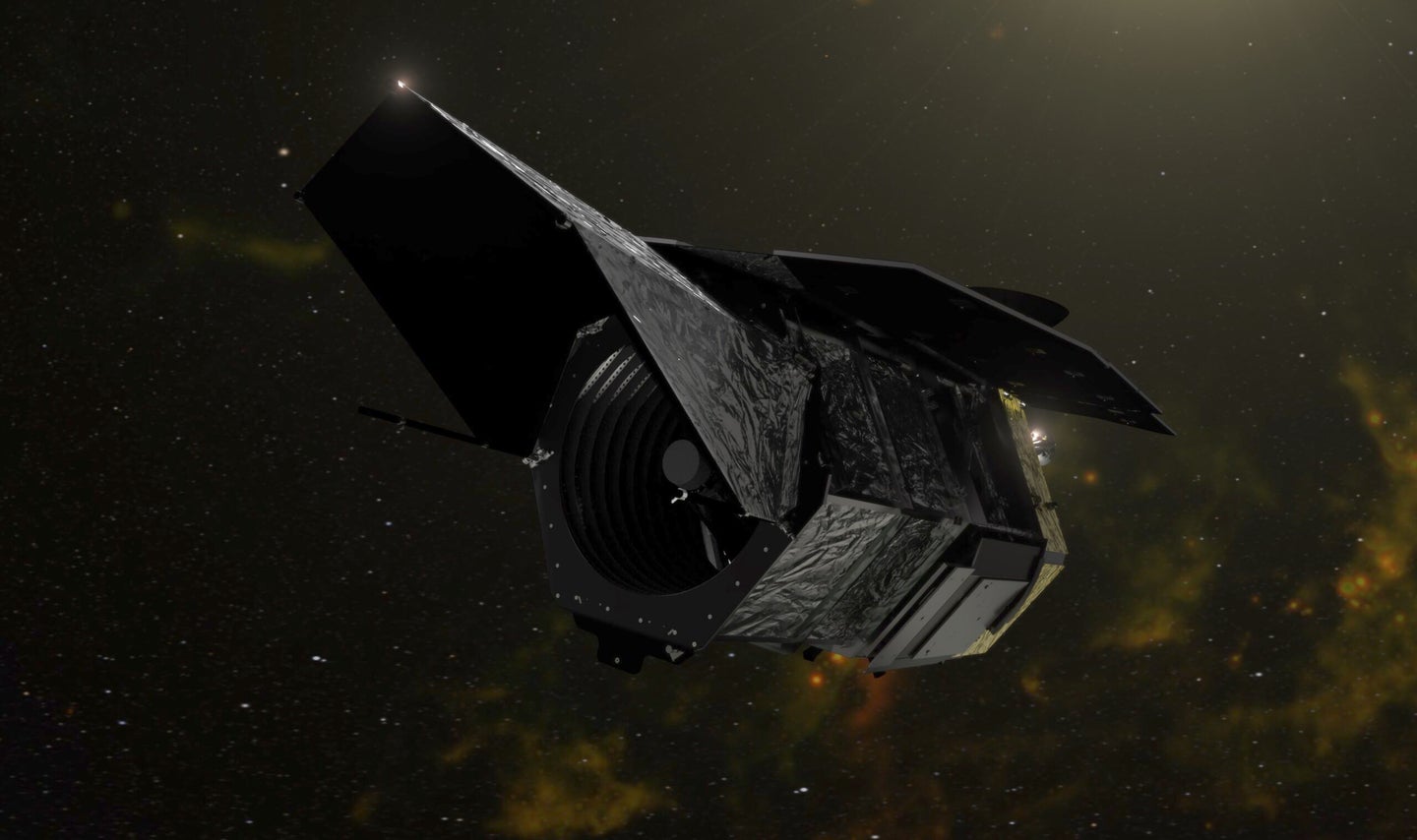 There’s always something new to learn about space, whether it’s how scientists are planning to grow food in microgravity, or how new telescopes will illuminate dark energy. But NASA is adopting a fresh tactic to get people to discover the science behind the agency’s missions: turning future objectives into video games.

Once in operation, Roman’s mission will be to aid astronomers in answering key questions about exoplanets and the evolution of the universe—including whether our pale blue dot is the only place where life has thrived. The mission will last about half a decade, but could potentially be extended for another five years if NASA decides Roman still has more to do.

But for those looking to investigate the intricacies of the mission from the comfort of their home on Earth, Roman Space Observer may be more your style.

Users undertake Roman’s virtual mission and play as a light-blue block, which represents the telescope’s 18 image sensors that will capture images in its Wide-Field Instrument. The game, available in English and Spanish, also tries to account for how quickly Roman will travel through space while taking these images. Players get one minute of “observation time” to complete the game as they rack up points, earned by catching astrophysical objects. These phenomena range from black holes and glittering supernovae to spiral galaxies and rogue exoplanets, which are planets that roam space untethered to any star.

Courtney Lee, the social media lead for the Roman misson who also led coordination for the game’s development, says that because there’s typically a lot of scientific jargon surrounding NASA missions, some people can feel alienated. Others may be unaware of many of the opportunities the agency provides. Meshing science and videogames is a way to raise visibility for the entire agency, Lee says, and also gets people from all kinds of backgrounds talking about human exploration.

“Since I’ve been at NASA, I’ve always tried new ways to reach out to different audiences,” Lee says. “I just wanted to create a game to kind of help educate people and meet people where they are.” One of the ways she accomplished that was helping decide exactly what the game should look like.

Roman Space Observer doesn’t have the polished graphics that dominate major studio games: Instead, it takes inspiration from the 8-bit style of early arcade classics, like Space Invaders or Galaga. NASA’s iteration even operates in much the same way, as players have to use a combination of the spacebar and the arrow keys to move around the screen.

Yet the application isn’t actually the agency’s first go at gamifying the science behind their technology. NASA has already created activities like Cubesat Builder, a game for upper elementary-school-aged players to build and test mini-spacecraft. But Roman Space Observer is the first to be targeted specifically to adults of all ages.

Lee worked with the mission’s scientists to ensure her idea would accurately represent what the telescope will detect. One of Roman’s main objectives will be to study invisible dark matter, and it’s an aspect that Lee wanted to make sure was included in the game.

“It makes up a lot of our universe, and we really don’t know a lot about it,” Lee says. “But the Roman mission is going to help us hopefully understand a little bit more.”

Humans can only observe dark matter by seeing the gravitational effect it has on other matter, especially on objects like stars and galaxies. Inside the game, that detail is represented by seemingly random distortions that stretch or enlarge the objects as they pass through it. In the real world, dark matter isn’t so easy to identify. Scientists have yet to find out what dark matter is even made of, but they hope to rely on Roman to investigate the location and quantities of dark matter across time and space by measuring its effect across hundreds of millions of galaxies.

“The Roman Space Telescope is designed to usher in a new paradigm, a new era of space-based astrophysics,” says Dominic Benford, program scientist for the Roman mission. He says that as Roman gazes over large swathes of the sky, its next-generation camera will cover over 100 times the view compared to the cameras on the Hubble Space Telescope and the James Webb Space Telescope, the gold-mirrored observatory that launched in late December 2021.

“We anticipate within its first month or so, it will have taken more imagery, more sky that Hubble has during its entire lifetime to that point,” says Benford.

Funnily enough, because Roman and JWST will orbit in the same vicinity around the sun, it’s possible for the two to glimpse each other in the lonely dark. Considering how fast they’ll be hurtling through space, that event is unlikely to actually happen. Yet eagle-eyed challengers hunting for Roman Space Observer’s highest score may be able to spot a telltale golden blur streaking across their screens. Although JWST doesn’t appear in every game, it does hold the highest point bounty and is one of the harder entities to catch. (Believe me, I’ve tried.)

As for what’s next, Benford says that the game is a “nice harkening” back to an earlier era, and he challenges everyone to beat his recent score: nearly 300.

Lee, meanwhile, says she hopes to get the chance to help turn the online game into a physical one. “Something I really wanted to always do when I started on the mission was reaching people who might not know they’re interested in science,” Lee says. “Video games will kind of bridge that gap.”

Use this link to check out Roman Space Observer, which is free but currently only available on desktop devices. And good luck trying to beat one of NASA’s own highest scores this month: 1,205.