TESS is blasting off on Wednesday night. 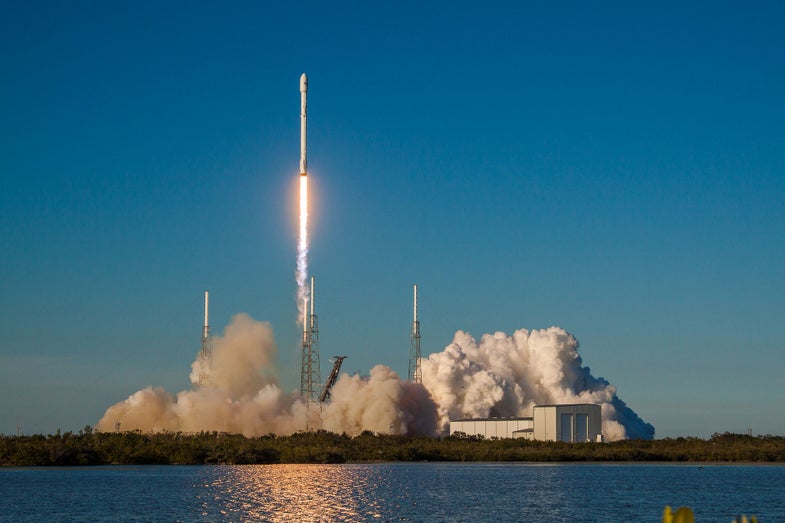 UPDATE: And we’re off! TESS successfully launched and is making its way towards its final orbit. It deployed from the rocket’s second stage about 48 minutes after launch. Soon after that it deployed its solar arrays. For the next few days it will start activating its systems and double-checking that they are running smoothly. If everything else goes well—including a lunar flyby in May researchers will start getting results from the planet-hunting telescope in a few months, after it reaches its final orbit in June. Oh, and yes, the Falcon 9 rocket that carried TESS into space landed safely on the droneship “Of Course I Still Love You.” The original post continues below.

NASA’s Transiting Exoplanet Survey Satellite (TESS) will search the brightest stars in our galactic neighborhood for evidence of planets. Its mission starts today, when it blasts off from Cape Canaveral aboard a SpaceX Falcon 9 rocket, heading into a highly elliptical orbit around the Earth.

You can watch the action unfold here (SpaceX will start their webcast about 15 minutes before launch) or on our Facebook page:

If all goes well, TESS will be deployed 48 minutes after launch. SpaceX will attempt to land the rocket on the drone ship “Of Course I Still Love You.” The mission was initially scheduled to launch on Monday evening but was postponed to accommodate last-minute analysis of some aspect of the guidance, navigation, and control systems.

Over the next two years, TESS will scan the entire sky piece by piece. With its four powerful cameras, it will watch a segment of the sky for 27 days, monitoring stars within that swath for short dips in brightness that might indicate the presence of a planet. Then, it will move on to the next patch of sky.

The stars that TESS will focus on are relatively close, within 300 light-years of our own planet. That’s close enough that other advanced telescopes could follow up on promising planetary discoveries, and look into the composition of those planets’ atmospheres.

At it closest point to Earth, TESS will send that data back to scientists on Earth, a process that will take about 9 hours each time. Researchers expect to monitor over 200,000 stars, looking for planets within those stars’ habitable zones, where liquid water might exist on the surface. Based on the incredible discoveries of Kepler, researchers hope that TESS will find thousands of new planets, this time in our celestial backyard. Data will start coming back to scientists later this year.