How to photograph the solar eclipse: The only guide you need

There's a lot of information out there and not all of it is good. 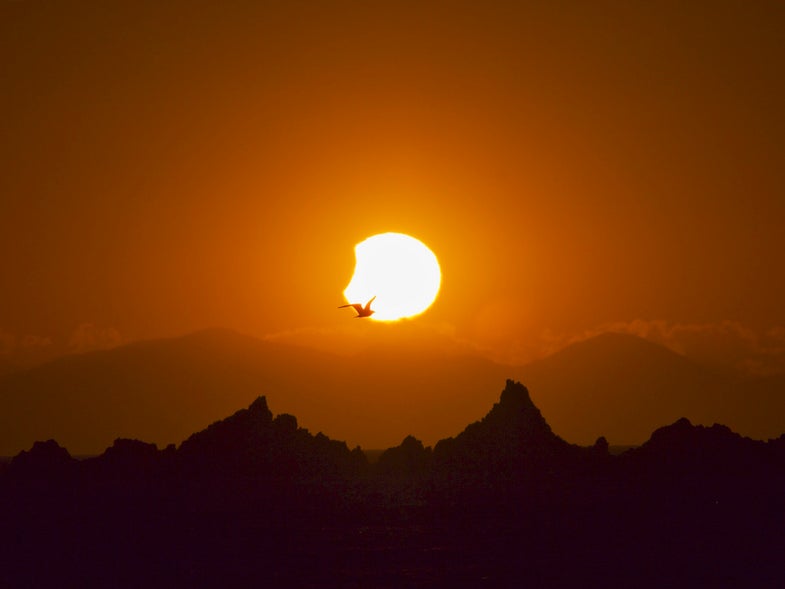 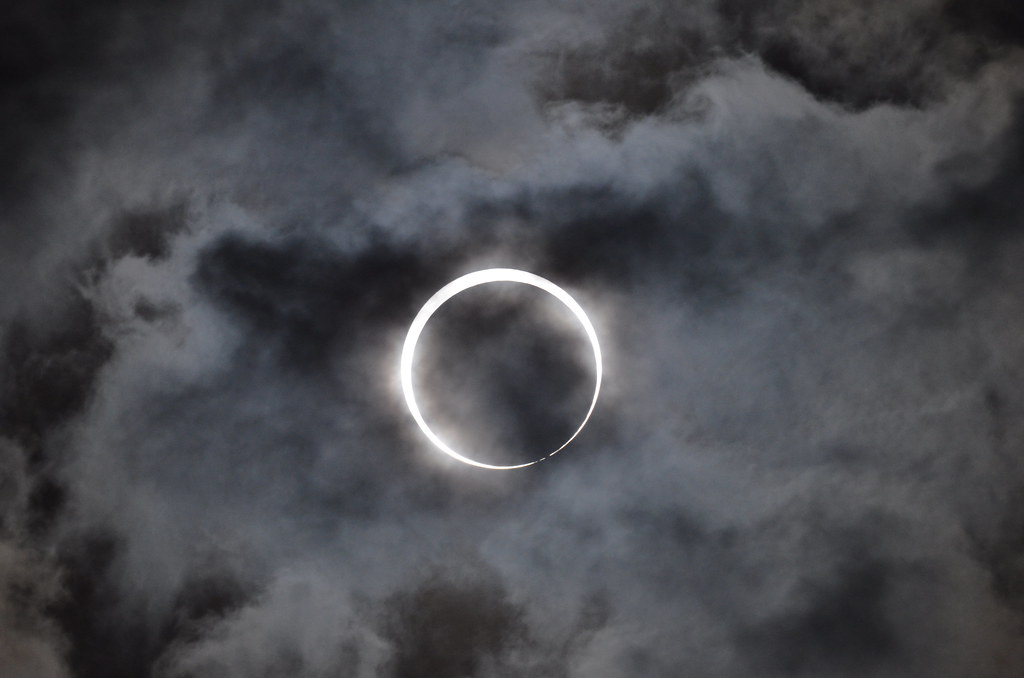 If you use social media of any kind, you’ve seen tons of articles about how to take a photo of the upcoming eclipse. Some of them were created by true experts, while others were cobbled together from bits of information found hastily on Google. But photographing a solar eclipse is actually rather complicated–if you want to maximize your chances to get a good image and minimize the possibility of frying your eyes into scorched Ikea meatballs. Here, I’ll help cut through some of the noise to what’s really important for a good eclipse shot.

Don’t: Put your eyes in jeopardy

By now you’re probably sick of hearing about how the eclipse can hurt your vision, but damaged sight is serious business. Here’s a solid safety guide to review before you even think about creating a photographic masterpiece. Make sure your eclipse glasses are legit, too.

Do: Plan to be in a good spot for the eclipse

Planning is important for a shot like this, but luckily it’s easy to scout a location before go-time. Use a resource like these NASA eclipse maps to find out where you can see the most coverage. The super popular spots will be crowded with other photography enthusiasts, so aim for something more unique than that scenic overlook where everyone you know had their engagement photos taken.

Do: Try and work a foreground element into your eclipse shot to give it context

Without any foreground, eclipse pictures just look like partial orange discs. If that’s what you want, have at it; but it likely won’t stand out when you share it. Using a wide-angle lens will help you fit other elements into the shot, to give it scope and context. Try a cityscape or some trees. Anything with a strong shape will read better in the image. A telephoto lens can get you some stunning images, but be careful: That kind of glass magnifies light, and, eclipse or no, you’re still photographing the sun. The viewfinder is not your friend.

If you have access to a really long telephoto lens, you can do some truly cool stuff by positioning a subject between you and the sun. The shot below, for example, took an 800mm telephoto lens (that’s even bigger than most of the big, white lenses you see on the sidelines of an NFL game) to make this scene look as it does. The result is a lot more striking than a circle floating in space. (Again, beware the viewfinder!)

Solar filters are specialized pieces of photographic equipment meant to do two things: considerably reduce the total amount of visible light coming in and filter out invisible (at least to the naked eye) IR and UV rays that could damage your camera. For most people, buying one is total overkill. The good ones are expensive and don’t really have much utility outside of an eclipse. The cheap, bad ones will just distort your photos. If you’re dead set on pointing your camera at the sun, you need a filter to protect your gear, but make sure it’s worth the investment for you.

NASA says you can use welding glass to protect your eyes and camera, but it needs to be at least 12 shade, which is much darker than the stuff you’ll typically find at the hardware store. So, if you have a typical welding helmet laying around, don’t use it for viewing unless you check the shade of the glass.

You can also reportedly use a standard neutral density filter, but it needs to be rated to reduce light intake by 16 stops for safety. That means it takes exponentially more light to make the same exposure with the filter as it would without. That’s seriously dark and it still may not be sufficient for blocking the IR and UV rays.

If you already bought the filter, then have a blast with it. If not, see if another friend will let you share. You don’t actually need a solar filter on your camera (or your eyes) when the sun is fully covered by the moon (called totality), so you can shoot during that time without damage. Just err on the side of caution with your timing to make sure you don’t catch some straggling or emerging rays. The rule of thumb is that if you see the little marbles of light starting to form at the edge of the eclipse, you should already have your filter back on.

Photo by @babaktafreshi | Only three weeks until the first total solar eclipse in the continental US since 1979. The path of totality crosses the country coast to coast through 14 states, Oregon to South Carolina. I have been chasing eclipses for 2 decades on every continent, including this eclipse I photographed in Iran in 1999. At totality, the moon fits over the sun and only the sun's corona is visible. – On August 21, millions across the US will witness a phenomenon that hasn’t been seen for 99 years. Nat Geo and @airbnb have created an incredible #NightAt experience where you can witness the solar eclipse high above the clouds, with Nat Geo experts. See today’s Instagram Story for information on how to enter.

Don’t: Use an optical viewfinder when you’re using a solar filter

That photographic solar filter on the front of your camera can protect the sensor inside from getting fried and help correct your exposure, but it won’t necessarily protect your eyeballs. That’s not its job nor its promise. Amazon actually ran into a serious problem with this fact regarding some filters from a very reputable company called Lee. If you’re using a DSLR or a rangefinder camera, then stay away from that viewfinder and use your camera’s live view mode.

Don’t: Look through a telephoto lens with your eclipse glasses on

Solar filters are meant to go on the front of lenses you look through. Putting a lens behind a lens, only subjects it to rays that have been magnified and the intensity can do serious damage. This goes for photo lenses, telescopes, and even binoculars. This is true even when there’s no eclipse happening.

Do: Be careful about exposure (and shoot raw if you know what that is)

Exposure can be tricky when shooting the eclipse. The B&H guide has a handy exposure settings chart you can refer to before you go shooting. Chances are, when you point your camera in auto mode toward the eclipse, the resulting photo will be washed out because it’s compensating for the dark scene. You can fix this by using a camera feature called exposure compensation. This is typically achieved by turning a dial on your camera, but you can also do it on your smartphone. Tap and hold over the eclipsed sun to lock the focus and exposure. Then drag your thumb down and watch the image get darker.

If you’re using a camera that has raw mode—some smartphones even have this option now—you will get extra image data you can use when you’re editing your photo.

If you have no idea what “shooting in raw” means, then skip this step because a big important event is the worst time to try something new. Give raw a try down the road, though. Here’s a tutorial now how to get started.

Do: Shoot a lot of photos

While I’m not advocating the “spray and pray” method enabled by holding down the camera’s shutter button and letting it hammer out pictures as fast as it can, you should plan to shoot a lot of photos. If you get a sufficient number of good photos, you can make a cool sequence like the one below.

There are certain important moments during the eclipse that you’ll want to capture, especially if you’re making a sequence. Each phase has a technical name, as well as a more colloquial name like the “diamond ring” which happens just before and after totality. Here’s a rundown of the order in 10 steps. 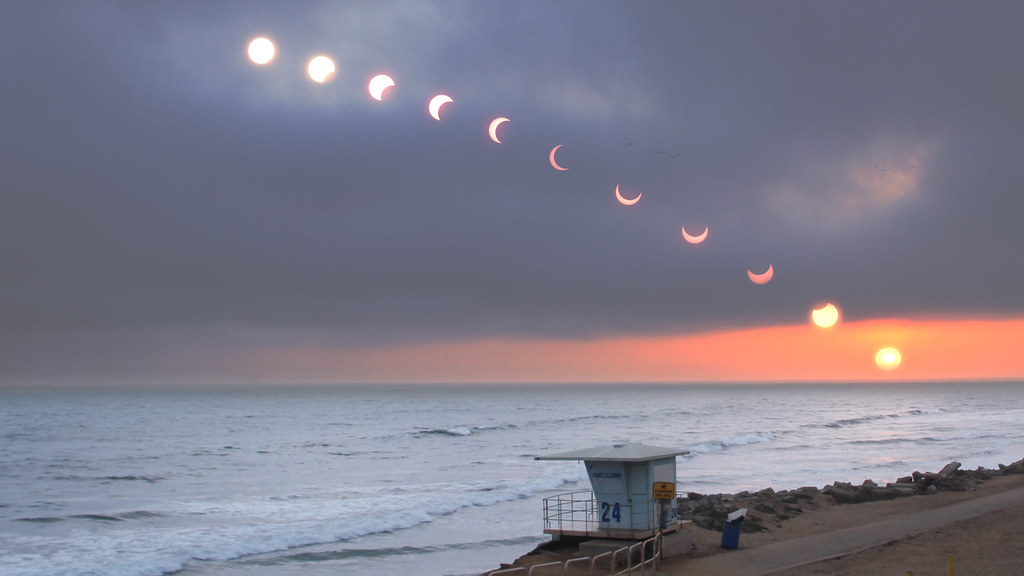 Don’t: miss out on the actual event because you’re trying to snap a perfect pic

While getting the photo you want is great, also consider that you’re witnessing a very rare event, and take some time to admire it rather than obsessing over your camera.

Don’t: Be afraid to shoot a picture with your iPhone

According to Apple, the iPhone’s camera doesn’t need a solar filter for shooting a picture of the eclipse because of its wide angle lens and overall construction. We haven’t tested that fact, and Samsung and LG didn’t comment when contacted about the subject, but Apple seems very confident that it’s not a problem. Do consider this a disclaimer, however: It’s still totally possible that the eclipse will damage your iPhone camera, so proceed at your own risk.

One caveat is that your smartphone will probably try to overexpose the scene and wash out the wonderful eclipse part. You can fix this by pressing your thumb over the sun to lock the focus and exposure, then dragging your thumb downward to reduce the overall exposure. Exposure compensation, remember? It’s a pretty handy thing to use in a variety of other situations, too, not just epic events like this one.

Do: use a tripod

Setting up your shot and following the action will be a lot easier if you have a stable base, especially if you’re planning on using a long telephoto lens. Just be sure to check if you need a permit to put down a tripod where you’re planning to shoot. Often, parks let you operate without a permit if you’re going handheld, but require a permit when you start putting down stands or tripods.

Do: Use that fancy solar filter you bought after the eclipse is over

OK, so you didn’t get the advice about not buying a filter in time and now you’ve got an overly-expensive and extremely specific piece of gear. Luckily, that solar filter can also act as a pretty capable neutral density filter, which photographers use all the time.

By limiting light as it comes into the camera, it allows you to use longer shutter speeds to blur moving objects in the photo or shoot at wider apertures in bright conditions, which is good if you want to get that oh-so-popular shallow depth of field look with a nice blurry background.