Space probably has way more ‘rogue planets’ than we thought

Astronomers have just doubled the catalogue of potential rogue exoplanets. 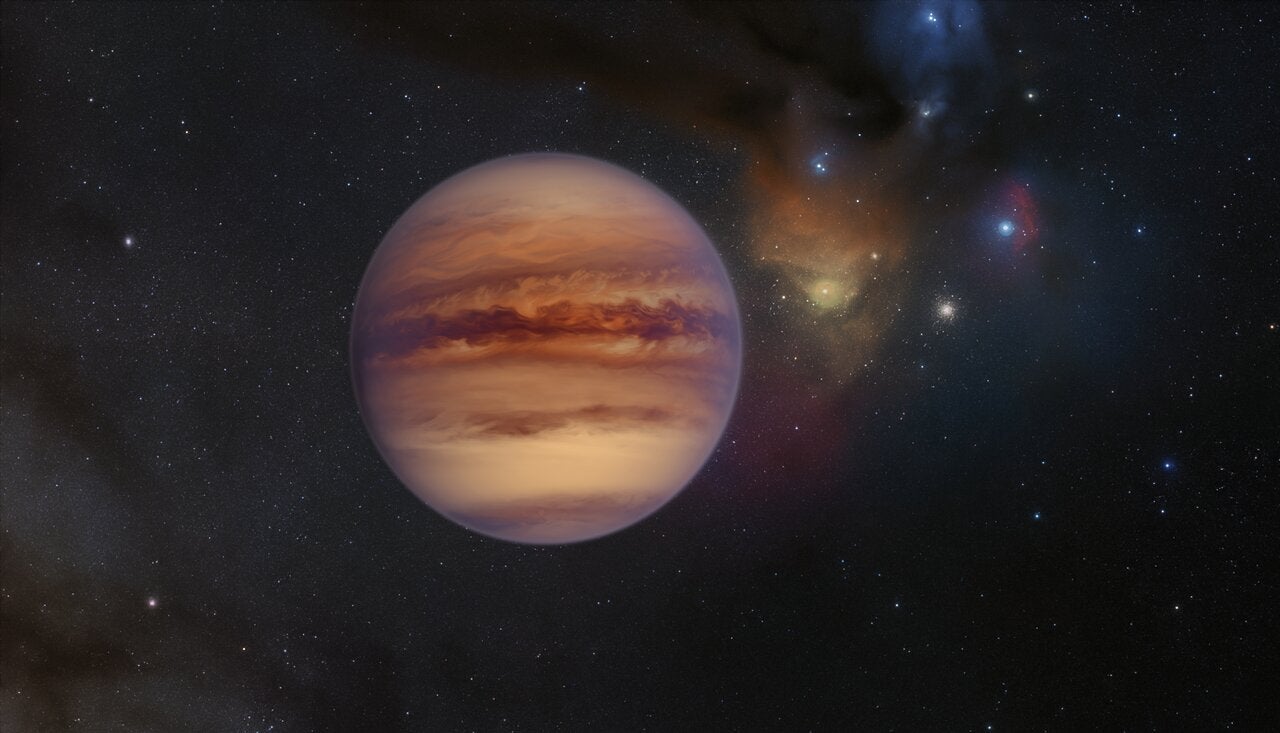 An artist’s impression of a rogue planet. ESO
SHARE

Astronomers may have found at least 70—and possibly as many as 170—new free-floating exoplanets, which are planets outside our solar system that are not tethered to any stars. The new collection of these candidates, also called rogue exoplanets, roughly doubles the known catalogue of such worlds.

The Kepler Space Telescope, which has helped astronomers confirm almost 3,000 exoplanets, retired in 2018. But the trove of data it collected during its nine-year tenure in space still holds secrets for astronomers to uncover, such as these new exoplanet candidates. Rogue exoplanets are exceptionally hard to detect because they do not have the benefit of a nearby star to illuminate them. Researchers circumvented that obstacle by looking for young planets, just a few million years old, that were still hot enough to glow. Their findings were published in Nature Astronomy.

“We measured the tiny motions, the colors and luminosities of tens of millions of sources in a large area of the sky,” Núria Miret-Roig, an astronomer at the Laboratoire d’Astrophysique de Bordeaux in France and the University of Vienna in Austria, and the first author of the new study, said in a statement. “These measurements allowed us to securely identify the faintest objects in this region, the rogue planets.”

Most confirmed exoplanets orbit a star, which astronomers typically detect first. They can observe the exoplanet thanks to that sun’s proximate glow– more specifically, the period of darkness that results when the planet passes between the star and an observing telescope.

Star-less exoplanets cannot be found this way. Researchers instead typically rely on a similar technique, known as “gravitational microlensing.” Astronomers find rogue planets by seeing where the light of distant stars bends in space—that distortion can reveal where free-floating exoplanets are hiding in the dark. Unfortunately, microlensing events tend to be one-off, which means astronomers are likely to never see the rogue planet again–a huge limitation when looking for these worlds.

But looking for young, hot planets, as Miret-Roig and her team did, allows new candidate exoplanets to be observable in the future, providing the potential for future study. And there are many to follow up on. They identified as many as 3,455 total exoplanet candidates—70 to 170 of which are Jupiter-size objects and likely true rogue exoplanets. They are all floating in space about 420 light years away, in a region of the Milky Way known as the Upper Scorpius OB stellar association.

“We did not know how many to expect and are excited to have found so many,” Miret-Roig said in a statement.

The team is planning a follow-up study to measure the precise age and mass of these presumed free-floaters, as well as spectroscopic observations to “determine other physical properties such as the effective temperature and the composition,” Miret-Roig told Gizmodo. With these future studies, astronomers may be able to tease apart how starless planets form in space.

The new findings suggest there are many more of these hidden, rogue planets floating in the dark to discover, Hervé Bouy, an astronomer at the Laboratoire d’Astrophysique de Bordeaux in France, and project leader of the new research, said in a statement. “There could be several billions of these free-floating giant planets roaming freely in the Milky Way without a host star.”