Not quite ready for takeoff 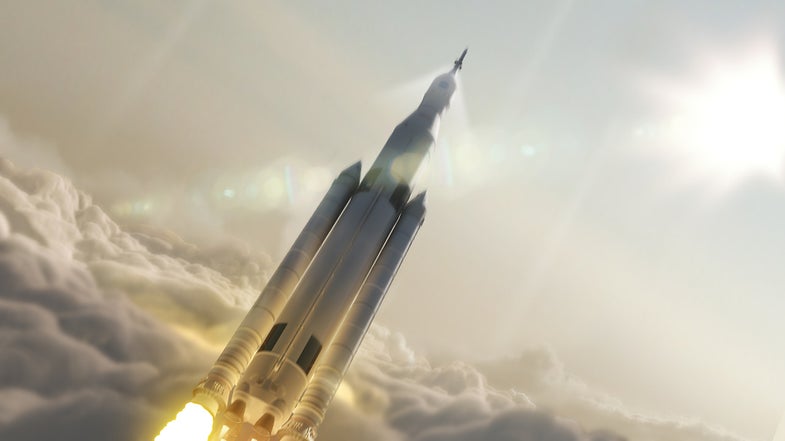 This may not come as a total surprise, but NASA has announced it’s delaying the maiden flight of its super-duper powerful rocket. The Space Launch System (SLS)—destined to carry humankind beyond Earth’s orbit, to the moon and Mars—was supposed to launch in late 2018. Now the target has changed to sometime in 2019.

A recent report from the U.S. Government Accountability Office warned that NASA probably wouldn’t meet its 2018 deadline, and NASA agrees. Bill Gerstenmaier, who heads up NASA’s human exploration program, pointed to February’s tornado damage at the Michoud Assembly Facility in New Orleans as one potential source of delay. When the program was first conceived, SLS was supposed to launch in 2017.

It’s not clear yet when the rocket will carry its first human passengers to space, but NASA is looking into putting crew on the first flight in 2019.

Meanwhile, SpaceX is planning to launch a private mission into lunar orbit with its own heavy lift rocket, the Falcon Heavy, in 2018. If that happens as planned, it means a private company would actually beat NASA back to deep space—and maybe even at a cheaper price. But if there’s one thing you can count on when it comes to rocket science, it’s delays.