NASA Gets Serious About Its Next Big Telescope

With a view 100 times larger than Hubble's, the WFIRST scope could discover thousands of exoplanets and millions of galaxies 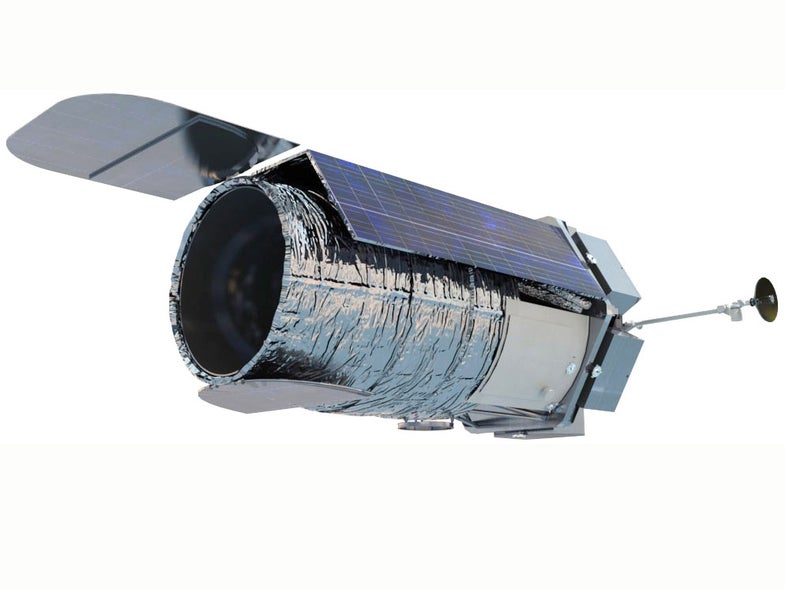 With the James Webb Space Telescope finally looking like it might meet its 2018 launch deadline, NASA is already looking ahead to the next great telescope.

The space agency is moving forward on the Wide Field Infrared Survey Telescope (WFIRST). Slated to launch in the mid-2020s, WFIRST is designed to measure the effects of dark energy, while potentially discovering millions of galaxies and providing a glimpse into the atmospheres of alien worlds.

WFIRST recently passed a key design review, allowing the scientists on the team to move forward with their mission planning. WFIRST has moved from being “a mission under study” to “a mission NASA is pursuing/intends to execute,” said a NASA spokesperson in an email to Popular Science. A 2016 spending bill provided $90 million toward developing WFIRST.

WFIRST would be made in part from a leftover spy satellite. It’s about the size of Hubble, allowing it to capture the same awe-inspiring depth and quality of images, but WFIRST’s mirror design allows it to capture 100 times more of the sky in a single snapshot. Not bad, for a second-hand satellite.

The scope also includes a coronagraph, which uses a disk to block out the glaring light of a star in the telescope’s viewfinder, making it easier to spot smaller and dimmer planets that might be orbiting the star. The coronagraph will also make it possible to look for signs of life in the atmospheres of distant planets.

Although WFIRST will surely provide an amazing new view of the universe, it won’t see as deep into space or as far back in time as the James Webb Space Telescope. And there’s at least one other proposed telescope, the High-Definition Space Telescope, whose inventors also hope it could become “the next Hubble.” We shall see.

Correction, 2/19/2016 at 2:25PM Eastern: An earlier draft of this story incorrectly stated that WFIRST is not an official mission.