CHEOPS will be able to tell a planet's makeup, helping explain how supersized Earths form in other solar systems. 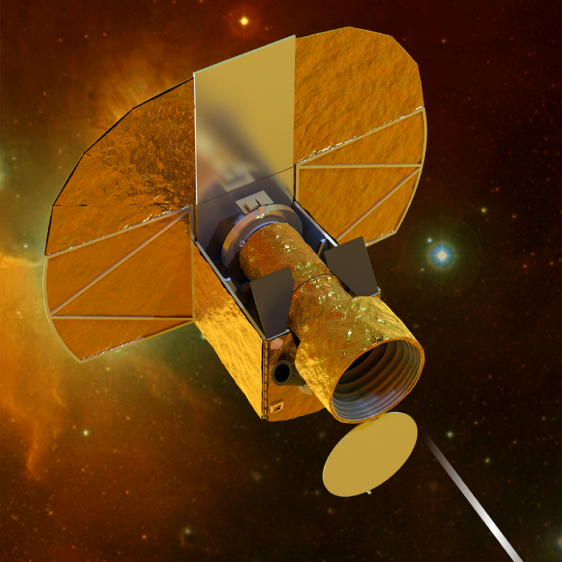 The Kepler space telescope (and several observatories on the ground) have pinpointed a plenitude of planets around other stars, but astronomers’ knowledge of them remains fuzzy. A new European mission launching in five years will bring them into focus, figuring out their size, density and internal structure.

The new telescope is called CHEOPS, for CHaracterising ExOPlanets Satellite, although it is not shaped like a pyramid. Its targets will be nearby stars that are known to harbor planets. Like Kepler, it will use the transit method of hunting planets, looking for blips in star brightness to tell if something is orbiting around them. This will allow more accurate measurements of a given planet’s radius.

Astronomers know the masses of several planets, partly through observations that measure how the planets affect the wobbling of their stars. Given a radius and a mass, you can figure out density, and this will give clues about the planet’s internal makeup. This will help astronomers learn how other planets form, especially the rocky super-Earths.

Measurements like this will help characterize Earth-scale planets like the one around the Alpha Centauri system, which astronomers announced last week. CHEOPS is just one in a handful of super-precise, powerful telescopes slated to start observing in the next few years, which astronomers believe could finally pinpoint whether life exists elsewhere in the cosmos. For instance: “I think it is realistic to expect to be able to infer within a few decades whether a planet like Earth has oxygen/ozone in its atmosphere, and if it is covered with vegetation,” Martin Rees, Britain’s Astronomer Royal, told Reuters.

CHEOPS will orbit Earth in synch with the sun, flying around 500 miles above the planet. It’s scheduled for launch in 2017.