Is NASA Going To Let The Hubble Telescope Burn Up?

With no plans for future upgrades, the telescope faces a fiery end 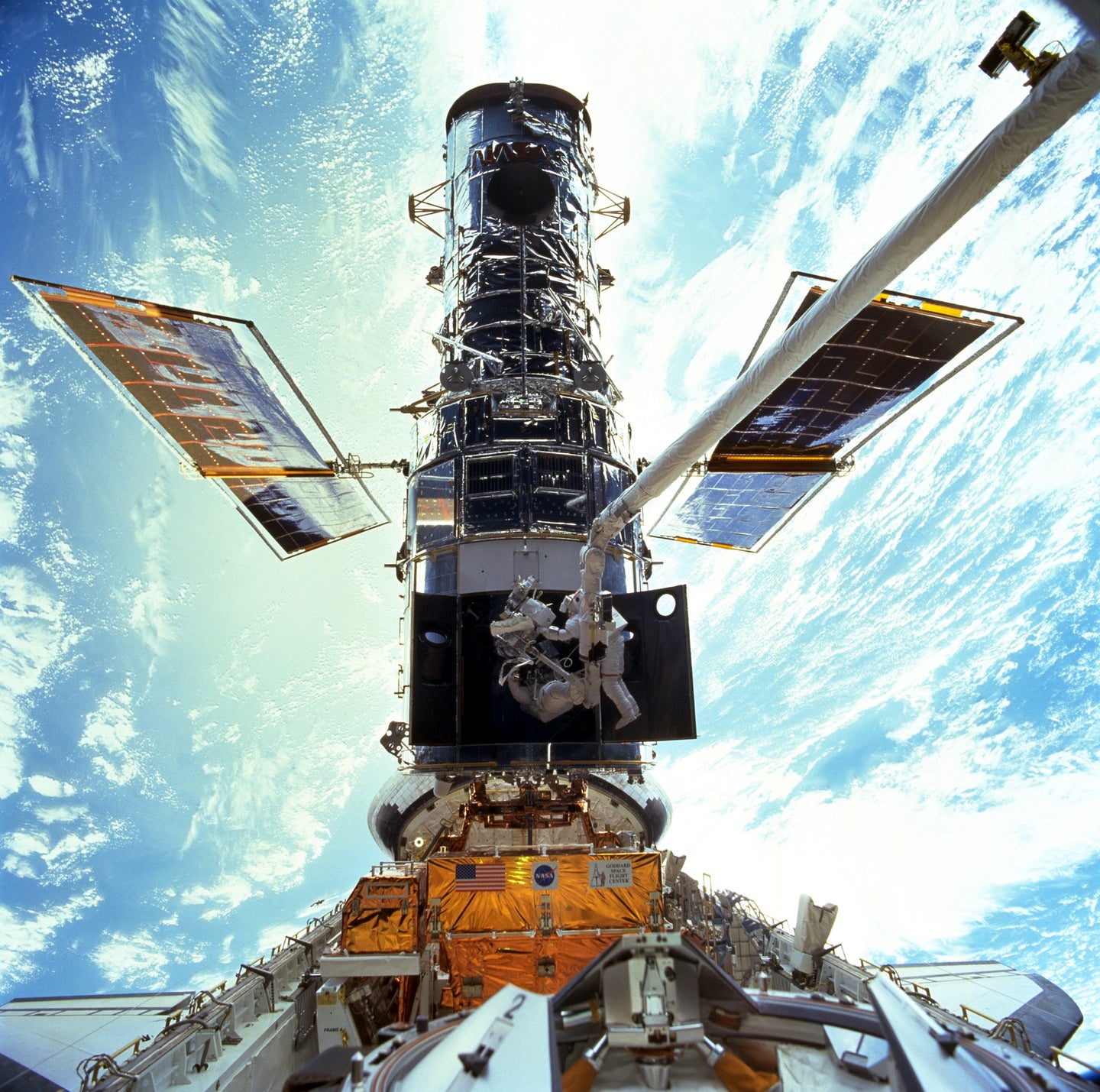 Last month, six astronauts convened at the Intrepid Sea, Air & Space Museum in New York City to discuss the 2009 mission to service the Hubble Space Telescope. As it approached its 20th birthday, the telescope was in desperate need of an upgrade; the orbital optics, batteries, and other equipment had slowly deteriorated due to sun exposure and age.

NASA deployed Space Shuttle mission STS-125, the last Hubble servicing mission, to renovate the telescope in a series of space walks. “For a lot of missions, they say don’t worry about things, we can always get that done next time, you don’t have to try and rush,” Scott Altman, the former mission commander, tells Popular Science. “But we knew this was the last time anyone was going, so anything we didn’t get done, wasn’t going to get done.”

Eventually Earth’s gravity will pull the telescope to a fiery death.

Despite the pressures of the operation, the crew members recalled how they managed to upgrade Hubble as much as possible during five long, arduous space walks, ensuring the telescope’s operational capabilities well beyond the end of the Space Shuttle program in 2011.

Now Hubble is turning 25 years old, and NASA doesn’t have any official plans for upgrading the telescope, meaning its hardware will grow old and out-of-date in the coming years. Without assistance, Hubble can’t maintain its orbit forever, and eventually Earth’s gravity will pull the telescope to a fiery death. 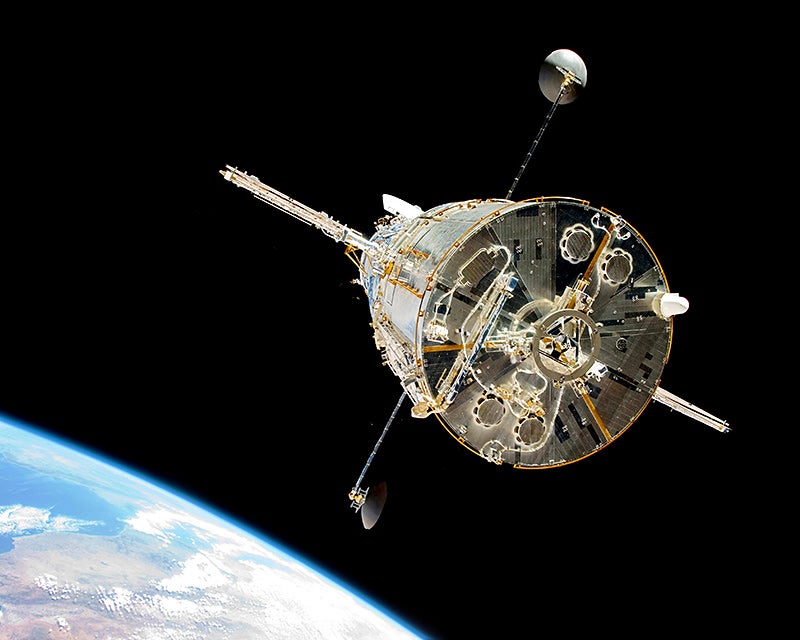 The Space Shuttle Atlantis moves away from Hubble after the telescope’s release on May 19, 2009.

The Last Mission To Hubble

Just like an iPhone, the Hubble used to get an update every couple of years. From 1993 to 2002, the space agency sanctioned four servicing missions to the telescope, in which astronauts would replace old or degraded technology with newer optics and hardware. Originally a fifth servicing mission was scheduled for 2005, but in 2003, with the Columbia Space Shuttle disaster, everything changed.

The disaster put an intense spotlight on all subsequent shuttle missions — notably the importance of having a ‘Plan B.’ During trips to the International Space Station, astronauts could easily seek refuge aboard the station if something happened to the shuttle. But for trips to the Hubble, there was no place to hide. So if there was damage to the shuttle, the crew members would either die in space or die during reentry. 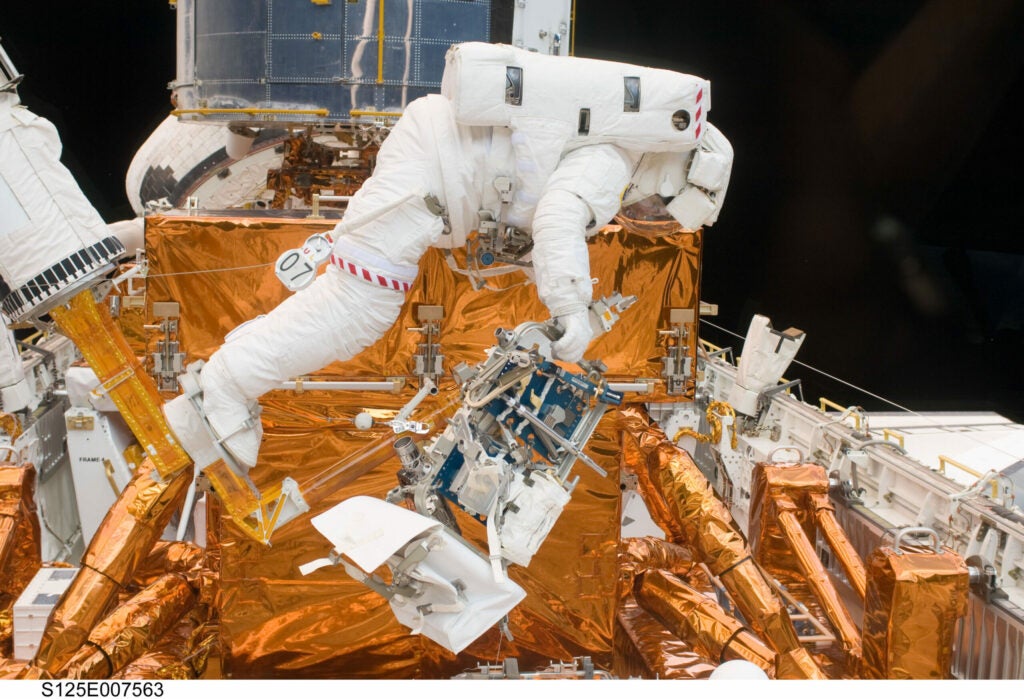 Because of this unsettling scenario, then-NASA Administrator Sean O’Keefe canceled the 2005 servicing mission, and for a time, it seemed as though it would never happen. Meanwhile, the telescope’s technologies continued to erode. Hubble orbits the Earth every 97 minutes, spending half of its life in direct sunlight and half in darkness, and these temperature changes cause its components to get a little haggard.

“The sun is baking it with high temperature and that degrades the telescope,” Mike Massimino, who was one of the astronauts on STS-125, tells Popular Science. “Also, it can go through these really huge temperature swings, and those changes shake the telescope a bit, causing things to vibrate, expand, and contract.”

“There was quite a bit of pressure to get it back up to 100 percent, and I believe we did that.”

But support was strong for a return to Hubble, and when O’Keefe retired in 2004, it didn’t take long for the new administrator, Michael Griffin, to reschedule the Hubble mission for 2009. Since it had been seven years since the telescope’s last upgrade, the astronauts of STS-125 knew they had a lot of work on their hands. “We had a mission timeline that, when you looked at it before we launched, you couldn’t get everything done,” says Altman.

Yet the seven-membered crew of STS-125 completed their mission checklist – and a little bit more. They successfully installed two new instruments on the Hubble, including the Cosmic Origins Spectrograph, which breaks up and measures light in its individual components, and the Wide Field Camera 3, a camera that sees in near-infrared light, visible light, and near-ultraviolet radiation. The crew also repaired two damaged instruments and replaced gyroscopes and batteries. They even added new thermal insulation panels to protect the observatory from sun damage.

When they arrived, “the telescope was maybe 20 percent of what it was. It had degraded significantly,” says Gregory Carl Johnson, the pilot on STS-125. “There was quite a bit of pressure to get it back up to 100 percent, and I believe we did that.” 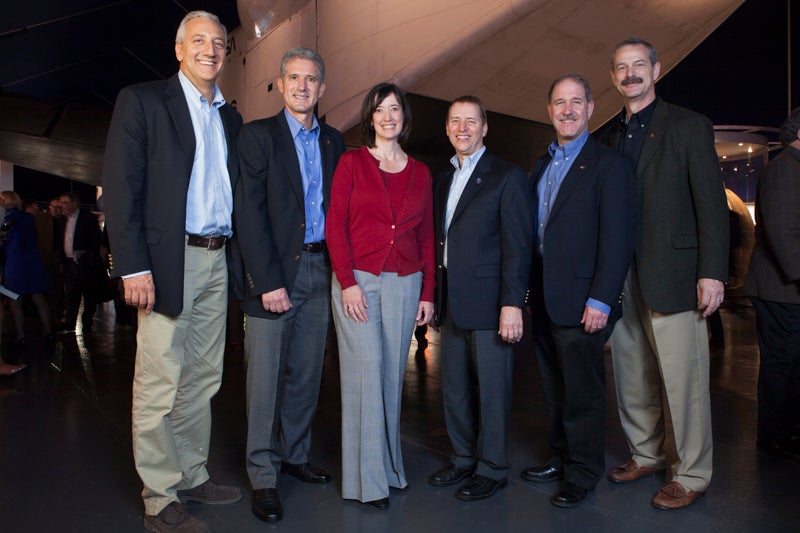 The Astronauts Of STS-125

Countdown To Crash Down

But NASA cannot stop the march of time. Every time the Hubble shakes or vibrates, it gets pushed ever so slightly out of its orbit. One of the essential duties of the previous servicing missions was to nudge the telescope back into a higher, more stable orbit.

“Its orbit will decay,” says Massimino. “The telescope will be fine, but its orbit will be bringing it closer and closer to Earth. That’s when it’s game over.”

Ultimately, NASA has two options: figure out a way to get another servicing mission to the Hubble to fix its equipment and push it back into its desired orbit–or let the Hubble telescope fall to Earth, which it will do in the next eight to 10 years if neglected.

As of now, the space agency seems to be opting for the latter option. No plans have been made for another servicing mission to Hubble, and although NASA is developing a new heavy launch vehicle called the Space Launch System (a seeming replacement for the Space Shuttle), that won’t be ready for manned spaceflights until 2025. Hubble requires a human touch, as a robotic mission isn’t delicate or precise enough to perform all the necessary upgrades.

A commercial company, like SpaceX or Boeing, could build a crew vehicle to take astronauts to the telescope. In NASA’s Commercial Crew Program, the agency is currently paying private spaceflight companies to build “space taxis” that will ferry astronauts to and from the International Space Station. According to STS-125 astronaut Michael Good, who currently serves in the Commercial Crew Program, the space agency isn’t looking into the possibility of using private companies to fix Hubble, but he says there’s always a chance that could happen. “One of the reasons we’re doing Commercial Crew is to enable this capability to get into lower Earth orbit,” says Good. “But it’s certainly in the realm of possibility.”

The general notion is that it’s time to retire the veteran telescope, especially since a servicing mission would draw funds away from a more exciting mission to Mars. Plus, a younger descendant of Hubble will be making its way into space soon enough. In 2018, NASA plans to launch the James Webb Space Telescope, which will orbit more than 900,000 miles away from the Earth, and cover longer wavelengths of light than the Hubble can. Why maintain the Hubble when the JWST can look farther away and further back in time than ever before?

“You never really know what’s going to survive, but the mirror is likely to survive entry.”

That leaves NASA with the much more fiery option of letting Hubble burn up in Earth’s atmosphere as it comes crashing down to our planet. Measuring in at roughly the size of a bus, the telescope is much larger than your average orbiting satellite. So when it does enter the atmosphere, some of its pieces are going to make it through.

“You never really know what’s going to survive,” says Massimino. “But the mirror is likely to survive entry. It’s a big piece, and it’s most likely able to survive temperatures that it’s exposed to.”

So how is NASA going to make sure Hubble’s pieces don’t land on a sprawling metropolis? The telescope’s destruction will have to be guided. During STS-125, the astronauts installed a generic docking mechanism to the telescope, called the Soft Capture and Rendezvous System, which can attach to any basic rocket motor. The idea is to let Hubble slowly creep toward Earth, and right before it falls, NASA will send a small rocket to dock with the telescope and guide its descent into the ocean.

For now, Hubble is still fully operational, and the plans for its future aren’t certain. But the crew of STS-125 expressed their hope that NASA will not give up on its famous orbiting observatory.

“I think we should keep Hubble going. You learn a lot when you do these types of service missions, flying people up to do another repair mission,” Massimino says. “Hubble can’t do it all, but you can still get a lot of great astronomy done from it.”

Check out some of Hubble’s incredible photographs below. You can also see the telescope’s full image gallery at Hubble’s website or visit the Intrepid’s Hubble@25 exhibit in New York City. 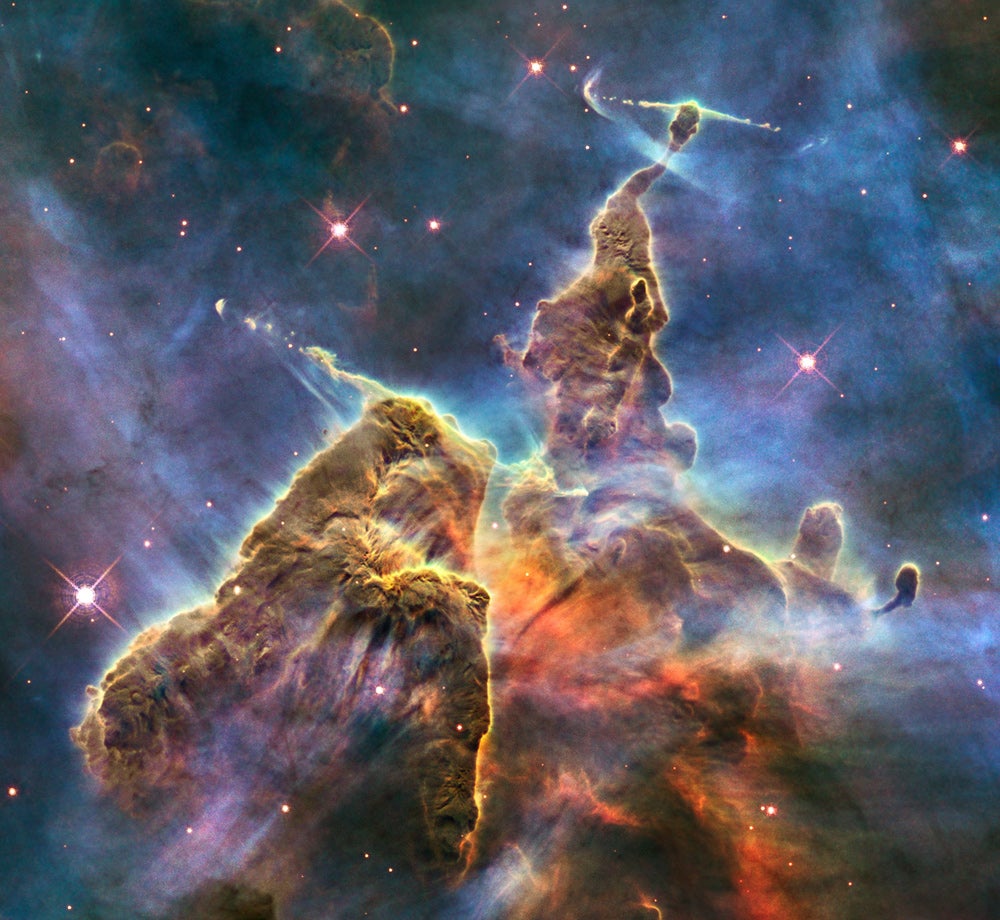 The mountains of dust and gas in the Carina Nebula. 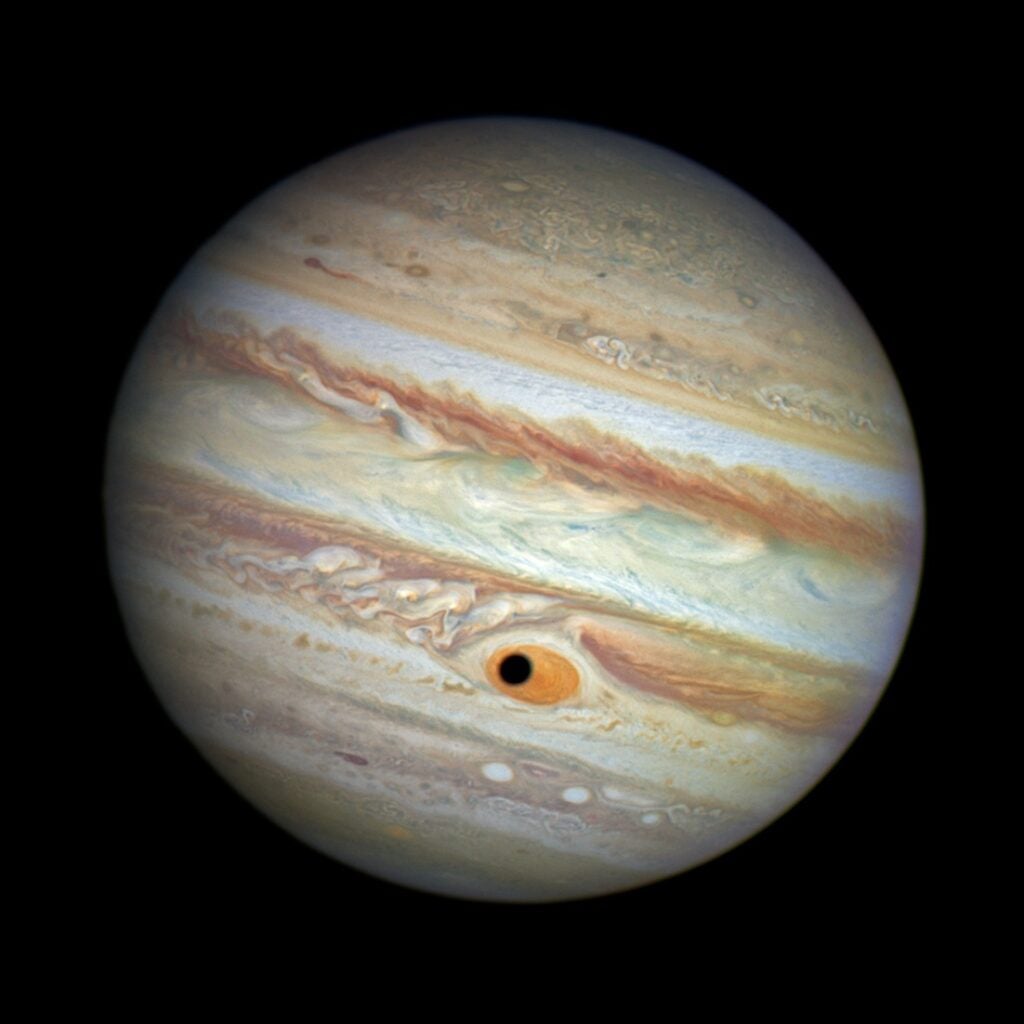 The shadow of the Jovian moon Ganymede as it sweeps across Jupiter’s Great Red Spot. 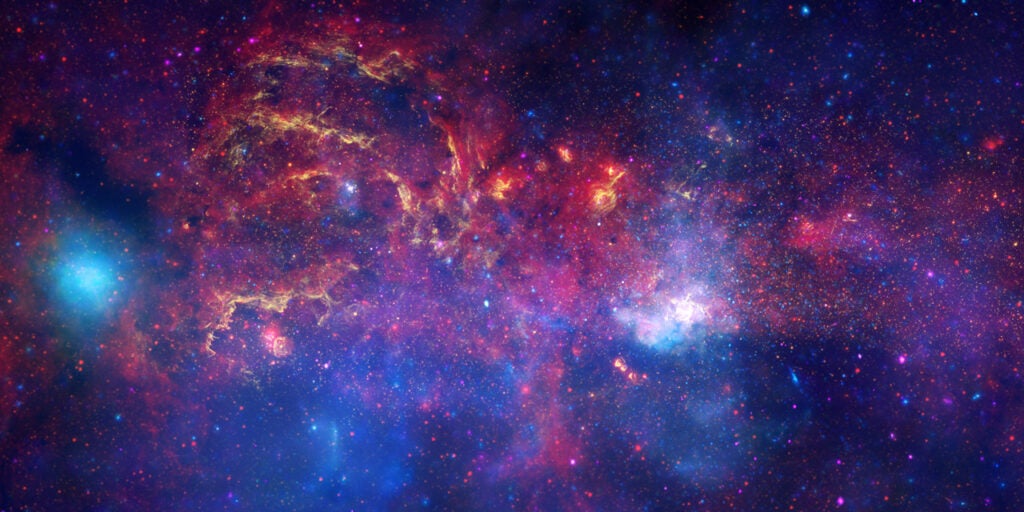 The galactic center of the Milky Way. 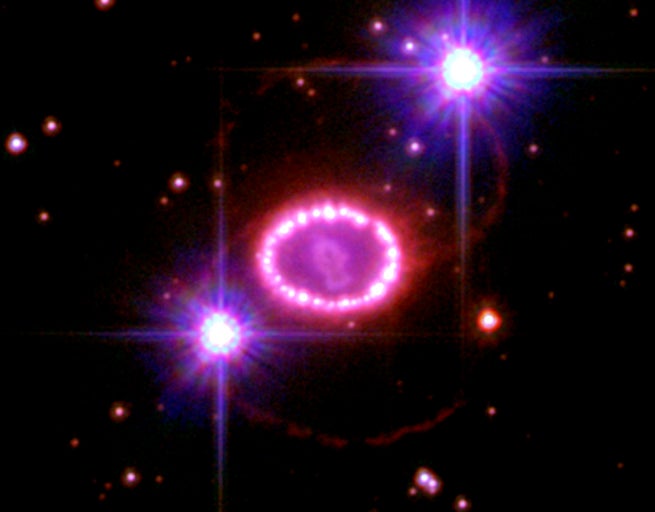 The entire region around Supernova 1987A, one of the brightest exploding stars in more than 400 years. 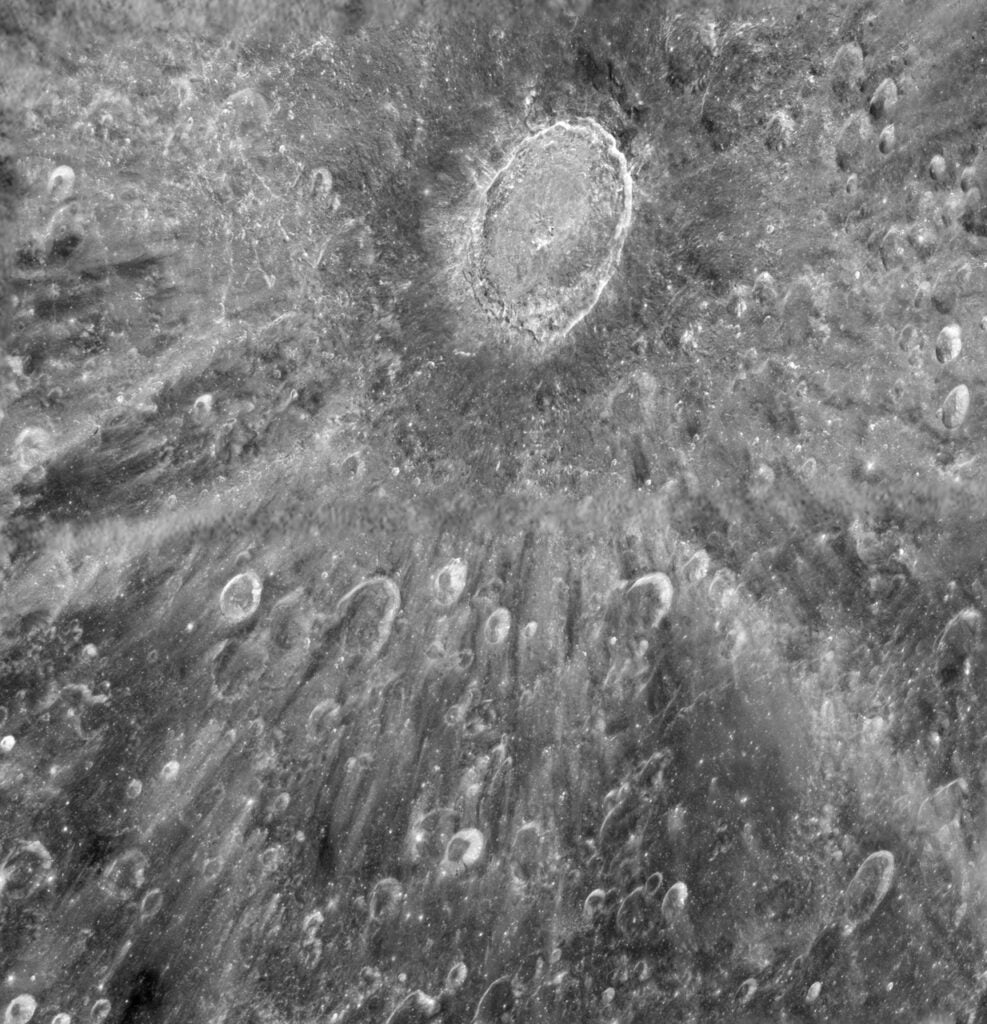 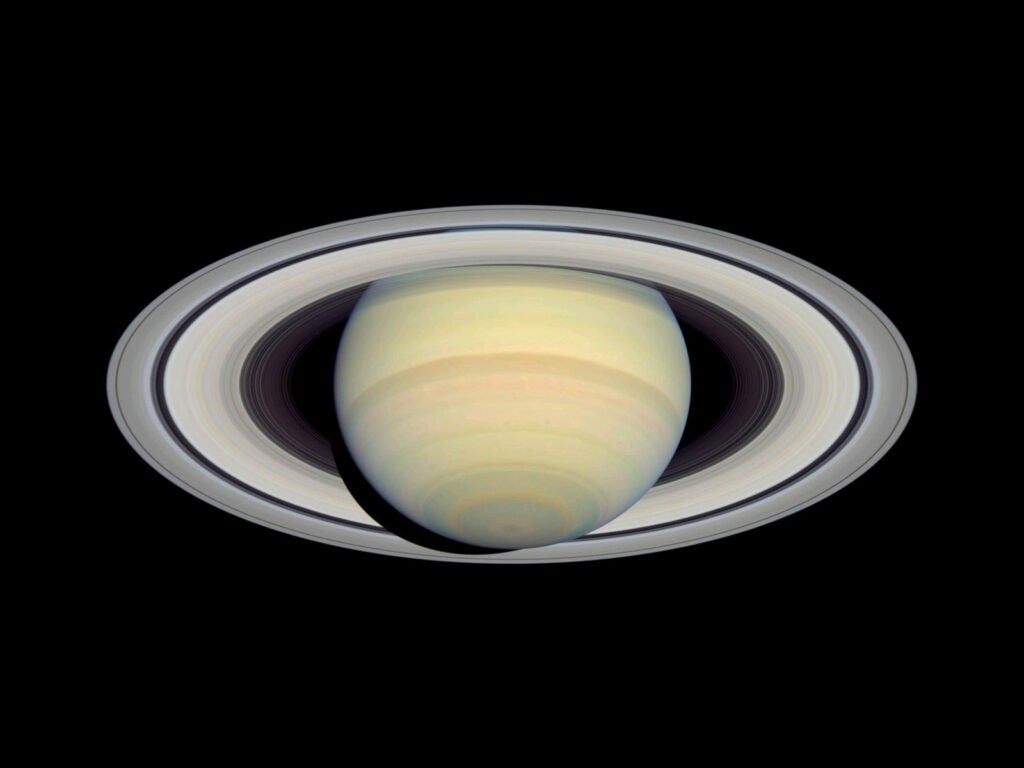 Ultra-precise photographs of Saturn and its rings. 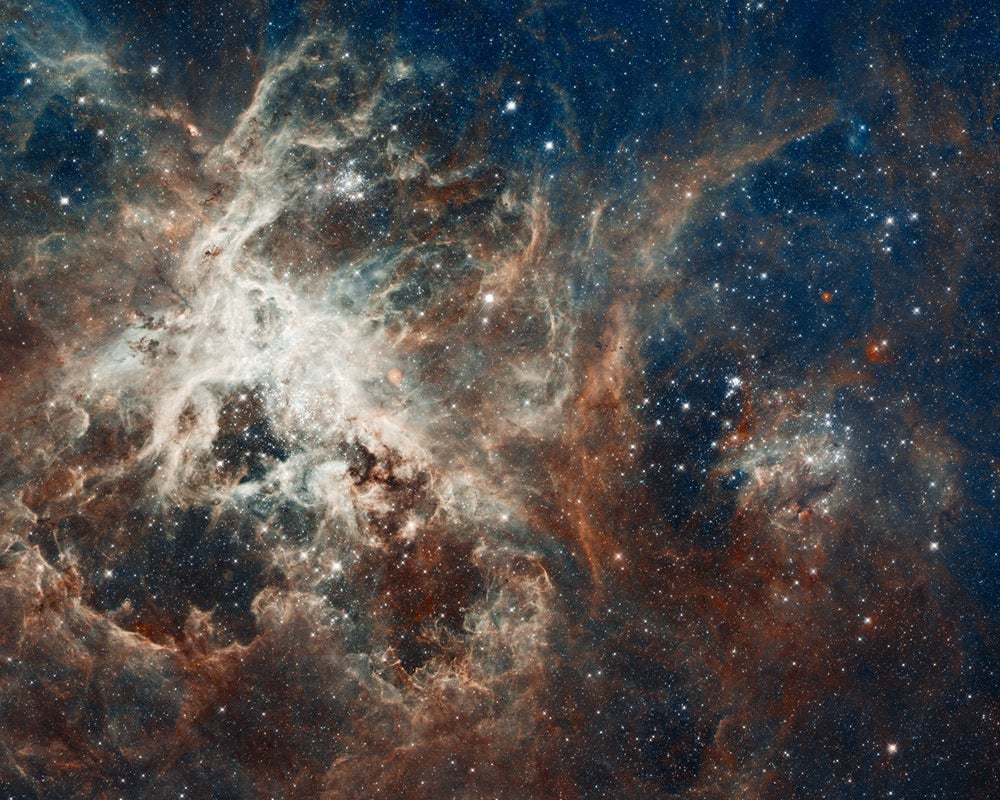 The heart of the Tarantula Nebula, filled with millions of young stars. 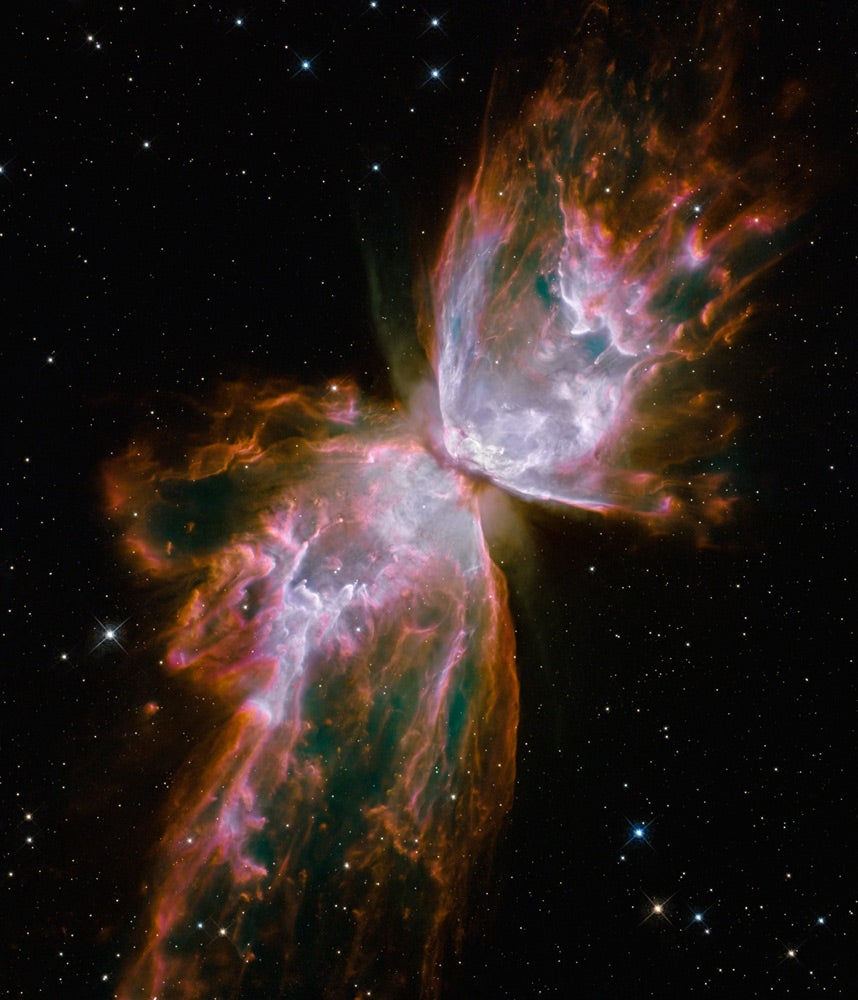 A dying star releases gas that is traveling away from its center at more than 600,000 miles per hour.
crashes
hubble space telescope
nasa
reentry
Space