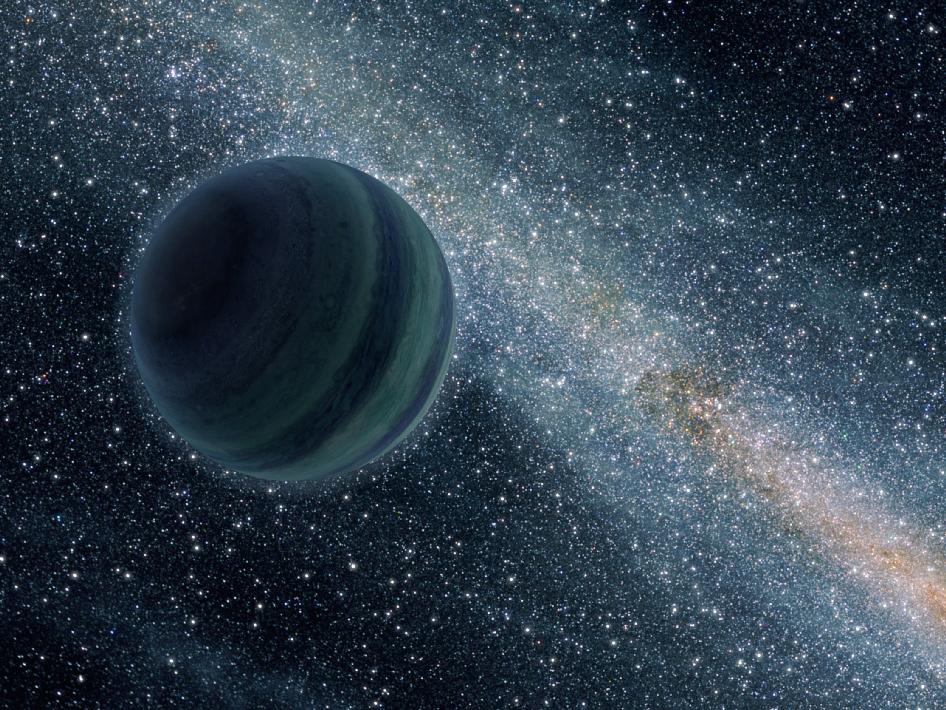 Astronomers have just detected four new Earth-sized exoplanets floating along near our Milky Way’s Galactic Bulge—the cluster of dust, gas, and stars at our galaxy’s center. But unlike Earth, these planets don’t belong to any solar system. They’re free-floating rogues.

Scientists found these four new discoveries thanks to data from the now-retired Kepler K2 mission. During its tenure, the Kepler Space Telescope scanned the Galactic Bulge and gathered microlensing signals, a phenomenon that can be used to detect objects, including planets, even when they emit very little light. After analyzing Kepler’s data, researchers found that four of those recorded signals are consistent with those of planets similar in size to Earth. The findings were published in Monthly Notices of the Royal Astronomical Society.

The signal patterns suggest that none of these newly found planets have any accompanying stars, making them free-floating, or rogue planets. Free-floaters likely start as regular planets around a star, but go rogue when their orbits are disturbed by the gravitational tug of other celestial bodies nearby.

[Related: A guide to the solar system’s biggest secrets]

What’s remarkable about these new findings is scientists’ ability to use old technology in innovative new ways. Kepler was actually not designed to detect microlensing events, nor was it meant to peer into the dense center of our galaxy. Scientists had to do an immense amount of data sorting and cleaning to tease out their findings.

“These signals are extremely difficult to find,” said Open University astronomer and lead author Iain McDonald, in a statement. “Our observations pointed an elderly, ailing telescope with blurred vision at one the most densely crowded parts of the sky, where there are already thousands of bright stars that vary in brightness, and thousands of asteroids that skim across our field.”

When searching for planets, especially those not accompanied by the lights of stars, it can be extremely difficult to filter out all the other noise and find those celestial bodies in the dark. McDonald added, “From that cacophony, we try to extract tiny, characteristic brightenings caused by planets, and we only have one chance to see a signal before it’s gone. It’s about as easy as looking for the single blink of a firefly in the middle of a motorway, using only a handheld phone.”

The authors of the new paper write that there are likely many more Earth-sized celestial nomads in the Milky Way, and new forthcoming space missions with updated technology will likely uncover some of them. NASA’s Nancy Grace Roman Space Telescope (set to launch in the mid 2020s) and the European Space Agency’s Euclid (set to launch next year) will both use microlensing signals to confirm free-floating planets as part of their missions. Perhaps we will soon have a precise estimate for just how many rogues are out there.