All the buzz about NASA’s new fleet of space bees 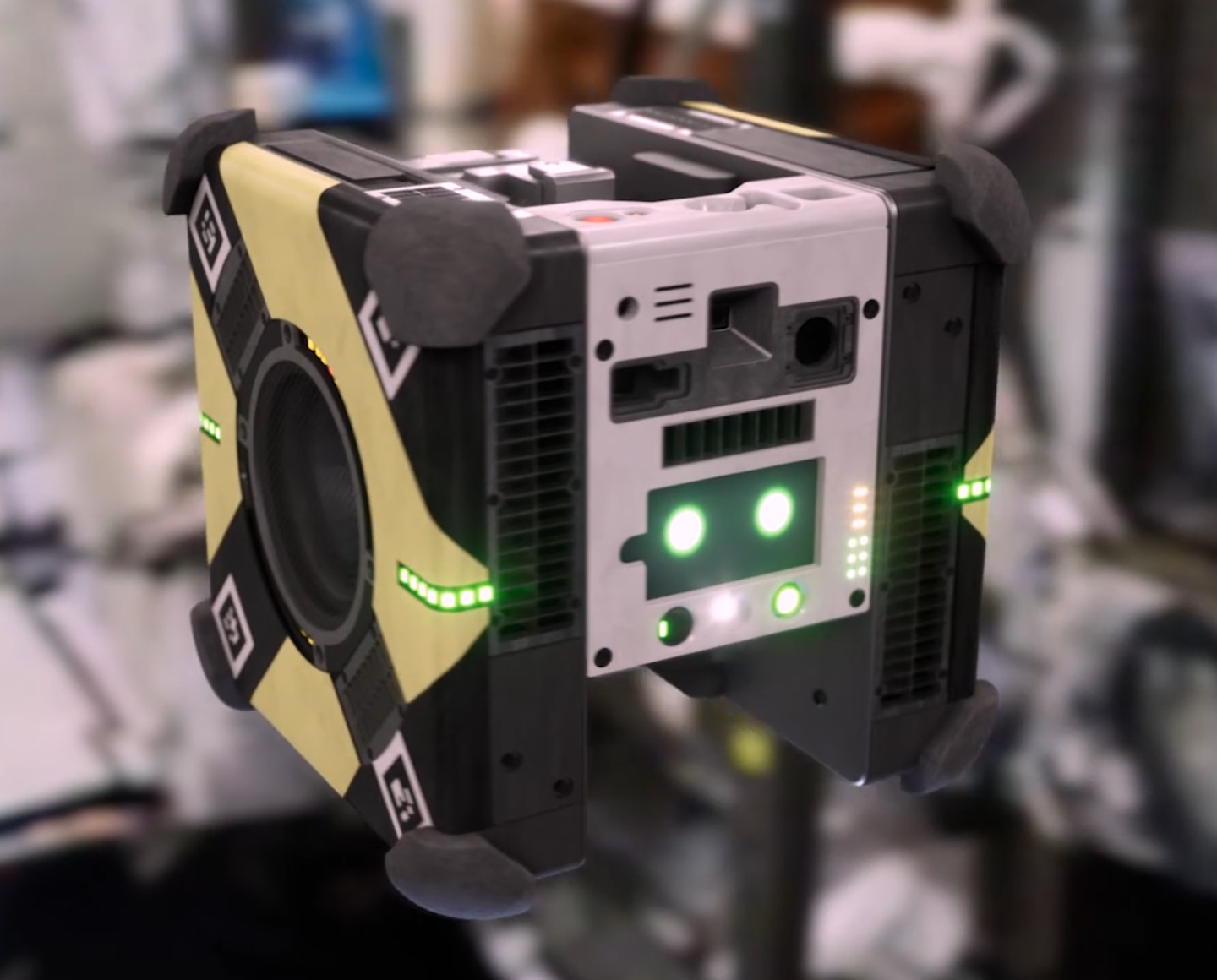 Robot bees are no replacement for our vital pollinators here on Earth. Up on the International Space Station, however, robots bearing the bee name could help spacefaring humans save precious time.

On Friday, NASA astronaut Anne McClain took one of the trio of Astrobees out for a spin. Bumble and its companion Honey both arrived on the ISS a month ago, and are currently going through a series of checks. Bumble passed the first hurdle when McClain manually flew it around the Japanese Experiment Module. Bumble took photos of the module which will be used to make a map for all the Astrobees, guiding them as they begin their tests there.

The three cube-shaped robots (Queen will arrive from Earth in the SpaceX resupply mission this July) don’t look anything like their namesakes, but they are non-threatening by design, says Astrobee project manager Maria Bualat. Since they’re built to fly around autonomously, doing tasks for the crew of the International Space Station, “one of our hardest problems is actually dealing with safety concerns,” she says.

A robot that’s too hard or heavy or that flies too fast could injure an astronaut or damage equipment by accident. “You want it to have enough thrust that it can actually move around a reasonable sized payload, and yet not be so powerful that it would break a window if we ran into it,” says Bualat. The design they came up with is padded on the corners and powered by impeller fans that lightly pressurize the cube, allowing it to navigate the space station by releasing little puffs of air out of two nozzles located on each of its sides.

“Because every face has those nozzles, it can move in any direction, and it can rotate around any axis,” says Bualat. That gives it more flexibility in its movements, but Astrobee does have a preferred face—one side is equipped with an HD camera for video streaming, as well as a navigational camera and a depth camera to help it get around.

The Astrobee was conceived as the next generation of the three SPHERES, free-flying robots that have to be monitored at all times by astronauts. The technology in the SPHERES is more than a decade old, Bualat says, and any smartphone today has more sophisticated capabilities. In fact, when coming up with the idea for the Astrobees, “we did a proof-of-concept where we basically stuck a smartphone on the SPHERE,” she says.

Robots like the Astrobees could potentially shift the dynamics of space exploration by giving their human companions more time. Astronauts are busy people: back in the 1970s, a crew on the predecessor to the ISS infamously refused to work for a day in protest of their over-booked schedules.

Although today’s space program is a far cry from that of the militaristic Space Age, simple tasks like cleaning, preparing food, and conducting experiments take up a lot of astronaut time. “It’s very hard to get people into space and keep them alive and healthy and working,” says University of Colorado space robotic engineer Jay McMahon, who was not involved with the Astrobees project. “To really expand space exploration, we’re going to need to count on robots to do a lot of these types of activities.”

However, the Astrobees aren’t ready to clean toilets or look for missing equipment anytime soon. Once they’ve gone through basic testing and astronauts have fully mapped out the spaces where they’re going to fly, the robots will join the crew of the ISS as test subjects for algorithms and hardware that might make them useful later on. For instance, a team from Stanford will be trying out a sticky hand (modelled after a gecko) that will help the Astrobees grab onto handrails to get around, while the Naval Postgraduate School is working on software to help the robot astronauts navigate better.

But all that’s in the future. Next up: Bumble’s first solo flight is scheduled for June 6.