A preliminary study shows that the J&J vaccine doesn't seem to produce as many antibodies in recipients as the mRNA options. 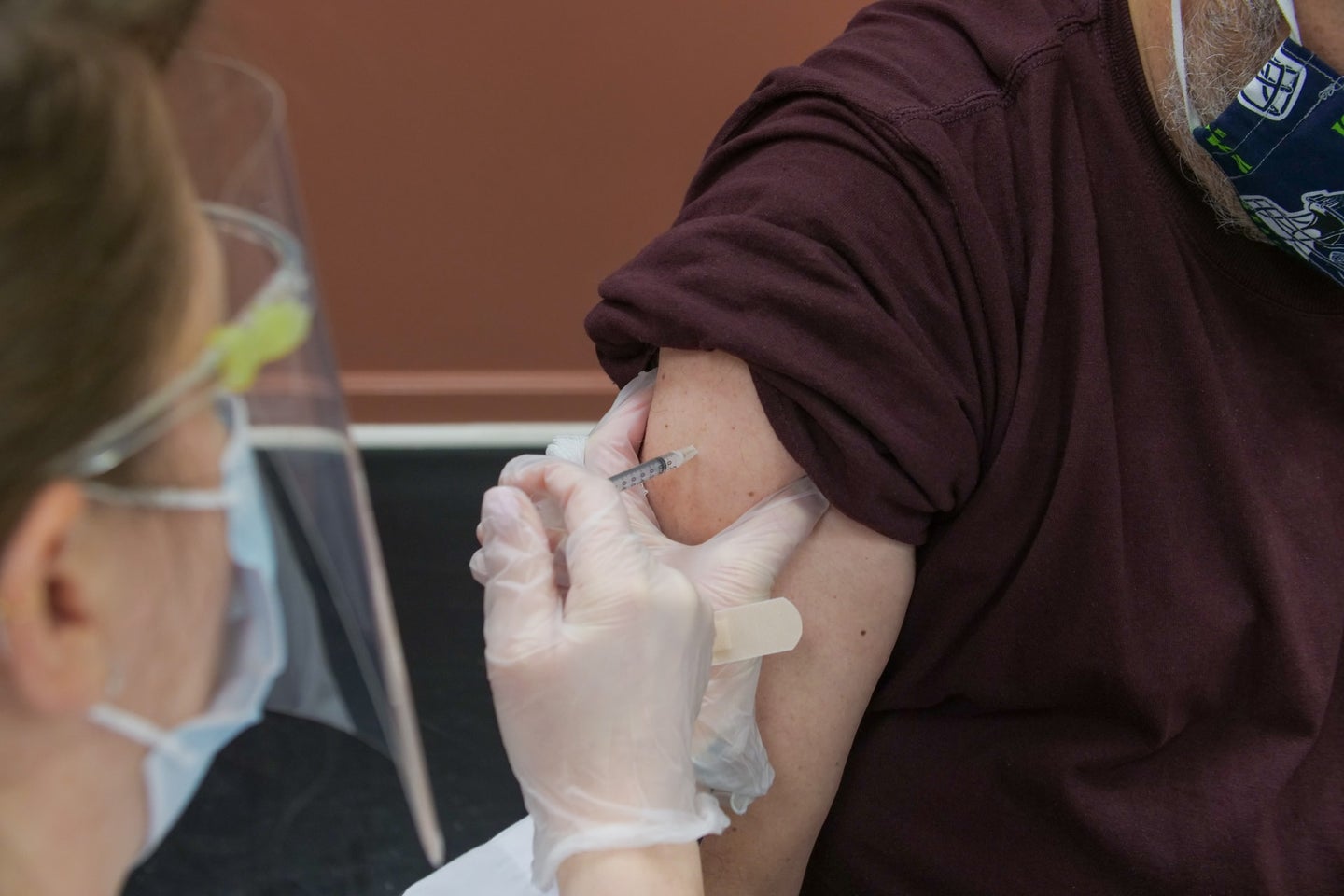 The US Food and Drug administration has not approved booster shots for any vaccine regimen. Steven Cornfield/Unsplash
SHARE

A new study shows that Johnson & Johnson’s Janssen vaccine is much less effective than its Moderna or Pfizer counterparts at producing virus-neutralizing antibodies against the COVID-19 Delta variant, the most contagious variant yet that is now responsible for 83 percent of all new sequenced cases in the US.

The laboratory study, published without peer review in bioRxiv, compared blood samples from 17 individuals who received two doses of an mRNA vaccine and from 10 individuals who received the one-shot J&J jab. The results showed that both mRNA vaccines were significantly better at neutralizing the Delta variant than J&J’s Janssen vaccine—but the findings may not be reflective of the real-world efficacy or immunity offered by the Janssen shot.

The study authors write that people could possibly improve their immunity “by boosting with a second immunization [of Johnson & Johnson] or by a heterologous boost with one of the mRNA vaccines.” However, US federal health agencies have not yet approved booster shots for any of the vaccines.

The Food and Drug Administration says, “Americans who have been fully vaccinated do not need a booster shot at this time,” according to The New York Times, a recommendation that probably won’t change based on lab data alone. But leader of the new study, Nathaniel Landau, a virologist at NYU’s Grossman School of Medicine, thinks that the new data should be enough for the FDA to reconsider. He told The Times, “I hope that they read our paper and think about it.”

There are existing studies that show the J&J shot may be more effective as a two-dose vaccine. One study published in March showed that a booster shot 57 days out from the initial dose amplified the presence of antibodies. Another study from May showed that a second dose upped antibody presence by 2.6 to 2.9 times.

Other studies suggest that mixing and matching vaccination types could be more effective in bolstering immune protection against COVID-19, but this also has not received federal approval.

In smaller studies of its own, Johnson & Johnson has said that its single-dose vaccine is effective against Delta, even eight months out from vaccination. In response to this new bioRxiv study, a spokesperson from the company told Bloomberg that “the data do not speak to the full nature of immune protection” from the shot, and that the study didn’t consider long-lasting responses among immune cells stimulated by its vaccine.

The Janssen vaccine has had a tough rollout, marked with controversy over the extremely uncommon side effect of blood clots and a possible link to a rare neurological disorder. That said, federal health agencies and experts worldwide still agree that the J&J shot is still a safe and effective means of protection against SARS-CoV-2.

“The message that we wanted to give was not that people shouldn’t get the J&J vaccine,” Landau told The Times, “but we hope that in the future, it will be boosted with either another dose of J&J or a boost with Pfizer or Moderna.”

Out of more than 161 million people who are fully vaccinated in the US, about 13 million have received the single-dose Janssen shot. But the vaccination rate has been hovering around 48 percent of the population (and about 60 percent of adults) for some time now. Government officials urge any unvaccinated folks to hurry up and get their shots—most deaths and hospitalizations for COVID-19 these days are in unvaccinated populations, regardless of variant.

Correction July 22, 2021: This article has been edited to clarify the nature of the study.