Despite surging Delta variant, a national vaccine mandate is unlikely 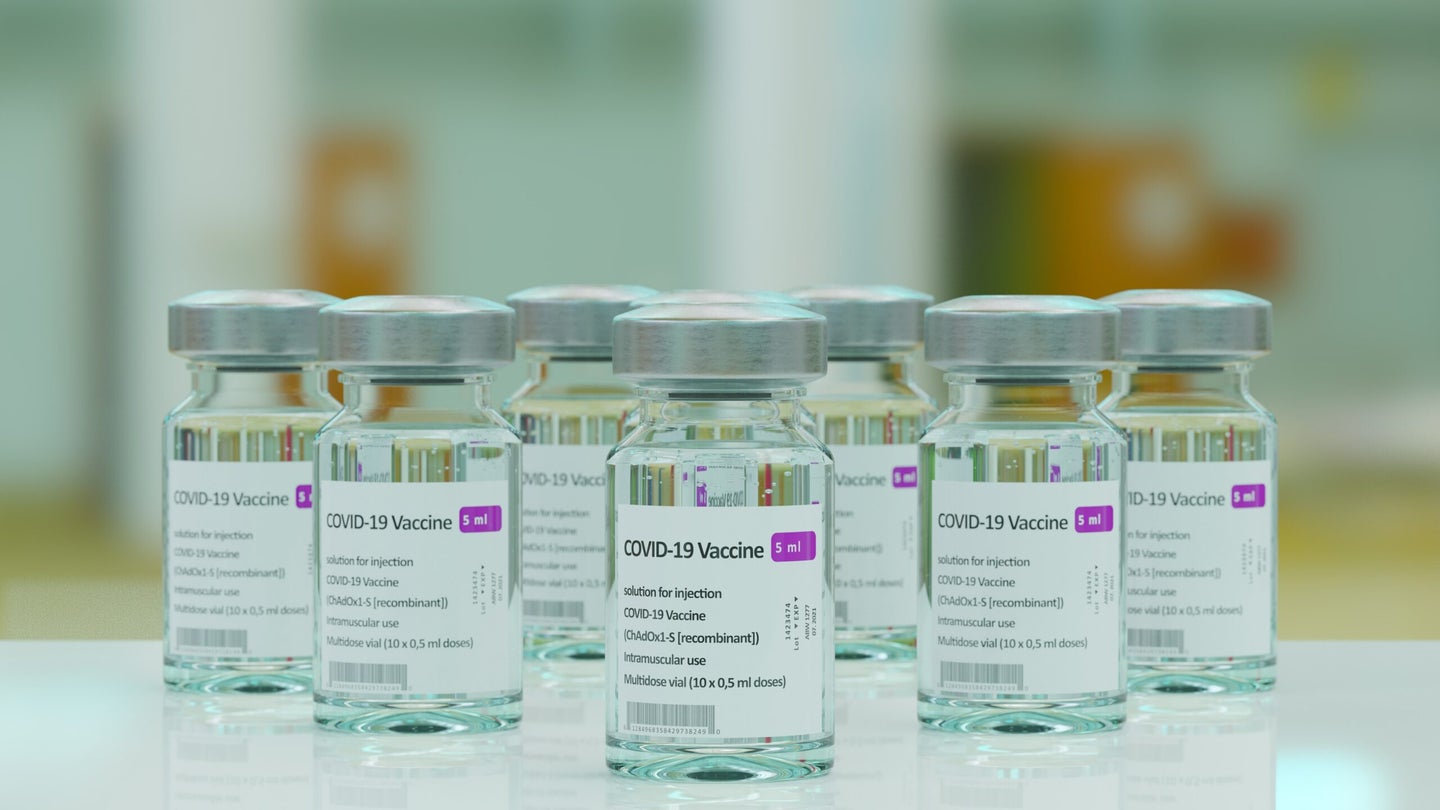 Amidst a new wave of COVID-19 cases in the US, vaccines are unlikely to be mandated until they receive full FDA approval. Brano/Unsplash
SHARE

As we head into the final month of summer, the tail end of the pandemic is still bringing us new surprises. Cases continue to climb nationwide but vaccine mandates are unlikely until full FDA approval is granted. Pet cats are more susceptible to the virus than pet dogs, according to a recent study. And a new analysis of UK data highlights the importance of vaccines to fight the Delta variant, while another analysis reveals that millions of children have lost at least one caregiver during the course of the pandemic. Here’s what’s new this week.

Latest wave shows no signs of slowing down

COVID-19 case counts have increased four-fold nationwide for the past month. Florida, in particular, is contributing to the trend; hospitalizations in the state have increased 65 percent and a fifth of all national cases have materialized there over the past two weeks.

The resurgence of cases is likely due to the dominant circulation of the highly infectious Delta variant, coupled with slowing vaccination rates. The vast majority of deaths in the latest wave are among unvaccinated people, an emerging trend that is further supported by recent data out of Texas. Between February 8 and July 14, only 43 of the 8,787 reported deaths in the state—0.5 percent—were vaccinated people, according to The Texas Tribune. Of those 43 people, 95 percent were 60 or older.

Amid this new, emerging wave, public health officials are continuing efforts to encourage vaccinations. Los Angeles County in California, for example, has reported an average of 2,300 cases per day over the past week, with 716 active hospitalizations on Sunday compared to 528 six days prior. The county reinstated its mask mandate last week, and community officials are offering gift card incentives to individuals who show up to receive a vaccine dose.

“More mitigation is coming. Whether it’s masking, or whether it’s closures or whether it’s your kids having to return to virtual learning, that is coming,” Jerome Adams, the Trump administration’s surgeon general, said to CBS’ Face the Nation on Sunday. Adams urged vaccination for Americans resistant to mask mandates and remote learning, stating the pandemic is “spiraling out of control because we don’t have enough people vaccinated.” Just over 49 percent of Americans are fully vaccinated as of this weekend.

Despite declining rates, vaccines will not be federally mandated

The implementation of a vaccine mandate is not the role of the federal government, said White House Press Secretary Jen Psaki on Friday. She said that mandates should be left up to private sector entities, local communities and independent institutions, though added the Biden administration will continue to advocate for vaccinations and strive to make vaccines accessible to every American that seeks one.

The statement comes amidst a national debate about how to convince the unvaccinated to get their shots. New York City mayor Bill DeBlasio called on businesses to require vaccinations for employees, and has considered implementing a vaccination requirement for indoor activities. The city announced on Monday morning that all city workers will be required to be fully vaccinated or undergo weekly testing beginning in September.

Various hospital systems and schools, as well as the city of San Francisco have announced some form of a vaccine mandate for employees. The National Football League recently announced new penalties for unvaccinated players, but will not explicitly mandate vaccination.

Sweeping mandates are likely to become more common after the three vaccines available in the US are fully approved by the FDA, several health experts have said. Currently, the Moderna, Pfizer, and Johnson & Johnson vaccines have only been granted provisional emergency use approval. Moderna and Pfizer have already applied for full approval, but the entire process may take months.

Cats are more likely to contract the virus than dogs

Cats are more likely to have antibodies to the coronavirus than dogs, signaling previous infection, according to a new study published in the journal Virulence. The University of Minnesota researchers surveyed pet cats and dogs from households in the state, testing for COVID-19 antibodies in blood samples taken between April and June of last year. The study found that eight percent of cats had antibodies in their blood, compared to one percent of dogs, as evaluated from a pool of 239 pet cats and 510 pet dogs. The reason for the disparity between the two groups remains a mystery and since the serum samples were collected anonymously, the study couldn’t trace whether the infection came from humans or other animals.

Although cats appear to contract COVID-19 more frequently than their canine counterparts, their symptoms tend to be mild. The researchers recommend avoiding cuddles with pets if you become infected with the virus, though, just to be safe. There is no evidence yet to suggest that infected cats or dogs can in turn infect humans, Jonathan Runstadler, a virologist at the Cummings School of Veterinary Medicine at Tufts University who was not involved in the study, told the New York Times.

In other cat-related news, a snow leopard at the San Diego Zoo has contracted COVID-19. The big cat, named Ramil, had a cough and a runny nose late last week, and tested positive for the coronavirus on Friday. The zoo has made use of an experimental vaccine for animals after an outbreak amongst its gorilla population, but Ramil had yet to be vaccinated and the source of his infection remains unclear.

Vaccines available in UK are less effective against Delta variant

The two vaccines available in the UK, Pfizer-BioNTech and Novavax, are slightly less effective against the Delta variant than the previously dominant Alpha variant, according to an analysis published last week in the New England Journal of Medicine. The researchers compiled thousands of records on UK vaccination and case data from late March of this year until mid-May, corresponding with the beginning of Delta’s spread.

[Related: The J&J vaccine may be less effective against the Delta variant than we hoped]

The researchers found single doses of either vaccine were much less effective against symptomatic disease caused by the Delta variant than the Alpha, at 30.7 percent and 48.7 percent effective, respectively. With two doses, however, effectiveness against both variants skyrockets.

In the study, Pfizer-BioNTech’s two-dose vaccine demonstrated 93.7 percent efficacy against the Alpha variant and 88 percent against the Delta variant, while the Novavax vaccine showed 74.5 percent and 67 percent efficacy against symptomatic disease from Alpha and Delta respectively. The study highlights the importance of vaccines for slowing the spread of the Delta variant.

Millions of children have lost a caregiver to COVID-19

An estimated 1.5 million children worldwide have lost a primary or secondary caregiver in the pandemic, according to an analysis published in The Lancet last week. Researchers compiled 14 months of excess mortality data from 21 countries responsible for 77 percent of global COVID deaths, collected between March 1 of last year and April 31 of this year.

The study estimates that 1.13 million children lost a parent or custodial grandparent to a COVID-19-related death, and 1.04 million children lost one or both parents. The study also found that for each of the 21 countries surveyed, the number of deaths was higher amongst men than women, such that the number of children who lost a father was five times greater than those who lost a mother.

“We know from our research that loss of a parent or caregiver can upend children’s lives and potentially affect their development if they are not in a stable home setting,” said Chuck A. Nelson, III, one of the study’s authors, in a statement from the National Institutes of Health. “If we take into consideration variants of concern or possible severity of illness among youth, we must not forget that the pandemic continues to pose a threat to parents and caregivers – and their children.”