To support breast cancer research, skip pink ribbons and check out these charities

Spend your dollars on research that might actually save lives. 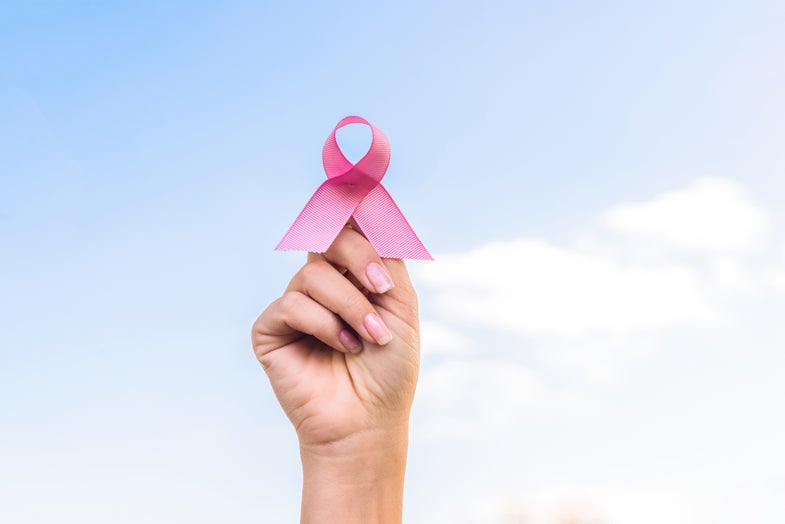 Our grocery stores are drowning in orange and pink. It’s the annual October battle between Halloween and breast cancer awareness month, and despite a deeply American love of all things spooky, the pink ribbons are winning.

If you look closer at the endless sea of pink, you’ll see one charity repeated more than all the rest: Susan G. Komen. The organization is nearly ubiquitous, and that name recognition might make you think of them if you want to support breast cancer research. But take a moment before you hand over your money in a virtue-fueled shopping spree, and ask where your cash is actually going.

Susan G. Komen, of all the laudable organizations out there, is not the most shining example of charitable work. It isn’t even the most reputable breast cancer charity with “Susan” in its name. And yet the ribbon-churning pinkwashing machine that is Komen continues to convince women to buy and march and then buy some more. If these emblems were on products even tangentially related to breast cancer, or even to women generally, the endless fundraising might be more appropriate. Instead, the Komen branding has gone on everything from Ford Mustangs to baseball bats to buckets of KFC chicken, that last item being particularly egregious given that obesity is a major risk factor for breast cancer.

In addition to painting pink many items that aren’t exactly helpful to breast cancer, their indiscriminate branding also tends to gloss over how much of your money actually gets donated to research. American Express once ran a Komen-partnered campaign that claimed “every dollar counts,” even though no matter how much customers spent they donated exactly one penny per transaction. Many pink products, in fact, either send a tiny fraction of the proceeds to charity or send none at all. Plenty of corporate sponsors have already committed to a donation size, regardless of how many branded products they sell. In those cases, the money you’re spending is going straight back to the manufacturers, not directly to research or care. That’s not to say you should never buy anything pink, but thinking critically might help you make more of an impact. Breast Cancer Action has a handy set of questions to ask yourself as you stand in the endless ocean of ribbons.

Between the multitude of corporate sponsors they’ve partnered with and the many personal donations from men and women alike, Susan G. Komen raises hundreds of millions of dollars a year, only about 20 percent of which supports research. That’s added up to a substantial amount over the years, and certainly Komen has helped to fund plenty of worthwhile research. But with a budget as large as theirs, they could do so much more. In their defense, Komen has said that a major part of their mission is to educate the public about breast cancer, which they spend about 40 percent of the budget on, even though it is arguably one of the most well-recognized forms of cancer (or even diseases, bar none) at this point.

Komen also actively prevented any other cancer charity for using the term “for the cure,” and have so far sued over a hundred small charities who would probably have preferred to use their funds to support cancer research instead of defending themselves in court. Komen has said that they’re simply defending their trademark. That may be true, and they may have every legal right to do so, but one might expect a charitable organization to be a little more, well, charitable.

But perhaps the worst offense Komen commits is not its troubling financial decisions or its overzealous defense of a generic, well-intentioned phrase. It’s their steadfast insistence on promoting mammograms as The Solution (™) to breast cancer. They were called out by experts in the British Medical Journal for spreading a highly misleading statistic that claimed women who got mammograms were vastly more likely to survive their cancer than women who did not. When Komen was originally founded in the 1980s, mammograms were touted as being the best tool to help women find tumors earlier and therefore to save lives. But we now know that that’s not true.

Women who get mammograms in their 40s and 50s decrease their chance of dying from breast cancer by tiny fractions of a percent. What’s worse is that for every one women in 2,000 whose life is prolonged by early detection, 10 women are overdiagnosed who are otherwise healthy.

The problem with mammograms is that they detect a lot of potentially problematic spots that might never actually become problems. Some cancers are so slow-growing that old age will kill you first, others might not grow at all, and still more might go away on their own. Detecting these “cancers” early just means that women go through surgery and radiation potentially for nothing, receiving plenty of negative—even life-threatening—side effects from a treatment that they never needed.

And yet despite all the evidence, Susan G. Komen continues to spend many millions of dollars spreading the word that women need to be getting mammograms early and often. They’ve funneled a disproportionate amount of their effort into raising awareness about detection, despite the fact that most breast cancer deaths aren’t from tumors in the breast at all. Early stage breast cancer is highly survivable. It’s the metastatic recurrences that kill people. And finding the lump three years earlier isn’t what could save you—it’s the treatments for recurrences that researchers are desperately trying to develop, and who could use more funding.

All of this is just to say that your money is valuable, and it should go to a charity that’s going to do some good with it. As a high profile disease, breast cancer has plenty of organizations that you can support in good conscience. Here are just a few:

BCRF supports research worldwide focused on developing new treatments, understanding metastatic breast cancer, and figuring out what causes it in the first place. They donate 88 percent of their revenue to research and are the highest rated breast cancer charity in the country.

The other, less well known Susan. Founded by a (now-retired) surgeon and professor, the Dr. Susan Love Research Foundation sends 82 percent of its income to supporting research on metastatic disease, understanding how lifestyle factors influence risk, and helping the men and women with breast cancer to live as comfortably as possible.

Though it’s less of a research foundation, LBBC supports those who have metastatic disease and help patients understand their cancer better. They especially focus on serving minorities and other groups who might feel marginalized, like men with breast cancer and LGBT people.

It might seem odd to have a state-specific organization in here, but the CBCRP has given hundreds of millions of dollars to fund research on the fundamental biology of breast cancer, new treatments, and how to effectively prevent cancer in the first place. An astounding 95 percent of their revenue goes to research.