Chemotherapy is brutal, but crucial. 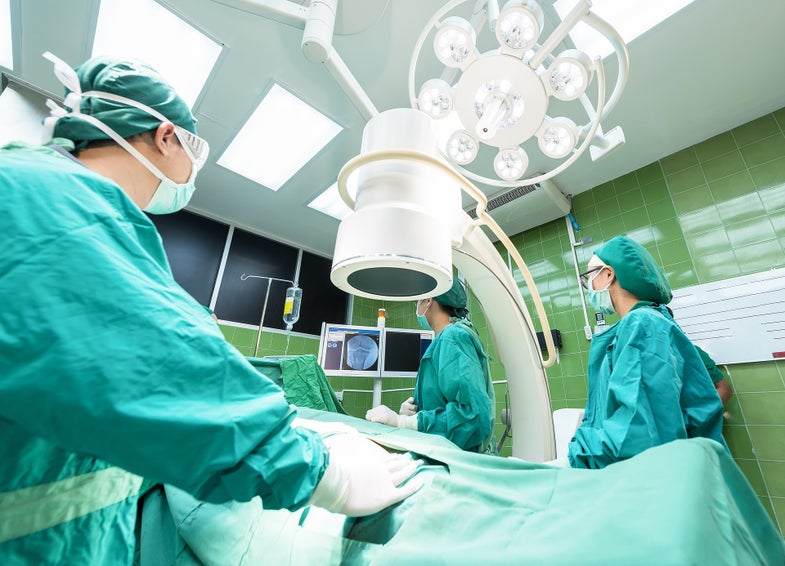 There’s a decent chance you’ll get some kind of cancer at some point. If you’re a man, your odds are one in two. If you’re a woman, one in three. Your risk of dying from cancer is only slightly lower: one in four and one in five, respectively.

This is a scary thought. A cancer diagnosis often means intense, brutal therapies are on the horizon. That’s a tough forecast for even the least hospital-averse people, so it’s not surprising that many look for other options. Could a juice cleanse purge the body of harmful toxins and starve cancer cells? Perhaps you’ve heard anecdotes about a friend-of-a-friend outliving her prognosis using only acupuncture. Faced with the reality of chemotherapy—spending hours pumping actual poison into your veins—that special anti-cancer diet you’ve read about online might start to look downright logical.

But while mainstream cancer treatment has a long way to go, the fact remains that it’s far more effective than any “natural” solution. You are more than twice as likely to die from your cancer if you choose alternative medicine. If you have breast or colorectal cancer, you’re more than five times as likely to die.

Those numbers come out of a study in the Journal of the National Cancer Institute, in which Yale radiologists examined the mortality rates of people who chose conventional treatment or alternative therapy. The main caveat here is that these dire outcomes are only for people who refused modern medicine entirely, not patients who supplemented their chemotherapy with complementary alternative treatments.

Lots of these natural treatments are based around the same principles: just be healthy. Eat fruits and vegetables and consume plenty of vitamins. Breathe more oxygen. Cleanse your body of ambiguous toxins. The better peddlers will cite Nobel Prize winning biologists talking about key characteristics of cancer cells (and avoid mentioning the part where those scientists contributed to advancing chemotherapies).

The trap here is that we’re used to thinking of health as a holistic thing, because it generally is. Exercise makes you feel better, and so does eating a balanced diet. Consuming lots of sugar does the opposite. So why can’t we fight cancer by putting good stuff in and keeping bad stuff out?

Cancer isn’t a foreign invader to be uprooted, like a virus, or a dysfunction that can be fixed, like heart disease. It’s a fundamental error in DNA that causes a person’s own cells to grow out of control. Cancer isn’t trying to kill, it’s just trying to multiply. And because cancerous cells look a lot like normal ones, the body is unlikely to recognize the problem—even as a tumor shuts down organ function.

Conventional therapies are harsh, but effective

The fuzzy line between normal and cancerous cells is why treatments as toxic as chemotherapy or radiation are key to survival. The enemy is hidden in a crowd of healthy cells, and many of the unpleasant side effects of those treatments are essentially collateral damage. Normal cells are subject to friendly fire.

Both therapies work by killing cells that divide rapidly, like cancer cells. Most cells divide more slowly, and so aren’t affected much. But some areas—like hair follicles, the digestive tract, skin, and bone marrow—are constantly regenerating. That means they have rapidly multiplying cells, which makes them susceptible to cancer therapies. Those areas are consequently subject to the most familiar chemo side effects: hair loss, digestive problems, dry or itchy skin, and immunodeficiency (since immune cells are made inside bone marrow).

No one will argue that cancer therapies are the best they could be. They’re harsh, invasive chemicals designed to kill a patient’s own cells. If they weren’t, they wouldn’t work so well.

Most of us want to live a longer, healthier life than a cancer diagnosis often dictates. Even Apple founder Steve Jobs opted to try alternative therapy to cure his (highly treatable) form of pancreatic cancer. Had he undergone surgery sooner, he might have lived. The longer you wait—the more alternative options you spend months exploring—the more you allow your cancer cells to divide and mutate. You’re handing your enemy an advantage.

More people than ever are living with cancer, and while that may sound like a negative, consider this: they’re living with cancer because modern medicine is keeping them from dying from cancer. Science is making slow, but steady progress in fighting this disease, but it’s all to no avail if people choose other options. Choose medicine; choose life.