How menopause evolved—and what it means for us 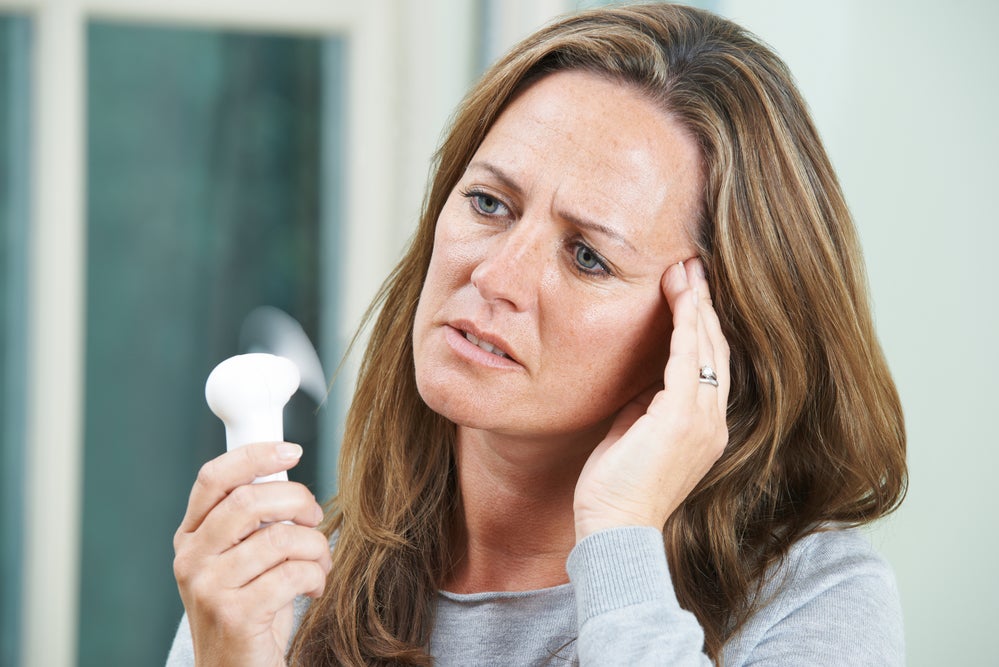 The following is an excerpt from The Slow Moon Climbs: The Science, History and Meaning of Menopause by Susan P. Mattern.

Today, most women I know think of menopause as a medical problem, to be endured stoically or managed with drugs. Thousands of books offering medical advice on menopause are available, their prescriptions confusing and conflicting at best, and sometimes downright misleading. This book is not one of them. Menopause only became a subject of medical interest in Europe in the eighteenth century, and its place in modern medicine rests on that recent foundation. For most of human history, people have seen menopause for what, as I argue, it really is: a developmental transition to an important stage of life; not a problem, but a solution. For the most part, they have had no word for menopause and have not paid too much attention to the end of menstruation, instead recognizing midlife as a transition to the status of elder, grandmother, or mother-in-law. A great deal of scientific research has tried to solve the puzzle of menopause: Why do women stop reproducing in midlife when it seems obvious that natural selection should have favored those who continued to have children? The explanations that this research has produced are ingenious and fascinating, but mostly inaccessible to the public, and they have had little impact on the popular understanding of menopause— or on that of the medical community, for that matter.

So how did menopause evolve? It emerged and endured in a context of sharing and cooperation—and in this context, it was very useful. The ways in which it proved adaptive might be hard to model mathematically or trace with survivorship studies or by other means, but this does not bother me too much: nature has done the math for us. By helping their daughters to reproduce, grandmothers were part of a system that allowed humans to compress 50 years of reproductive life into half that time, and this factor has helped maintain the balance point of fertility’s end in our 40s, rather than selecting for late-life reproduction in women, which would surely have happened otherwise.

Among humans, because children remain dependent for a long time and are born in rapid succession, the ratio of adults to children in any residential band of foragers is a matter of critical importance to the group’s survival. If families with many small children run caloric deficits, too many dependent children can put the whole group in caloric deficit. Groups can be rebalanced by exchanging members, but a family with many dependent children and few adults might not be welcome in any group. In such conditions, longer weaning periods and much greater spacing between births might be advantageous, and ecology does influence these factors: the !Kung, who inhabit an environment that barely supports them, have longer birth intervals and fewer children than foragers in environments with more abundant food (although a direct relationship between these factors is hard to prove). But in general, it is a distinctive feature of humans that birth intervals are shorter than those of our nearest relatives; women are more fertile in youth, a quality that has allowed for rapid expansion of the population in favorable environments.

In this situation, it is easy to imagine how a woman who stops reproducing in midlife might not have much of a fitness disadvantage over one who keeps bearing children. A woman who kept reproducing throughout her lifespan would produce competitors to her other children and grandchildren for the share of food brought in by adults, while her own productivity would be lower as long as she was nursing infants. Her family would remain in caloric deficit for a much longer time, probably until the end of her life. Older children might help raise her young ones—siblings provide childcare in many forager societies today—but soon after they were able to feed themselves they would start producing dependent children of their own. The group might struggle to provide for her children and for the other children in the camp, and this family would not be able to provide for itself without the group.

One solution might be to delay or suppress reproduction in some of the woman’s adult daughters, who could then help raise their younger siblings; nature has selected for this solution in several species. It works because in sexually reproducing species, we are about as related to our full siblings (if both parents are the same) as we would be to our own children—in each case, we share half our genes. In some circumstances, then, if reproductive success is unlikely, it can be advantageous to stay with a parent and be a “helper at the nest,” as zoologists call this behavior (after a famous 1935 article by Alexander Skutch), Among meerkats, African wild dogs, and some other animals, this type of “cooperative breeding” is obligate (these animals can’t reproduce successfully without it) and reproduction is restricted to a few female “alphas.” Naked mole rats are an extreme example—colonies of these underground rodents have reproductive “queens” that commandeer the labor of the rest of the colony, like queen bees.

But in humans, reproduction is suppressed in older women rather than in younger ones. Why? Some researchers have proposed that this is because residential patterns among humans are male-patrophilic or “virilocal”—the wife lives with the husband’s family after marriage—so that older women are more related to the others in their group than are younger women, with the result that kin selection works more powerfully through them. Although I agree with these researchers that the effects of competition for resources were probably critical to the evolution of menopause in humans, I am not sure that a virilocal marriage pattern can explain why nature has mainly selected for repressed reproduction in older women. Modern foragers are not especially virilocal. Alternatively, it may be possible to press the logic of the Embodied Capital Hypothesis into service here: because skill and experience are so important to human subsistence strategies and because foragers tend to become more efficient through late middle age, older women, rather than their daughters, could be more helpful to their kin when freed from the burdens of reproduction. Finally, it is likely that the selection pressures on humans are different from those that led to cooperative breeding in other species. Among other animals, according to the most influential theory, cooperative breeding arises when there is not enough habitat for offspring to occupy; chances of reproducing on one’s own are small, so offspring stay behind and help their siblings (“delayed dispersal”). In humans, cooperative breeding seems less a response to ecological constraints; rather it is part of a system that also includes long periods of dependency for children and a social organization in which groups share food and labor. However, even among other animals, there are cases in which delayed dispersal does not explain cooperative breeding, and yet it is still more normal for daughters to suppress reproduction than for mothers to do so.

I am not sure we understand why it is older women, rather than younger ones, who suppress reproduction. But we are lucky that it turned out the way it did, because the human solution, menopause, is much more humane and fair than the alternative in which young animals delay or forgo childbirth. In our species, post-reproductive helpers for the most part have already reproduced, and indeed have probably given birth to all the children they care to have. In other species, dominant females may brutally murder the offspring of wayward subordinates, subordinates may plot violence against their oppressors, and “helpers” may cheat whenever they get the chance. But in humans, the transition to post-reproductive life and grandmotherhood does not cause these types of conflict.

Menopause is part of a life cycle and reproductive strategy that is unique to humans and that may well account for our successful colonization of almost all parts of the Earth. Because women have a long “post-reproductive life stage,” humans are able to combine qualities that don’t usually go together—fast reproduction and intensive investment in offspring; rapid population growth and a large role for experience and technology. Because of a life cycle and reproductive strategy that included menopause, human populations could explode across a landscape in favorable circumstances, but also limit the number of dependent children competing for resources and maximize the number of adult providers to young consumers. Menopause is part and parcel of an extraordinary ability to cooperate that has been critical to humans’ success in the past and seems likely to be critical to our future as well.

Excerpted from THE SLOW MOON CLIMBS: The Science, History and Meaning of Menopause by Susan P. Mattern. Copyright © 2019 by Princeton University Press. Reprinted by permission.