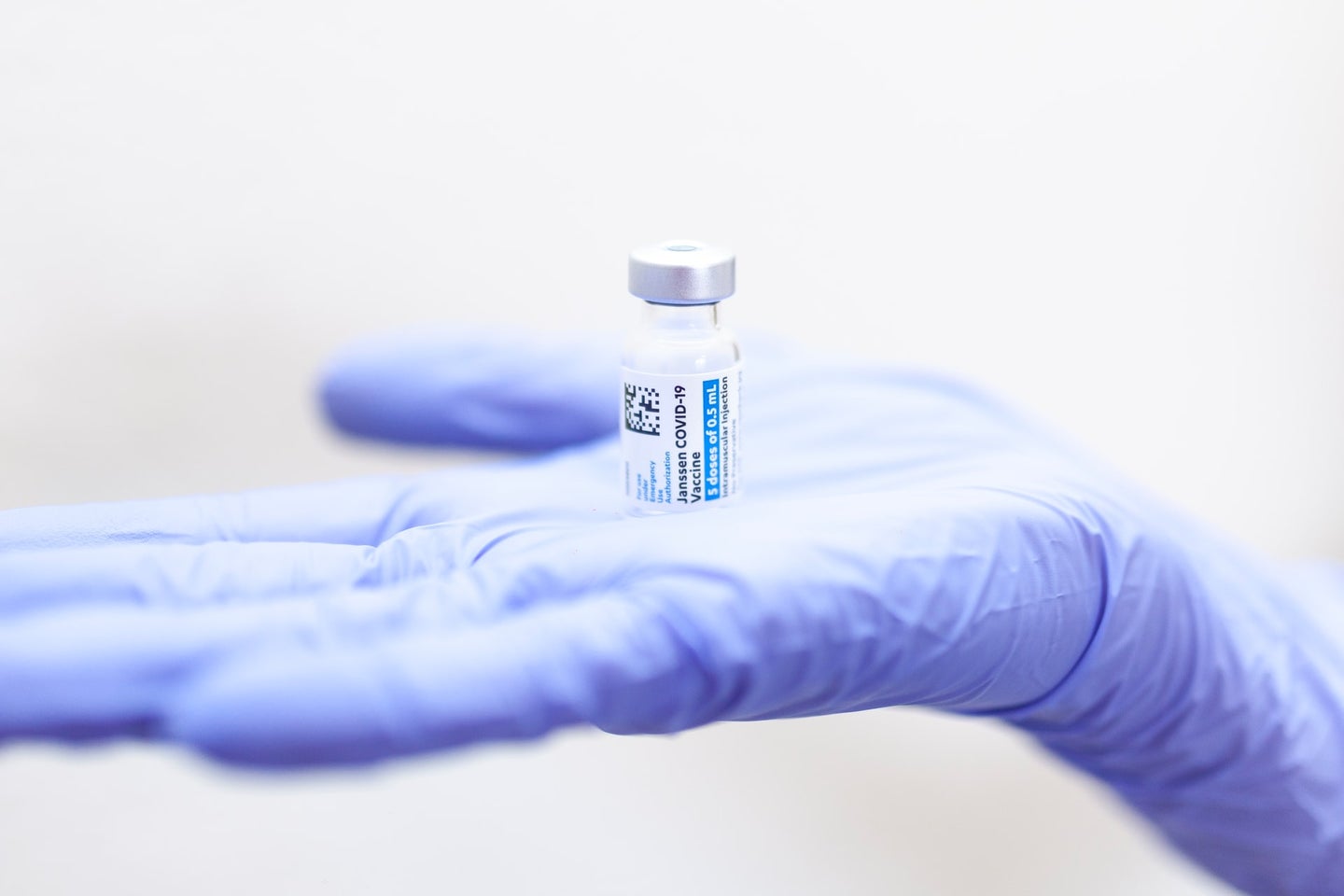 The FDA issued a warning about a newly discovered risk associated with J&J's vaccine, but said getting the jab still outweighed the potential side effects. Mohammad Shahhosseini/Unsplash
SHARE

The US Food and Drug Administration (FDA) has announced a new potential risk associated with Johnson & Johnson’s Janssen COVID-19 vaccine. Out of about 12.7 million recipients of the J&J jab, there have been 100 reports of Guillain-Barré Syndrome, a rare but serious neurological condition that causes numbness and can lead to paralysis. While the agency has updated its fact sheet to include warnings about this potential side effect, it still says the benefits of the vaccine outweigh the risks.

While developing Guillain-Barré Syndrome is exceedingly rare, those risks after receiving the J&J vaccine seem to be three to five times higher than in the general population, according to reporting by The New York Times. The condition can also be quite serious. Out of the 100 known reports in the US, there have been 95 hospitalizations and one fatality. Cases were reported mostly in men aged 50 and older, about two weeks post-vaccination.

[Related: What you need to know about heart inflammation and COVID-19 vaccines]

Guillain-Barré Syndrome is a rare neurological disorder that occurs when the immune system mistakenly attacks the peripheral nervous system. Immune cells attack the body’s network of nerve cells, causing muscle weakness, numbness, coordination problems, and even paralysis. Most people fully recover from their symptoms, even in severe cases, but some are left with permanent nerve damage and some degree of weakness.

The cause of the syndrome is unknown, and there is no cure—though there are treatments that can reduce the severity of disease. According to the US Centers for Disease Control and Prevention (CDC), an estimated 3,000 to 6,000 people develop Guillain-Barré Syndrome in the US every year.

While it seems that there’s an association between the Janssen vaccine and an elevated risk for the syndrome, the FDA said in a statement that “it is insufficient to establish a causal relationship,” and that the agency will continue to investigate the potential risks, according to The Times. People who have been infected with COVID-19 have also developed Guillain-Barré.

The J&J COVID-19 vaccine is not the first to be associated with this syndrome. A swine flu vaccine from 1976 was associated with increased risk for Guillain-Barré, and the syndrome’s link to seasonal influenza vaccines seems to vary year to year. But research also suggests that people are even more likely to develop Guillain-Barré Syndrome after getting the flu than after vaccination, according to the CDC.

US health officials previously halted the use of the Janssen vaccine in April, after several women developed rare blood clots following vaccination. Federal agencies are not recommending a pause of the J&J rollout this time, and say that the benefits of protection against COVID-19 outweigh any risks of side effects. Johnson & Johnson has confirmed that their vaccine is effective even against the Delta variant, which is spreading rapidly, especially in unvaccinated communities.

[Related: All three US COVID vaccines protect against the Delta variant]

Despite this scare, experts agree that vaccination is still the safest route for surviving the pandemic. Steven Black, a pediatrician at Cincinnati Children’s Hospital Medical Center and the co-director of the Global Vaccine Data Network, a consortium that researches the safety of vaccines, told The Times that “for people trying to make a rational decision, this should not influence their decision to get vaccinated.”