Can you really die from a broken heart?

Extreme emotional distress can cause the heart muscles to weaken. 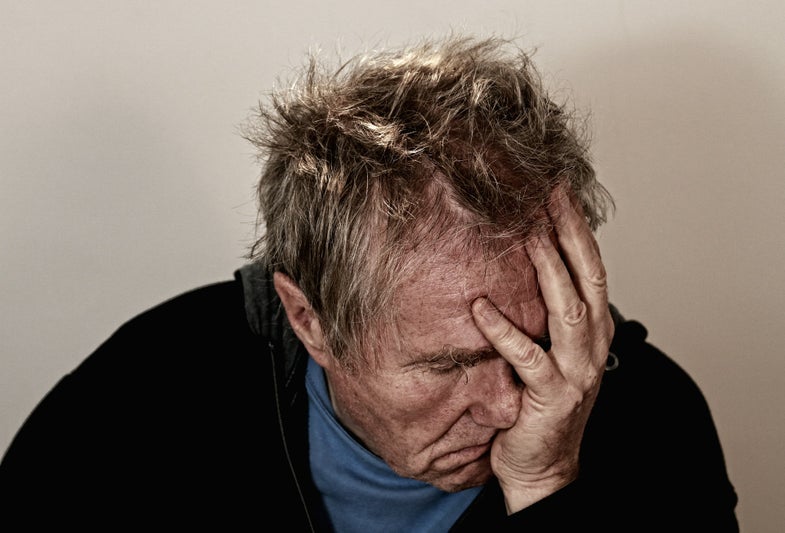 When someone loses a loved one or endures a terrible loss, people might say they have a broken heart. But that’s a figure of speech, of course, typically meant to describe the mental pain associated with losing someone extremely close to you. But a proverbial broken heart can cause physical symptoms, too. And sometimes, in rare cases, those physiological changes—often accompanied by other underlying conditions—can be life threatening.

A number of high-profile examples over the years have hinted at this: The most recent is Debbie Reynolds, who passed away last December just a few days after her daughter, fellow actress Carrie Fisher, died suddenly of a heart attack. According to The New England Journal of Medicine, researchers may have found another case in Texas: a study published this week describes a woman whose heart disease could be connected to the loss of her cherished pet.

This phenomenon is still not completely understood. But potential cases come up often enough for the condition to earn a name: Takotsubo syndrome, or Takotsubo cardiomyopathy. Literally translated from Japanese as “octopus trap,” the name references the way in which the problem develops. In a classic heart attack, a clot forms (typically from plaque) within a person’s blood vessels. This restricts blood flow, with its life-sustaining oxygen, to the heart. But in the case of Takotsubo syndrome, what appears to be a massive heart attack comes without any identifiable clot to cause it.

Symptoms of Takotsubo mimic a normal heart attack. The patient often complains of shortness of breath, has dangerously high blood pressure, and experiences chest pain. But instead of a clot, weakened heart muscles are to blame. The many clinical case reports and studies on Takotsubo syndrome suggest that this condition almost always presents in individuals who have experienced some sort of intense trauma or extreme emotional hardship—losing a loved one, especially a spouse or a child.

An oft-cited 2005 study, also in the New England Journal of Medicine (which reviewed 19 cases of the condition, 18 of which were in women) as well as a few other smaller studies, suggest that the cause of the syndrome is likely rooted in a hormonal response to extreme stress. When someone undergoes a particularly traumatic event, the body often releases a flood of stress hormones into the bloodstream. The stress hormones themselves can cause muscles in the heart to become weak. If you looked at the heart, it would almost seem like it was being squeezed or held tightly at the bottom, forcing the top half to balloon out. The effect is similar to a trap often used to catch octopus, hence the condition’s name.

While Takotsubo syndrome can strike anyone at any age who is experiencing severe emotional distress or trauma, it’s rarely fatal. In most cases, the person recovers in a number of weeks and has few lingering effects. But in certain situations, it can be fatal. According to a report out last year in The New York Times, because Takotsubo syndrome primarily affects women—and is usually only fatal in older women—doctors think that estrogen might play a role in protecting the heart’s blood vessels. Since estrogen levels tend to decrease with age, older woman might be at a higher risk of the syndrome turning deadly.

The Texas woman, who was 61 years old when doctors treated her in 2016, was monitored in the hospital for two days before being sent home. Because the condition can, in rare cases, become fatal—and because the symptoms of a heart attack are often extremely similar—it’s important to see a doctor promptly if you begin to experience any signs of Takotsubo syndrome. With more case reports like these, researchers are gaining a better understanding of what the condition is and who is most at risk. With this information, they say, they will be better able to treat it.