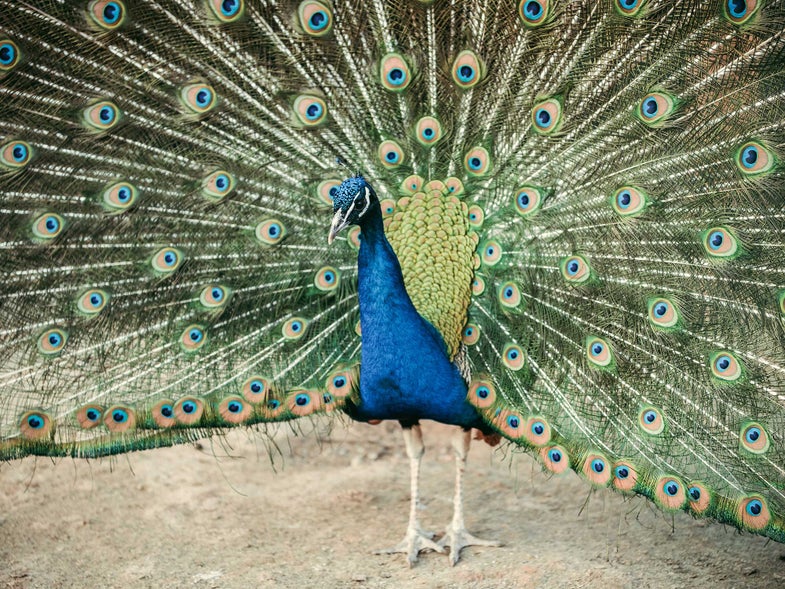 A study at Duke University sought to uncover the meaning behind the peacock’s so-called “hoot dash” display. The hoot dash is a peculiar courtship move in which a male peacock emits a loud noise, something like the honk of a clown’s horn, right before copulation. The female peahen is already ready for mating; why does the male need to let out this powerful squawk?

The researchers suspected that the male peacock is actually attempting to attract other females by boasting of his ability to snag one female. (I think there was a Seinfeld episode in which George attempted the same thing by wearing a wedding ring to attract women.) To test out this theory, the researchers recorded this “love honk” and played it back over loudspeakers for a group of peahens. And sure enough, the females approached that speaker much more often than a speaker from which some other sound (or no sound at all) was playing.

The big question now: why don’t male peacocks just fake it? They could make that evidently attractive honk noise anytime they want, but don’t seem to have grasped this amazing weapon they have at their disposal. Or maybe they just saw that Seinfeld episode. I don’t think it worked out for George.

The study will appear in the January issue of Behaviour.