Woods Hole Oceanographic Institution will incorporate the Deepsea Challenger's technology into existing submersibles and new vehicles. Also: Check out these awesome drawings of the sub! 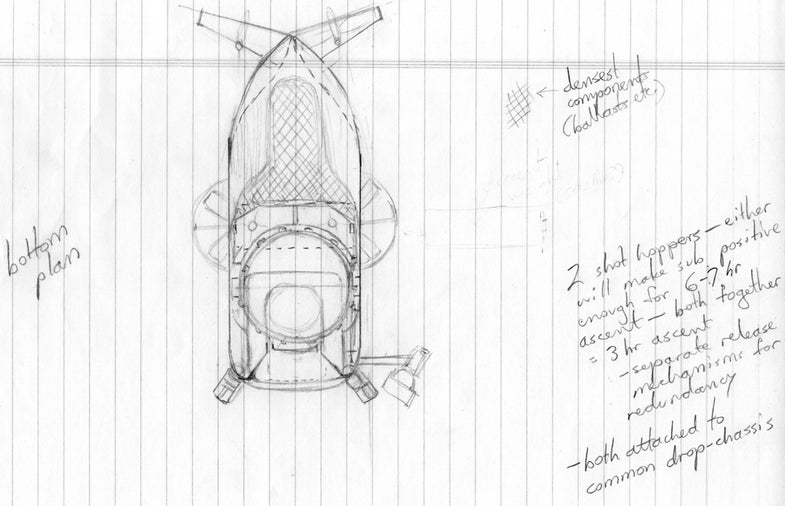 A year after his record-setting deepest dive, film director James Cameron is donating his submarine to science. The Woods Hole Oceanographic Institution, one of the premier research institutes on the planet, will take the helm of the Deepsea Challenger. WHOI plans to incorporate the custom-built sub’s technology into its existing submersibles and future research platforms.

Last March, Cameron made a solo dive to 35,787 feet in the Challenger Deep of the Mariana Trench, the deepest spot on Earth. His daring trip made him the first person to reach the bottom of the Mariana in 50 years, and the first to ever do it alone. After a two-hour controlled dive, he spent several hours at the seafloor, looking for new species. Around 68 specimens he saw may be new to science.

This new partnership with WHOI comes at a crucial time for scientific research, which is hampered by funding shortfalls. Cameron himself wanted to make a second dive, but funding was too scarce, he said. The sub took seven years to design and build, and now all that research and development will benefit the scientific community, he said. 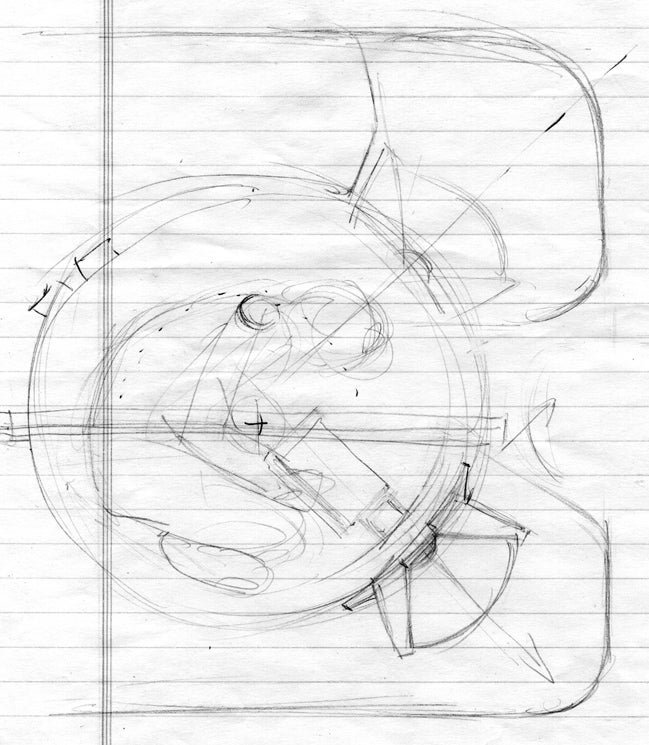 Cameron says of his drawings: “The one that’s interesting, although it’s very faint, is the one that shows how I would sit in the sphere, with the HD camera at the viewport. Surprisingly, that concept never changed.”

“WHOI is a place where the Deepsea Challenger system will be a living, breathing and dynamic program going forward,” Cameron said in a statement.

Cameron’s reps sent us some early sketches, doodled on lined paper, that he produced after a 2003 conversation with oceanographer Don Walsh. The designs evolved during the next decade, but some early concepts remained throughout.

Meanwhile, WHOI will get to work incorporating the Deepsea Challenger’s cameras and lights on its robotic divers, and potentially exploring their use on the refurbished Alvin and possibly other subs. 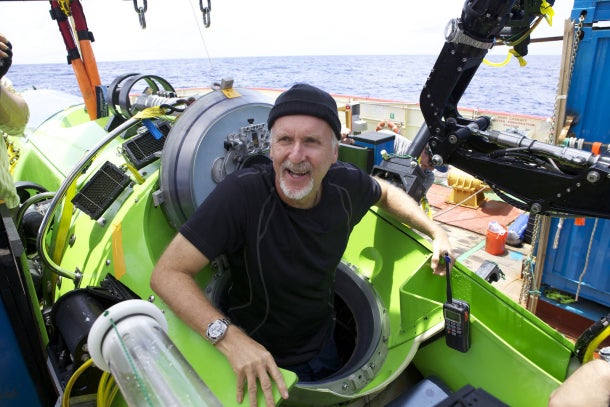 Cameron in the DEEPSEA CHALLENGER